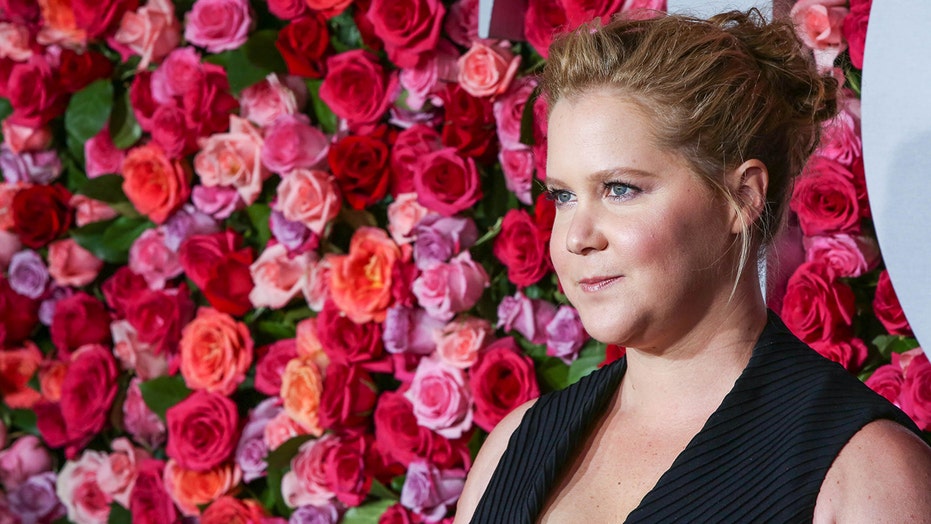 Amy Schumer poked fun at her Emmy Awards loss by posting a video of her pre-taped acceptance speech on Instagram.

Schumer, 39, was nominated in the category Unstructured Reality Program for her show “Amy Learns to Cook,” but she lost to “Cheer.”

In her acceptance speech video, the comedian was joined by her husband, Chris Fischer, who served as the expert chef for the show. He also helped Schumer executive produce the Food Network series.

The vid we made in case we won. We lost to Cheer! I loved cheer! #amyschumerlearnstocook

The “Trainwreck” star’s son, Gene, and their nanny, Jane, who helped film the show, were also in the video.

“Thanks for watching our show. Thanks for all the support and love. Thank you Food Network,” Jane said before thanking Schumer and Fischer, 40.

The comedian took over and began listing off people to thank including the producers, editors, and other staff members.

"We really had a fun time making this show, so thank you for voting for us," Schumer concluded. "Yay!"

The “I Feel Pretty” star captioned the post, “Emmy loss. The vid we made in case we won.”

“We lost to Cheer! I loved Cheer!" she added.

“Cheer” won three Emmys, even though it was embroiled in scandal following the arrest of breakout cheerleader Jerry Harris, who faces child endangerment charges.

Schumer’s decision to poke fun at her Emmys loss might have inspired Ramy Youssef’s hilarious clip after being beat by Daniel Levy from “Schitt’s Creek.”

“when you lose the emmy,” Youssef, 29, captioned a video of an award presenter waving to him from outside his home while clad in a full hazmat suit.

The presenter promptly left the “Ramy” star’s property along with the Emmy he didn’t win.

In addition to his lead actor nomination, Youssef was also nominated for outstanding directing for a comedy series, however, he did not win in that category, either.