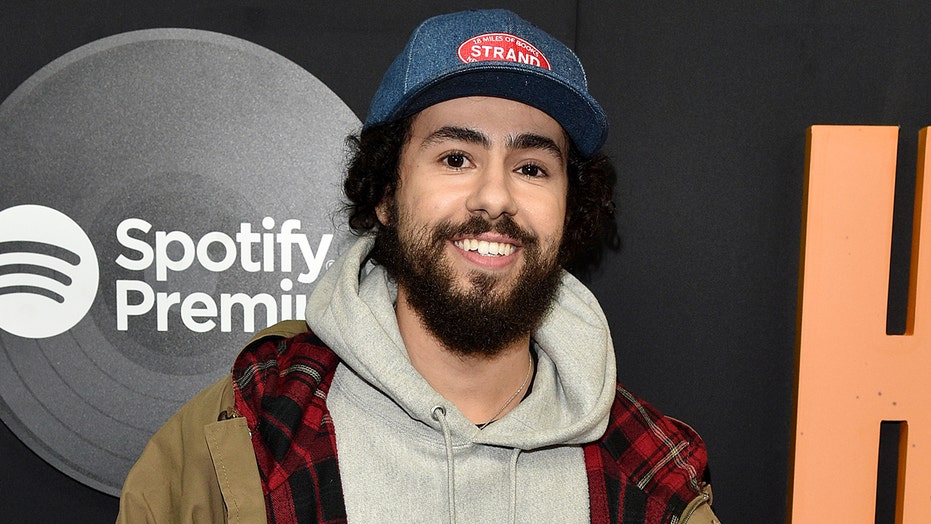 Ramy Youssef is taking his 2020 Emmy loss in stride.

The “Ramy” star tweeted out a video on Sunday following his loss to Daniel Levy in the lead actor in a comedy series category and as a consolation, his reaction might have won the internet.

“when you lose the emmy,” Youssef, 29, captioned the video of an award presenter waving to him from outside his home while clad in a full hazmat suit.

In addition to his lead actor nomination, Youssef was also nominated for oustanding directing for a comedy series, however, he did not win for either.

Throughout the evening, award presenters donning proper PPE have been popping up at the homes of winners to physically hand over their coveted trophies.

In this Feb. 11, 2019 file photo, Jerrod Carmichael, from left, Ramy Youssef and Bridget Bedard participate in the "Ramy" panel during the Hulu presentation at the Television Critics Association Winter Press Tour in Pasadena, Calif. Carmichael lamented what he called the "terrible" state of TV comedy, asked his audience if they'd seen some of it. (Willy Sanjuan/Invision/AP)

Other social media users chose to have fun with the tweet, and issued their own versions of Youssef's pain.

"When your card declines at the emmys," quipped one viewer, another writing, "the intern in Emmys hazmat suit deserves a raise."

Others were in agreeance that Youssef's tweet itself deserved an Emmy and actually, "should win a Webby."