Trump impeached by House over Capitol riots, becomes first president to face rebuke twice
The House of Representatives Wednesday made history by voting to impeach President Trump for a second time for "incitement of insurrection" after a mob of his supporters besieged the Capitol on Jan. 6 in a failed attempt to stop the certification of President-elect Joe Biden's Electoral College win. 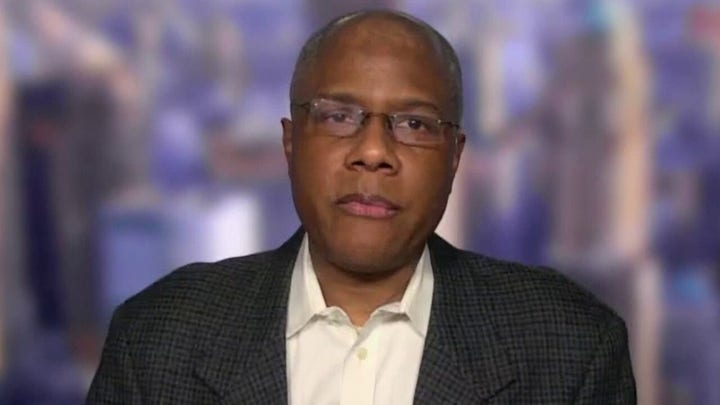 The House voted 232-197 to impeach the president. Ten Republicans joined with Democrats.

Trump has just one week left in office, but the supporters of the impeachment push say Trump is too dangerous to stay in office. The impeachment resolution condemns Trump for spreading lies that he won the election in a landslide and whipping up a crowd of supporters in Washington D.C. before the riot that killed five people, including a Capitol Police officer.  CLICK HERE FOR MORE ON OUR TOP STORY.

In other developments:
- James Comey says Biden should consider pardoning Trump
- What a Senate impeachment trial could mean for Trump - and why it might not happen at all
- Rep. Marjorie Taylor Greene vows to file articles of impeachment against Biden
- Andrew McCarthy: House impeachment vote represents 'wasted opportunity' for consensus
- Trump 'would have standing to challenge' his impeachment trial: Turley
- Kevin McCarthy says impeachment would divide: ‘Censure resolution would be prudent’

"With all due respect to Rep. Crenshaw, this is a minority view within the minority party," Gaetz tweeted to Crenshaw.

Crenshaw said earlier that Cheney had a "hell of a lot more backbone than most" and called her a "principled leader."

Cheney and nine other House Republicans voted along with Democrats to impeach Trump Wednesday for "incitement of insurrection" after a mob of his supporters stormed the Capitol on Jan. 6 in an unsuccessful attempt to stop the certification of President-elect Joe Biden's electoral college win over the president. CLICK HERE FOR MORE.

In other developments:
- These are the 10 Republicans who voted to impeach Trump
- Liz Cheney faces backlash from some GOP lawmakers after backing Trump impeachment
- Brit Hume: Division in America 'as bad as it's ever gotten' in post-Civil War era
- Tucker Carlson: Why Democrats wanted to impeach Trump again, and why the GOP went along

"I do not celebrate or feel pride in our having to ban @realDonaldTrump, or how we got here," Dorsey began a lengthy Twitter thread. "After a clear warning we’d take this action, we made a decision with the best information we had based on threats to physical safety both on and off Twitter. Was this correct?

"I believe this was the right decision for Twitter," Dorsey continued. "We faced an extraordinary and untenable circumstance, forcing us to focus all of our actions on public safety. Offline harm as a result of online speech is demonstrably real, and what drives our policy and enforcement above all.

"That said, having to ban an account has real and significant ramifications. While there are clear and obvious exceptions, I feel a ban is a failure of ours ultimately to promote healthy conversation. And a time for us to reflect on our operations and the environment around us," the CEO went on.

Dorsey acknowledged that taking such actions "fragment the public conversation", "divide us" and "limit the potential for clarification, redemption, and learning." He also admitted that the power of his corporation in the "global public conversation" has set a "dangerous" precedent. CLICK HERE FOR MORE.

In other developments:
- Snapchat to ban Trump from platform
- Parler CEO says social media app, favored by Trump supporters, may not return
- Parler CEO on 'shocking' restrictions by Amazon, Apple and Google: 'You just never think it will happen'
- Hacker goes after Parler users, archives terabytes of data 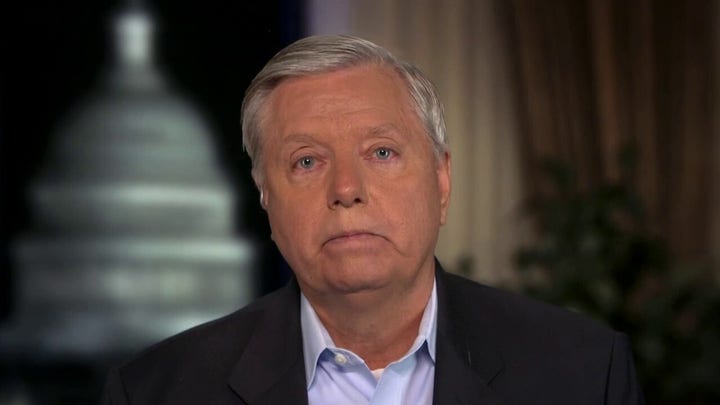 "I think we shouldn’t legitimize this (impeachment)," Graham said. "These actions, if they continue, will incite more violence. Every time you ask President Trump to calm his people down, to reject violence, he has done it. Now, how has he been met – I think by outrageous conduct by the Congress itself….To the American people, what good is going to come from impeaching President Trump when he’s out of office?"