Fox News senior political analyst Brit Hume told "The Story" Wednesday night that America is more divided right now than at any point in his life, adding that even the period of strife in the late 1960s over the Vietnam War "wasn't as bad as this."

"This is as bad as it's ever gotten [except] perhaps [during] the Civil War," Hume told host Martha MacCallum. "So the challenge for leaders at a time like this is [to] attempt to tamp us down, how we find places to agree, because this is poisonous to our country."

Hume credited President Trump for making a video statement Wednesday evening in which the president said he "unequivocally" condemned last week's riot at the U.S. Capitol. However, the analyst wondered whether the message had come too late.

He added that, while Trump bears responsibility for spreading false claims about election irregularities, President-elect Joe Biden didn't help the situation by suggesting last week that police treated the rioters lightly because the crowd was mostly White. 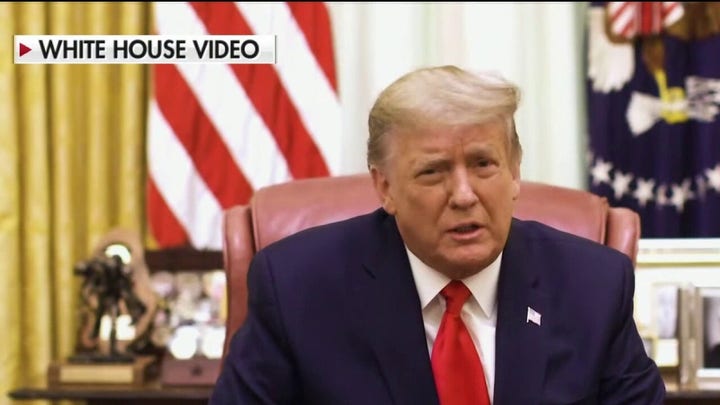 "He has the job now of trying to unify things. One way you could do it is if you could call off the impeachment dogs, but it may be too late for that."

Hume added that there appears to be no real precedent for Trump's second impeachment, since it occurred after voters opted to remove the president from office themselves.