Rep. Liz Cheney, R-Wyo., is facing calls from some Republican lawmakers to step down from her leadership post as chairwoman of the House Republican Conference after she announced that she will vote to impeach President Trump.

Another GOP congressman, Montana Rep. Rosendale, also released a statement calling for Cheney to step down.

"When Representative Cheney came out for impeachment today, she failed to consult with the Conference, failed to abide by the spirit of the rules of the Republican Conference, and ignored the preferences of Republican voters," Rosendale said in a statement. "She is weakening our conference at a key moment for personal political gain and is unfit to lead. She must step down as Conference Chair."

Ohio Rep. Jim Jordan on Wednesday also called for Cheney to be removed.

The comments seem to expose early fissures within the Republican Party. The dividing line seems to be those who still see Trump as the party’s leader and those who want to move on as quickly as possible after the riots at the Capitol last week. 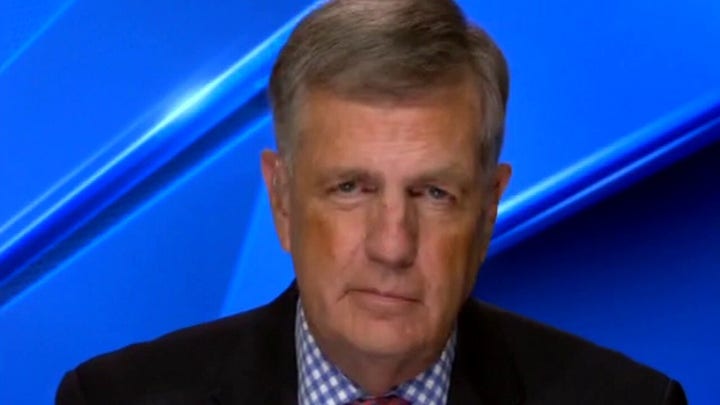 Cheney, the House GOP Conference chairwoman, said that she plans to support the Democrats’ effort to impeach Trump. She issued a statement that the Jan. 6 "insurrection caused injury, death and destruction in the most sacred space in our Republic."

She blamed Trump for fomenting the anger. She said he "lit the flame for this attack. Everything that followed was his doing."

Biggs told "Fox News @ Night" that Cheney does not represent the conference with those remarks and she should step down.

Biggs said that he is not alone and believes others will also come out and express their disapprobation with Cheney. He said if she was a rank-and-file member, her comments would likely be shrugged off, but she is the No. 3 House GOP leader.

Cheney’s office did not immediately respond to an after-hours email from Fox News. Five Republicans in the House said that they will vote to impeach.

Cheney said in an earlier statement, "There has never been a greater betrayal by a President of the United States of his office and his oath to the Constitution."

Biggs said he voted against the resolution urging Pence to invoke the 25th Amendment. He said in a statement that the "individuals who committed the crimes at the U.S. Capitol last week are solely to blame for their violent actions.

"And yet, Democrats want to blame President Trump for the violence that took place at the Capitol – a continuation of a years-long effort to undermine and overthrow the 45th President of the United States. Their partisan and spiteful actions are shameful, serving only to tear our nation further apart and shatter our Constitution," he said.