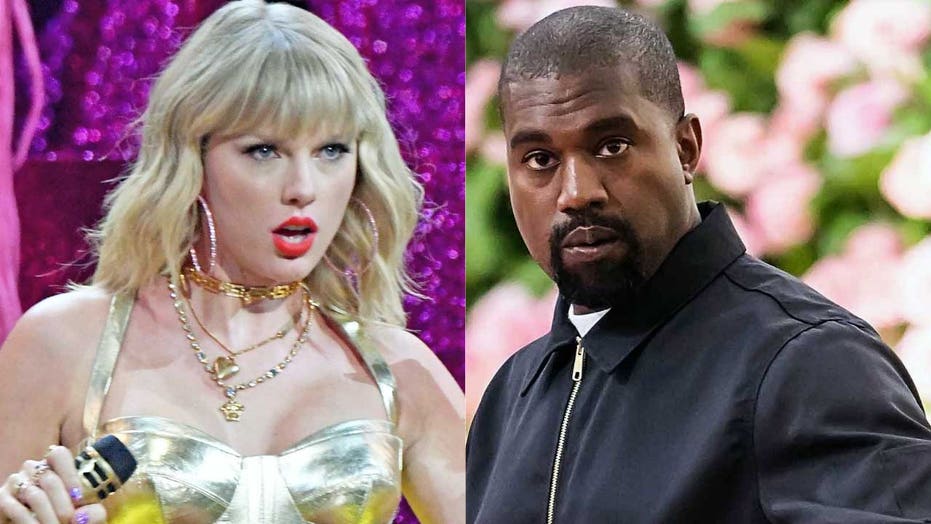 A decade after Kanye West interrupted Taylor Swift at the 2009 MTV Video Music Awards, it appears that the 29-year-old singer still isn't quite over it.

Swift, who has feuded with the rapper ever since he stormed the stage to declare that Beyoncé should have taken home the Best Female Video moon man for "Single Ladies," shaded him on the red carpet at the 2019 VMAs.

When asked on the red carpet if she had any after-party plans, Swift told an interviewer that she wasn't sure if she'd actually take any trophies home. “You never know what can happen on this show, as I’ve learned,” Swift said. “But we’re just probably going to figure out a way to celebrate anyway.”

Swift won Video of the Year at Monday's ceremony for "You Need to Calm Down."

TAYLOR SWIFT'S CELEBRITY FEUD HISTORY: FROM KANYE WEST TO KATY PERRY, AND BEYOND

Taylor Swift, at left, performs at the 2019 MTV Video Music Awards. She took a dig at Kanye West for infamously interrupting her during her Best Female Video acceptance speech in 2009. (Getty)

In 2016, Kim Kardashian posted a video of her seemingly approving lyrics about her in West’s song “Famous,” which Swift denied. later saying the clip was edited and pointing out that it didn't include her approving the phrase "that b—h."

Swift told Vogue of the backlash she faced after the incident, “A mass public shaming, with millions of people saying you are quote-unquote canceled, is a very isolating experience. When you say someone is canceled, it’s not a TV show. It’s a human being. You’re sending mass amounts of messaging to this person to either shut up, disappear, or it could also be perceived as, ‘Kill yourself.'” 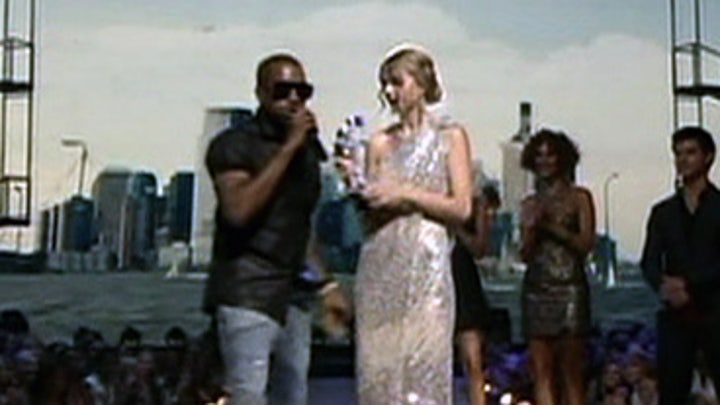 Last Friday, Swift released her new album, "Lover," which came with diary entries. One of those was about West's interruption.

“Let’s just say, if you had told me that one of the biggest stars in music was going to jump on stage and announce that he thought I shouldn’t have won on live television, I would’ve said, ‘That stuff doesn’t really happen in real life,’” she wrote. “Well… apparently … It does.”

At the VMAs the following year, a barefoot Swift delivered a melodramatic performance of her song "Innocent," reportedly written about the incident.

At the 2015 Grammys, the pair reconciled; at that year's VMAs, West presented Swift with one of her many awards of the evening.

On Sunday, Swift admitted on "CBS This Morning" that she doesn't "forgive and forget."