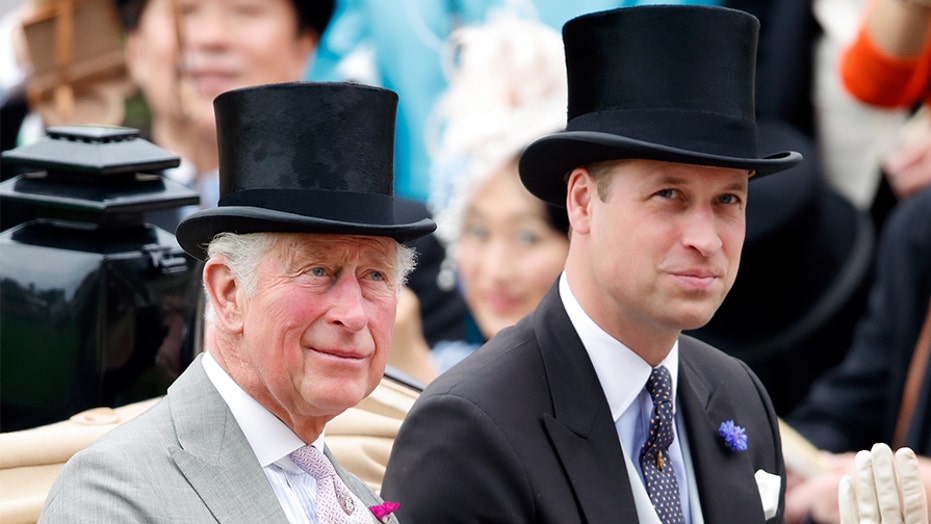 When a photo of Prince William and his father Prince Charles embracing was released on Father’s Day, it meant more than commemorating the heartfelt holiday.

Camilla Tominey, associated editor of the U.K.’s Telegraph who specializes in the British royals, told the outlet on Tuesday the intimate picture taken by Kate Middleton symbolized “an even more significant milestone in what hasn’t always been an easy relationship.”

The candid snap shows the Duke of Cambridge, 38, pulling in the smiling 71-year-old patriarch for a hug in Sandringham last December. The photo not only marked Father’s Day but also William’s 38th birthday.

“The warmth which so obviously zings between father and son seems to signify a laying to rest of the ghosts of William’s childhood and any soreness he has felt towards his father after witnessing the traumatic fallout out of his parents’ separation as a 10-year-old boy,” she claimed.

“Now a father of three in his late thirties, with Charles willingly playing the role of doting grandfather, there is a sense that William has not only forgiven him for the mistakes of the past but also woken up to the fact his father has been as much of a positive influence as [his mother] Diana, the late Princess of Wales,” she shared.

Tominey noted that the relationship between father and son appears to be very different from what it was just three years ago when the world paid tribute to Diana on the 20th anniversary of her death at age 36 from injuries she sustained in a car crash in Paris.

Tominey claimed William originally was unwilling to acknowledge his father’s role in his and his younger brother Prince Harry’s upbringing after their mother passed away.

According to the royal expert, the Prince of Wales began guiding his eldest, who is second in line to the British throne, more in everyday decision-making.

Royal expert and Vanity Fair correspondent Katie Nicholl also observed how William and Charles are closer than ever.

“Given that there have been rumors in the past that Charles was unhappy he didn’t get to see enough of the Cambridges, Charles has made a point of factoring more family time into his diary and it has paid off,” Nicholl told the outlet.

“Friends say he sees the Cambridges more than ever… The closeness is a relief for Charles, who has at points over the decades, had a challenging relationship with his oldest son,” said the best-selling author.

A palace insider also told Nicholl that William is aware of the troubles that plagued his parents’ marriage, as well as how his mother’s untimely death had a huge impact on his relationship with Charles. It also didn’t help that Charles' ongoing relationship with Camilla Parker Bowles “complicated an already delicate situation.”

“It’s no secret that Charles and his son have had ups and downs in the past, but the relationship today is very solid and strong,” said a palace insider. “It is built on love, affection and respect. They are on the same wavelength these days and when Charles talks about William it is with great pride.

“You often hear him talk of sovereignty and how they bond over this commitment to the sovereignty,” the source continued. “They will both be kings one day - and William’s oldest son will be king - and that is something that connects them and has brought them closer in recent years.”

“Since getting married and becoming a father, I think William and his father are very much on the same page,” added another source close to the Duke of Cambridge. “There’s a sense of duty that runs through them both and unites them and as far as their relationship is concerned, they’ve crossed a bridge.

“I think there was a time when Charles worried about William and whether he was ready for the role that lay ahead, but these days he has full confidence in William and sees that he has what it takes to be a great Prince of Wales and a future king,” added the pal.