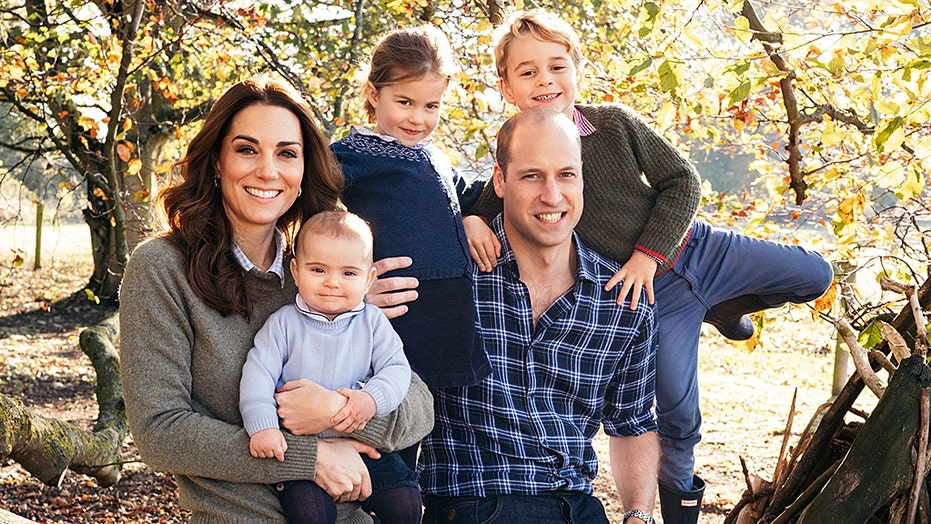 On Sunday, William, now 38, celebrated his birthday on Sunday, and on Saturday, the Duchess, 38, marked the occasion with a family photo.

In a photo taken by Middleton and shared on the couple's official Instagram account, William can be seen sitting on a swing with the three children he shares with Middleton: Prince George, 6, Princess Charlotte, 5, and Prince Louis, 1.

William and the kiddos are all smiles in the pic.

"The Duke and Duchess of Cambridge are very pleased to share a new picture of The Duke with Prince George, Princess Charlotte and Prince Louis ahead of The Duke’s birthday tomorrow," read the post's caption. "The picture was taken earlier this month by The Duchess."

The family thanked their followers for William's birthday wishes by sharing two more photos, this time, featuring William wrestling with his little ones in the grass.

"Thank you everyone for your very kind wishes on The Duke of Cambridge's birthday today," the caption read.

It is unclear if the Duchess took those photos as well, but the crew is wearing the same outfits from her original photos.

In celebration of Father's Day, a second photo of the Duke was shared by Middleton on Sunday, this one featuring Prince Charles.

In the pic, William wraps his arm around his old man while Charles, 71, rests his head on his son's shoulder. Again, both are beaming.

The post also contains a throwback photo of a young Middleton with her father, Michael.

"Happy Father’s Day!" read the post. "1. The Duke of Cambridge with The Prince of Wales at Sandringham in December 2019 2. Michael Middleton with his daughter Catherine First photo taken by The Duchess of Cambridge."