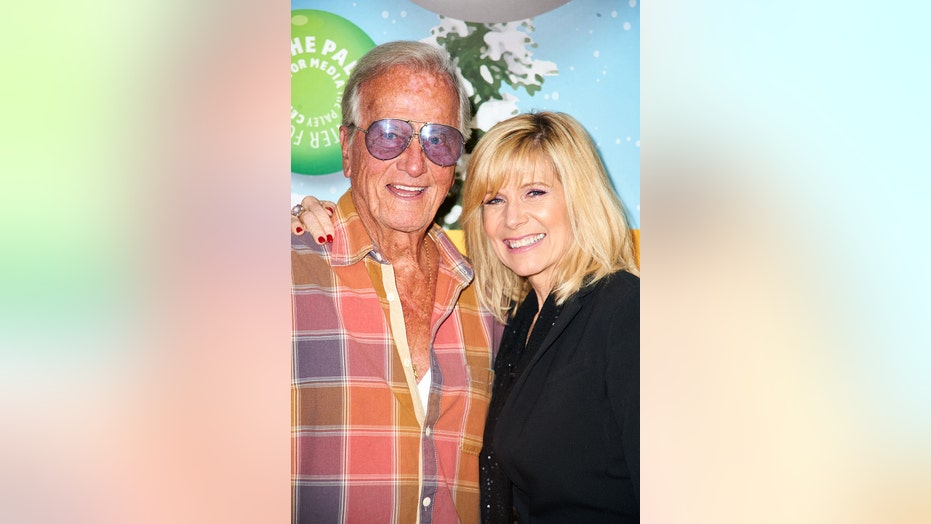 Debby Boone knows she’s had a remarkable life being a part of Hollywood royalty.

The singer, best known for her hit song “You Light Up My Life,” is the daughter of singer Pat Boone and has been married to Gabriel Ferrer, the son of Rosemary Clooney, since 1979.

Rosemary Clooney, the aunt of actor George Clooney, passed away in 2002 at age 74 from lung cancer.

“I think working with Rosemary onstage was a master class for me,” Boone, 62, recently told Closer Weekly. “She had an elegance that was so compelling. And as the grandmother to my four kids, she was one of the greatest joys that I will forever be grateful for. Boy, she just didn’t hold back. She would do anything for any one of them.”

Boone admitted it’s rare to see George, 58, for family get-togethers because he’s “so insanely busy,” but she does treasure those moments when they happen.

“Not long ago, when his twins were just toddlers and his parents were in town, he invited us to a family dinner at his home,” Boone recalled. “To spend a little time with [his wife] Amal [Clooney] — I found her to be so lovely and down-to-earth. I saw up close how crazy they care about each other and their kids. It was a heartwarming event.”

George Clooney and Amal Clooney arrive at the Los Angeles premiere of "Catch-22" at TCL Chinese Theatre on Tuesday, May 7, 2019. — Photo by Jordan Strauss/Invision/AP

“It’s very sweet — he’s just a natural at it,” continued Boone about George’s parenting skills. “He’s such a clown, George, so lots of teasing and joking, but he’s very warm and at ease with his kids. My daughter Tessa is an actress and got cast in [George’s miniseries] ‘Catch-22,’ playing one of the nurses. She got to spend a week at Lake Como [in Italy] with them and was completely taken with its beauty.”

Boone also shared there were plenty of perks growing up as Pat’s kid.

“I got to open for Frank Sinatra for a couple of weeks, which was absolutely thrilling,” she said. “Then I was invited to his home in Palm Springs called The Compound, with guesthouses named after his albums, and taken under his wing a bit. He sent a present to my son, Jordan, when he was born, a sterling silver cup engraved with the words, ‘Welcome to this world.’ Isn’t that great?”

“I got to do a Bob Hope special with Sammy Davis Jr., and he invited my husband and me to dinner at his home,” Boone continued. “He cooked for us. Can you imagine? I sound like I’m making it up. I remember his crazy ‘70s outfit, but I don’t remember the dinner.”

Shirley Boone and singer Pat Boone attend An Evening With Pat Boone at The GRAMMY Museum on June 2, 2015, in Los Angeles, California. (Getty)

BOB HOPE WAS DETERMINED TO ENTERTAIN AMERICAN TROOPS AND GIVE BACK TO THE COUNTRY HE LOVED, SAYS DAUGHTER

“My mom would say, ‘You haven’t cleaned the cat box in four days. Get upstairs,’” she chuckled.

But as Pat’s daughter, Boone learned plenty of lessons on commanding the stage as a performer in Hollywood.

“[The lessons I learned from my dad are] very similar to what I learned posthumously from my grandfather, which is the ability to be authentically themselves in front of an audience, which makes everybody comfortable,” said Boone. “They just made people feel like they were guests in their home.”

“People think I’m kind of a prim and proper goody-two-shoes, just because I inherited my dad’s sort of squeaky-clean image,” said Boone. “The worst thing that I think people might think about me is that I’m super judgmental and self-righteous. That is just not the case. I think people are constantly surprised that I am fun, that I’m not stuck up, that I have a good sense of humor and that I’m very inclusive.”

One of the joys of Boone’s life has been her marriage to Ferrer. The couple will be celebrating their 40th anniversary in September. The pair are also proud parents to four children.

“I really don’t know how I got so fortunate,” she admitted. “I had no idea who I was marrying. I knew there were certain things about him that I loved. I think he was much more mature than I was, and every year I started to discover more and more of who this amazing person was that I was lucky enough to be married to. We’ve certainly had our rough patches, but I’ve never been bored.”

"There were times, certainly, in the first couple of years where it seemed like I was singing it several times a day, nobody wanted anything else, and that was a little frustrating," she explained at the time. "But now because it is the song that connected me to so many people I just feel incredibly grateful and very happy to do it."

Rosemary Clooney with her nephew, actor George Clooney, enjoying a night out in Beverly Hills in 1998. (Reuters)

Boone also conceded that she is very protective of her relationship with George.

“We’re very, very careful because whenever anyone reaches that kind of pinnacle everybody’s after them for something," she said, "so that’s the last thing we ever want George to feel, that we’re in line looking for something from him."

“I adore George, what you see is what you get. He always will be the most charming guy. The truth is we almost never see him because he’s so incredibly busy.”