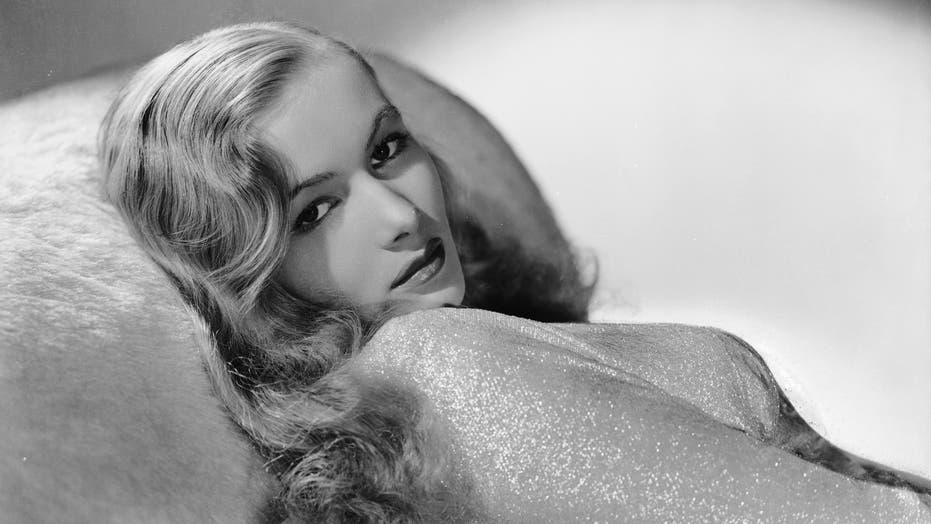 Veronica Lake, a screen siren who captivated audiences in the 1940s, had no qualms about leaving Hollywood behind.

In the recently republished memoir titled “Veronica: The Autobiography of Veronica Lake,” the actress insisted she turned her back on Hollywood, Closer Weekly reported on Monday.

“I had to get out,” the star wrote, as reported by the outlet. “I was never psychologically meant to be a picture star.”

Turner Classic Movie (TCM) host Eddie Muller, who wrote a new introduction to Lake’s 1969 book, also told the outlet that she felt trapped by being depicted as a femme fatale in films.

“She had a very aggressive stage mother who pushed her towards show business against her will,” said Miller. “She was naturally rebellious. She got tired of people expecting her to fit into a box.”

Veronica Lake, one of the top actresses of Hollywood during the 1940s, had a tragic ending to her life. (Getty)

“She was behaving the way a lot of men did, and they got a pass,” he explained. “Drinking, showing up hungover -- that’s part of Humphrey Bogart’s legend.”

In her book, Lake shared she made the decision to leave Hollywood in 1952.

According to the outlet, in 1962 Lake was working as a cocktail waitress in New York City.

“People felt very sorry for me,” wrote Lake. “But I really enjoyed the job… I seem to have found peace. Spare me the high pressures of success. I’ve been there.”

Lake, who was born Constance Frances Marie Okleman in Brooklyn, was found as a child to have schizophrenia, the New York Times reported. It was Lake’s mother who enrolled her in an acting school as therapy. She was soon discovered by film agents and eventually adopted the screen name Veronica Lake.

Despite starring in notable films such as “This Gun for Hire” and “Sullivan’s Travels,” Lake’s career had faded by the time she was 30, the outlet noted. In 1973 she passed away at age 50 penniless from hepatitis with few friends or relatives around her.

According to the outlet, Lake’s ashes remained at a Vermont funeral home until 1976 when her friend, Donald Bain, paid $200 and had them shipped to her two close friends. The pair honored Lake’s wishes to spread her ashes in the waters off Miami. However, the two apparently kept a small portion of the ashes, which were reportedly located at a New York antique store.

Back in 2018, Sue Cameron, former TV columnist for The Hollywood Reporter, recalled meeting Lake in 1960.

Cameron previously published a book titled “Hollywood Secrets and Scandals,” which details her many interviews and encounters with stars like Joan Rivers, Lynda Carter and Valerie Harper, among others. Lake was one of her many subjects.

“My picture of her was this gorgeous screen siren with the beautiful blonde hair covering one eye,” Cameron told Fox News at the time. “But there sat a woman who looked like a cleaning lady. I was really startled. I instantly knew here was someone… who was probably struggling financially. You could see she was very damaged.”

Lake allegedly turned to alcohol during the height of her fame to relieve herself from the symptoms of schizophrenia.

Cameron claimed Lake appeared to be in her 70s when she was just 47. By then she had also been through several failed marriages. The Los Angeles Times added that in her later years, Lake rarely saw her children.

By the 1960s, Lake had bitter memories about her time as one of Hollywood’s reigning stars.

“'I hated Hollywood,'” Cameron recalled Lake telling her. “'I wasn’t a person. I was a commodity. I was being suffocated here and I had to get out.'”

Cameron revealed Lake originally hesitated to do the interview because she wasn’t sure if the young journalist would know who she was.

“Sometimes I wonder if anyone remembers me,” Lake said.

Cameron would go on to witness just how far down Lake had fallen in Hollywood.

The day Veronica Lake received her star on the Walk of Fame. (Courtesy of Sue Cameron)

“That day she was getting a star on the Walk of Fame,” recalled Cameron, “she asked me to go with her. I said, 'Of course.' I had no idea there wouldn’t be anybody there. There was not one person there.

"Today, there are busloads of people that show up — it’s insane. And here was one of the most extraordinary movie stars of the ‘40s... standing alone on Hollywood Boulevard with me and Gary Owens from ‘Laugh-In’ and her star sitting there.”

Cameron claimed there was no one to welcome Lake on what should have been a joyous celebration honoring her big-screen accomplishments.

“There was no microphone,” she claimed. “There was nothing. It was just three people… I was devastated for her. Just devastated… It was really a stunning experience. I could see that she recognized what was happening.

"She put on a brave face. She tried to smile through it. But you could see that she was just trying to get through it. She wanted to get it over with and she couldn’t wait to leave. She literally left town as soon as that picture was taken.”

Before Lake left Hollywood for good, she told Cameron she hoped their meeting wouldn’t be the last. It was.

“I now think it was a mistake for her to come back to Hollywood,” Cameron admitted. “She would have been better off staying where she was. She looked very haggard. She looked like she had been a drunk for years. But she wasn’t drinking that day. It’s possible, and this is just speculation, that she was sober.

American actress Veronica Lake (1919 - 1973) in costume for the film noir 'This Gun For Hire.' (Photo via John Kobal Foundation/Getty Images)

"And wherever she was living, she might have felt safe. But then she went off and dipped her toe again in Hollywood and got screwed over once again with nobody there. I’ve been to so many star unveilings. Hers was really the only one where there were just no people… it was strange.”

Cameron said she believed Lake drank to drown out memories of being pushed around in Hollywood.

“She was a rebel from the very beginning,” she explained. “And I understand that she wasn’t very nice on sets. That she yelled at people, yelled at her co-stars. I guess that’s why she was thrown out of Hollywood.

"Alcoholics seem to have a self-destructive button. And the many good things that happen to them? They tend to blow it up. I think she did it deliberately without even knowing.”

Cameron said she regretted not finding another opportunity for the two to reunite.

“When someone becomes a star and they don’t have… family or people who are really supportive and appreciative of them, they don’t do well in Hollywood,” said Cameron. “It’s very, very hard to be a public personality. And if you don’t have stability, faith or a true sense of self, you will just perish… She looked like she needed a friend."