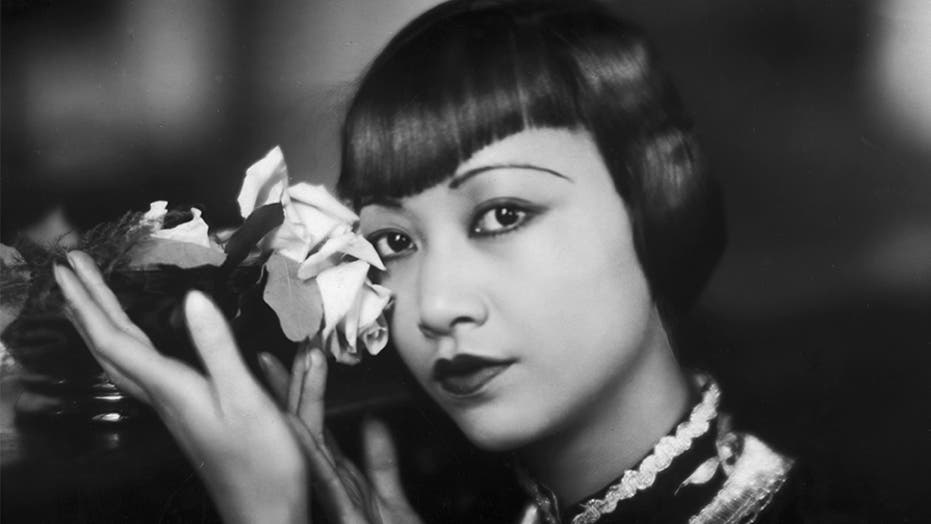 EXCLUSIVE: Alicia Malone is thankful that Anna May Wong, who is considered to be Hollywood’s first Chinese-American movie star, is getting rediscovered by new fans nearly 60 years later since her death.

Ryan Murphy’s newest series, Netflix’s “Hollywood,” reimagines the history of classic cinema post-World War II in which a group of aspiring actors and filmmakers try to make it big, overcoming unfair biases across race, gender and sexual orientation. The show, which features portrayals of both fictional and real-life actors, highlights Wong’s career and the mistreatment she endured.

“I’m glad people are rediscovering her,” Malone, who is a Turner Classic Movies (TCM) host, told Fox News. “She was just a beautiful figure, an absolutely talented actress. She had an effect, an undeniable characteristic that just drew your eyes to her whenever she was on the screen. I think she will forever be an icon. And it’s a shame because she didn’t get to see that for herself in her lifetime.

“You wonder what could have happened if Hollywood gave her the chance to play a role that was worthy of her talent,” Malone said. “I’m really glad that people are discovering her now and hopefully, they’ll go back and watch her movies.”

Wong, who was born Wong Liu Tsong in the Chinatown area of Los Angeles, was working at her family’s laundry business when she started visiting movie sets in the 1910s, the National Women’s History Museum shared. She would often skip school and use her lunch money to go to the movies. By age 9, Wong knew she wanted to become a movie star. At age 11, she came up with the stage name “Anna May Wong” and by 1919, she was cast as an extra in a film titled “The Red Lantern.”

Wong continuously tried out for leading roles but always cast as a supporting character. According to the museum, anti-miscegenation laws in the U.S. prevented interracial actors to kiss on-screen, which prevented Wong from landing romantic leading roles.

In 1924, she launched her own production company named Anna May Wong Productions, in hopes of making her own films. However, the company ultimately closed after her business partner was caught in dishonest practices. Wong resented the stereotypical roles Hollywood continued to offer her. However, she endured it to continue working.

“Anna May Wong became frustrated with Hollywood and the stereotypical roles she kept getting,” Malone explained. “She ended up moving to Europe because of that. As a silent film actress, she successfully was able to transition to sound or ‘talkies.’ She did English, French and German films and stage productions where she fluently did all the dialogue. But when she returned to Hollywood, she, unfortunately, was given more stereotypical roles.”

Actress Anna May Wong in a scene from the movie 'Dangerous to Know.' (Photo by Donaldson Collection/Getty Images)

“She often played [what] they called the ‘Lotus Flower’ character, a doomed tragic figure,” Malone continued. “There was also the ‘Dragon Lady,’ this harsh, terrifying woman. And it was very common at the time for white actors to appear in yellowface. It must have been heartbreaking for Anna May Wong to see the heritage that she was so proud of to be reduced to a stereotype.”

The biggest controversy Wong endured was when she auditioned for 1937’s “The Good Earth,” a film about Chinese farmers struggling to survive. By then, Wong was a star and had worked opposite Marlene Dietrich in 1932’s “Shanghai Express.”

The role Wong auditioned for was ultimately given to Luise Rainer, a German-British actress who wore yellowface. She went on to win the Oscar for Best Actress in 1938.

“[Hollywood] went with what they thought was a safer choice -- a white actress -- for the lead role,” Malone said. “Anna May Wong was devastated by this. No one has been able to find this famous screen test, but legend has it she was just remarkable and blew everyone away. And yet, they were unwilling to cast her because they thought it was too much of a risk to have an Asian actress for the leading role. It was a big production and would have caused a lot of controversy among audiences.”

Anna May Wong, circa 1928 (Photo by Kiesel/ullstein bild via Getty Images)

Wong was offered the supporting role of Lotus, a concubine, but she refused on the grounds that “as a Chinese-American actress in a cast mostly made up of Americans playing Chinese characters, it was unthinkable for her to play the lone, unsympathetic role,” TCM shared.

According to Malone, Wong headed to China after the disappointing snub but was faced with growing backlash by reporters who criticized her portrayals of Chinese women.

“In Hollywood, all she could be was the Lotus Flower, Dragon Lady, or nothing at all,” Malone said. “It was an impossible situation. She still ended up working right until the television age, but it never ended up taking off in the way that she would have truly liked. She couldn’t win either way.”

Wong was gearing up for a Hollywood comeback when she passed away in 1961 at age 56 from a heart attack.

Actress Anna May Wong and Sessue Hayakawa with Harold Minjir in a scene from the movie 'Daughter of the Dragon.' (Photo by Donaldson Collection/Getty Images)

“Marilyn Monroe became a commercial icon and you can’t walk down Hollywood Boulevard today without seeing something related to her,” Malone pointed out. “But with Anna, her story hasn’t been told as widely, like in the case of Monroe, which is really sad. I’m glad that’s now being fixed. And she was a fashion icon in her own right. She had an iconic haircut and was never seen without wearing beautiful clothes. She was gorgeous, and yet she was always trying to better herself. She even studied other languages to help her expand the kinds of roles she was given. She was willing to do it all, but it was never enough.”

In May, TCM featured some of Wong’s films during its special program titled “Asian Americans in Classic Hollywood.” Malone hopes Murphy’s new show will encourage audiences to learn more about Wong and her many accomplishments in film.

“She was just so captivating,” Malone said. “That’s the word I would use for her. I just love to watch her on the screen. She was beautiful to watch and no doubt a talented actress. She wasn’t given many chances back then, but I’m glad to get to celebrate her now.”

Anna May Wong, circa 1935. (Photo by General Photographic Agency/Getty Images)

“Hollywood” is currently streaming on Netflix.