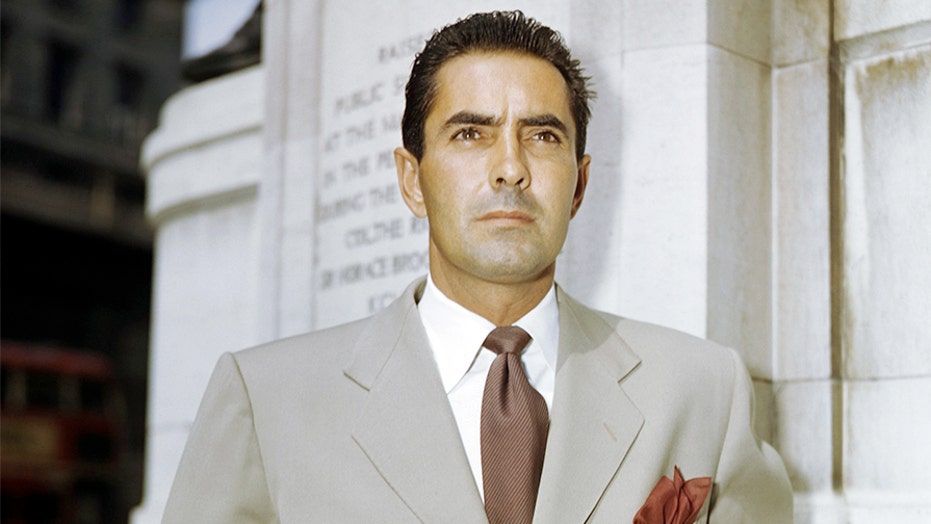 “I have this memory of hanging on his back in the swimming pool,” the actor’s youngest daughter told Closer Weekly for this week’s issue currently on newsstands.

The actress, 66, also recalled “laughter, sunshine and the smell of Coppertone suntan lotion.”

“I remember the feeling of holding on to someone I really trusted,” she said. “I felt safe.”

Power, a sought-after star in the ‘30s and ‘40s, was also a devoted father, his oldest daughter, Romina Power, insisted.

“When he came home he would come straight to my nursery,” she said.

Portrait of actor Tyrone Power playing on the grass with his young daughters Romina (right) and Taryn, circa 1955. (Photo by Keystone Features/Hulton Archive/Getty Images)

According to the outlet, Power’s second wife, Linda Christian, whom he married in 1949, miscarried twice before giving birth to Romina in 1951 and Taryn in 1953. While Power doted on his daughters, he also longed for a son.

Christian and Power ultimately called it quits in 1956. Two years later, he married Deborah Ann Minardos in 1958. They remained together until his death that year.

Minardos was two months away from giving birth to Tyrone Power Jr. when her husband suddenly passed away at age 44, the outlet noted.

“My mom said that if I had been a boy, he would never have left,” said Taryn.

She shared that her father would have been proud of all his children carrying on his legacy as performers.

“The last chapter of my father’s life was pretty unfortunate,” she said. “He never got to see or hold his son. But now we have a half brother who we are very close to.”

Power, famous for his athletic physique and good looks, was a leading Hollywood star in the ‘30s and ‘40s, the Los Angeles Times reported.

In late 1958, Power and his co-star George Sanders were shooting a sword-dueling scene in Madrid for the upcoming film “Solomon and Sheba” when Power started suffering from pains in his left arm and chest, the outlet shared. Power lost consciousness and was then transported to a nearby hospital where he was pronounced dead of a heart attack.

The film was completed with Yul Brynner taking over for Power, reported the outlet.

Back in February, ‘50s star Terry Moore told Fox News “it was wonderful” to work with the star before his tragic passing.

Tyrone Power and Terry Moore embracing in a scene from the film 'King Of The Khyber Rifles', 1953. (Photo by 20th Century-Fox/Getty Images)

The star appeared together in the 1953 film “King of the Khyber Rifles.”

“I still dream about it,” she said at the time. “Can you believe it? I found out not too long ago that he was a proud Marine in World War II [who] shot down Nazi planes. Not only was he gorgeous, but he was brave.”

“He could do anything,” continued the 91-year-old. “He dueled, he was a great horseman, a rifleman, everything.”