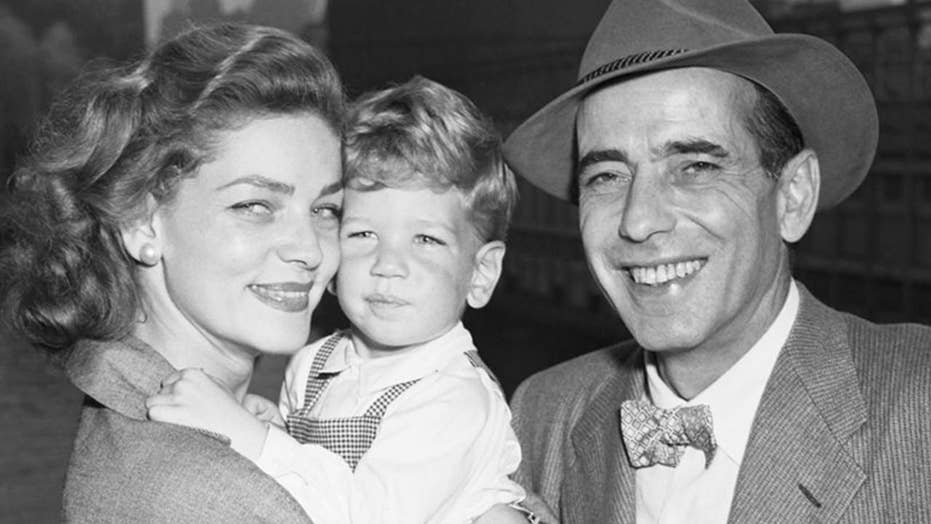 Stephen Bogart talked to Fox News about growing up with his famous parents Humphrey Bogart and Lauren Bacall and how he tries to keep their legacies alive.

Stephen Bogart realized his parents were different when his father, Hollywood actor Humphrey Bogart, passed away when he was 8 years old.

It was 1957 when the beloved patriarch died after an 11-month battle against cancer at age 57 in his Los Angeles home. Humphrey put his hand on the arm of his wife, actress Lauren Bacall, and last murmured “goodbye, kid,” shortly before his death, Dr. Michael Flynn told the Detroit Free Press.

“When my father died there were 3,000 people I didn’t know at the funeral,” Bogart, now 70, told Fox News. “I figured there was something different. And there certainly was.”

While Bogart has inherited the same distinct, no-nonsense tough guy voice of the original Rat Pack member, he admits some of his memories have faded with time. Still, he’s determined to keep the legacy of his movie star father alive.

Bogart is the co-managing partner of the Humphrey Bogart Estate, which celebrates Humphrey’s iconic films through the annual Bogart Film Festival along with the British brand Aquascutum as well as Warner Brothers and Everi Games.

“We’re trying to do stuff that will reach a lot of people,” said Bogart. “We try to do things that not only keeps him alive but classic Hollywood alive. There’s a lot of great movies now… but I think there’s still room for classic Hollywood.”

Most recently, they launched a partnership with ROK Drinks to offer Bogart’s Spirits, which was inspired by the actor and his love “for a good cocktail.” Each bottle features the icon’s image, along with one of his memorable quotes, as well as his autograph engraved in the glass.

“My dad liked a wide variety of spirits, but he preferred gin and whiskey,” said Bogart. “Some of his favorite cocktails were martinis, which were made with gin in those days, gin and tonics, Manhattans and Old Fashioneds.”

Bogart admitted he didn’t see his dad a lot in his childhood, as he immersed himself in his work. But he still had vivid memories of bonding with him on his boat, the Santana.

“He would take me down to the Santana,” he explained. “Eventually, finally, when I learned how to swim, we would go out on the boat. I remember going to Catalina Island and swimming back... to the Santana. I made it and he was very proud of me at that time because he knew that I knew how to swim. That kind of pride sticks with you.”

Stephen Bogart on set with his father. (Courtesy of the Humphrey Bogart Estate)

“He didn’t like women on the boat,” continued Bogart. “As he said, he couldn’t pee over to the side.”

“When he’d come home from work, he would want to have dinner with her,” Bogart recalled. “It was the age in the ‘50s when kids were seen, not heard. Parents had dinners, at least my mother and father did, with the adults. But they were in love. And they were good together. They were man and wife.”

Humphrey Bogart And Lauren Bacall with their son. — Getty

Bacall first worked alongside Humphrey in the 1944 film “To Have and Have Not.” They became lovers on set and later married in 1945. The couple starred in a total of four films together.

“She was pretty good looking,” said Bogart on what drew Bacall to his father. “She was 19 and he was 44. But I think it was her strength. She was a strong woman. She didn’t take crap from anybody. He thought she was very talented as well, but she could also keep up with him.”

The Detroit Free Press shared Bacall stayed by her husband’s bedside until the end. After he died, Bacall broke down “but snapped out of it” to hold herself together.

Bogart said Bacall coped with the loss by leaving behind California.

“A year later we were living in England,” said Bogart. “And then we moved to New York. I had a house with a pool in California. Life was pretty good. And then all of a sudden, there was a big change for all of us. But I think she eventually started to do the things she wanted to do for herself. She always wanted to move back to New York because her mother lived there. And I think that was important for her. And she also got into theater.”

Bacall eventually remarried in 1961 to actor Jason Robards. That union lasted until 1969. Still, Bogart shared his mother always talked about Bogart and his films.

“She would talk about him all the time,” said Bogart. It was almost like, ‘What would your father think?’ or “Your father believed in treating people correctly.’ And that’s what she wanted me to do too. … She wanted me to remember that he didn’t like to lie. He wasn’t a liar. She always used to pound that into me. Don’t lie. Tell the truth. That was a big deal.”

Bacall, a star in her own right who captivated audiences with “the look,” died in 2014 at age 89. Bogart said he shared a close bond with his mother over the years and still missed her greatly.

“Just the fact that she’s not here anymore, you know?” said Bogart on what he missed the most about Bacall. “Being able to talk to her. I left home to go to boarding school when I was 13. I didn’t really live with her after that, but she was always there to talk to and just to hear her voice. I think hearing her voice is a big thing.”

After Bacall moved to New York in 1958, she settled into the famous Dakota building, which she called home until her death. And while she kept busy working in her 70s, Bogart said her final years were difficult.

Bogie and Bacall with Stephen. — Courtesy of the Humphrey Bogart Estate

“She was sick and in bed a lot,” he admitted. “The last couple of years, they weren’t great for her. Not that they’re great for anybody as they go down that road, as I’m now 70 years old. She had a couple of illnesses and she really didn’t go out much. She liked to stay at home. I don’t know how you feel when you get to that point, but… it wasn’t great for her. She was used to getting up and doing things, going out. She had assistants there for her all the time if she needed them. But I think it was a very tough time for her, those last few years.”

Today, Bogart happily lives in Naples, Fla., with his wife Carla — and wouldn’t have it any other way.

“Life is great,” he said. “… I play some golf and, knock wood, I’m healthy so far. I’m perfectly content right now. I have three children and one grandchild. Two of them live in Florida so I get to see them and talk to them.”

And has Bogart ever been tempted to pursue the family business? Not a chance, he insisted.

“How do you compete with that?” said Bogart. “The comparisons would have been obvious. No, never. Plus, I was lousy at it. I was in a couple of plays in high school. I wasn’t very good. I couldn’t do it. I just wasn’t very good at all. It’s not an easy thing to do, to be someone else.”