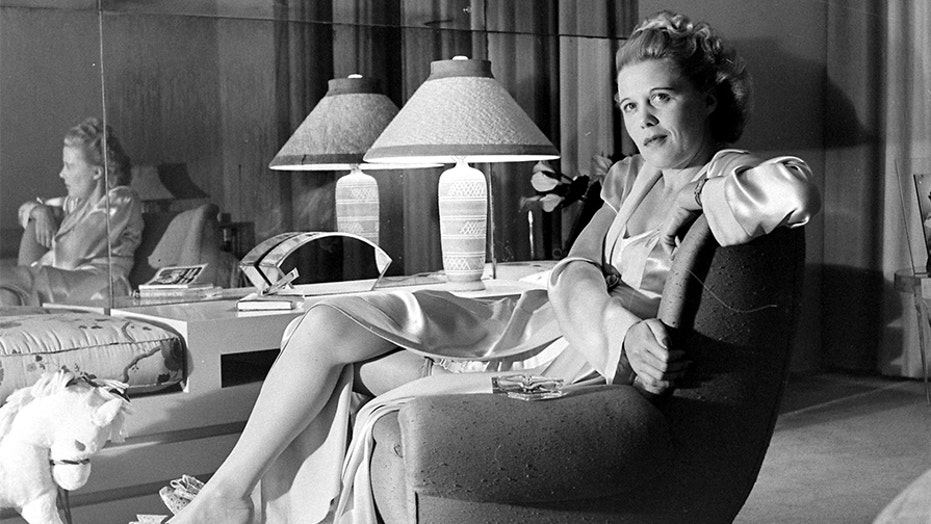 There was one important blonde in Alfred Hitchcock’s life and it wasn’t just Grace Kelly, Tippi Hedren or even Kim Novak.

Joan Harrison, a creative collaborator with Hitchcock, would play an influential role in the fellow Brit’s career in Hollywood. After her death in 1994 at age 83, the screenwriter and producer was seemingly forgotten -- at least until now.

Recently, Christina Lane published a book titled “Phantom Lady: Hollywood Producer Joan Harrison, the Forgotten Woman Behind Hitchcock,” which explores the late star’s life and legacy. For her biography, Lane spoke to Hitchcock’s daughter, Patricia Hitchcock, as well as others who knew and worked with Harrison over the years.

“Joan was the prototype of the Hitchcock blonde,” Lane told Fox News. “She was a gorgeous, highly fashionable blonde and she was sharp as a whip. Hitchcock sang her praises and she did kind of inspire the Grace Kelly and Kim Novak figures who came later. She played a very valuable role, but her work was behind the scenes. She’s fascinating and so important. And yet, she didn’t necessarily get her due.”

In 1933, Harrison was originally hired as a secretary by Hitchcock before she graduated to reading scripts, writing synopses and even writing. She went on to receive her first writing credit on Hitchcock’s 1939 film “Jamaica Inn," and that same year, Harrison accompanied Hitchcock to Hollywood, working as his assistant and then a writer on “Rebecca,” “Suspicion,” “Saboteur” and “Shadow of a Doubt,” the New York Times reported.

“Joan grew up in a sheltered environment,” Lane explained. “She was the daughter of a newspaperman and her parents certainly didn’t see her as a career woman. They thought she would marry the boy next door and become a woman of leisure. But from the very beginning, she had high hopes for herself.

“It’s unclear whether Hitchcock was won over by her work, personality, or if he was just ready to end the initial interviewing process,” Lane continued. “But there’s no denying she sealed the deal for herself. He was impressed by her love of true crime and she understood the importance of suspense in telling a story. She was the worst secretary he’s ever had, but quickly became the best collaborator he could have ever asked for.”

It is believed that Harrison may have been the inspiration behind the “Hitchcock blonde” or “icy blonde" --  the cool, controlled, confidant leading lady whose sophistication, golden tresses and unmistakable beauty carries the director’s film with an unequally unshakable presence.

Alfred Hitchcock dining in a New York Restaurant with his wife Alma, his secretary Joan Harrison, and his daughter Patricia. (Getty)

“We can all speculate what was going on in Hitchcock’s mind,” said Lane. “I do sense that his fantasies played out on the big screen. I think he probably had a bit of an attraction to Joan, one she certainly didn’t entertain. But Hitchcock had a lot of different kinds of romantic desires, visions, fantasies and nightmares -- and a lot of that was played out in his films. But I think probably working in close proximity to Joan on a daily basis fueled a lot of his ideas. But he had blondes in his films before. He was always fascinated by blondes. But it definitely kicks in more once Joan becomes an increased presence in his life.”

But Harrison shone on her own. According to the New York Times, she went out on her own in 1941 and was hired by MGM to write the script for “The Sun Is My Undoing.” In 1943, she was then hired as a producer at Universal and her first film was “Phantom Lady.” Then in 1994, she produced and shared the screenwriting credit for “Dark Waters.”

“She wasn’t an actress, but she knew everybody in Hollywood,” said Lane. “She wasn’t getting into gossip columns, but she was a huge personality. She was known for being really funny. She was really attractive to men, especially in men Hollywood, whom many felt that they were with women who were maybe a bit artificial or produced by the studios. She was who she was.”

Harrison reportedly had liaisons with Clark Gable and Kirk Douglas before she married spy novelist Eric Ambler in 1958, Newsday reported. They remained together until her death. According to the New York Times, she was 83 at the time of her death.

But like many screen sirens, Harrison found herself aging in Hollywood and the opportunities started to dwindle. After tying the knot, she and Ambler left behind Hollywood for London.

“She still pined after Hollywood,” Lane said. “She loved the sunshine and she wanted to be with her friends. She wanted to be around the culture. For the last 10-20 years of her life, she was not really enjoying retirement. But she also felt that she couldn’t necessarily live out the life she wanted.”

But Harrison’s life was far from a tragedy, Lane insisted. It’s a story, with all its highs and lows, that was waiting to be told in the town she loved.

“I hope that after reading this book, people will have an understanding of how women can be forgotten in Hollywood,” said Lane. “We need to actively remember them and their contributions to Hollywood. I hope I contributed to that.”