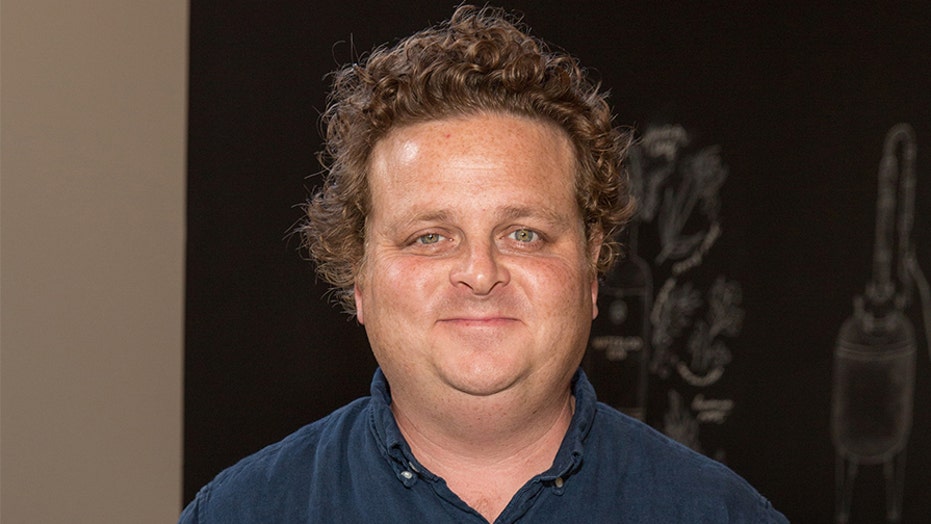 EXCLUSIVE: Patrick Renna has plenty of reasons to celebrate.

The actor and his wife, Jasmin, recently welcomed their second child, a baby boy named Liam James Renna, on June 6. The couple shares a 3-year-old son named Flynn Maxwell, who they welcomed in April 2017.

The 41-year-old also launched a variety show series on YouTube titled “You’re Killing Me with Patrick Renna,” which pays homage to his 1993 film “The Sandlot.” The series aims to give fans a glimpse into Renna’s life in Hollywood. It also features interviews with some of his friends and co-stars, including Pauly Shore, Erika Christensen and Jamie Kennedy, among others, who share their stories from the set.

Renna spoke to Fox News about “The Sandlot” becoming a cult classic, how he escaped the child star curse and why he decided to launch a variety show now.

Fox News: Fans still remember you from your time on “The Sandlot.” What’s one of your favorite memories from the set?
Patrick Renna: Honestly, every time I talk to any of the guys from the film, I just remember how great we all got along. We really did become brothers. Every time we get together, it’s like we go back to that time. It’s like nothing has changed. We always get together, laugh and just have a great time. I’m grateful the film continues to be special for fans because it was definitely special for us. I’m grateful we had so much fun during that time and turned that into a movie.

Fox News: What are some fun facts about the film that would surprise fans today?
Renna: That’s a tough one because I feel like fans know everything at this point. [laughs] I guess for me, the one thing many people don’t know about is just how fast and how much of a whirlwind the experience of making that filming was. I was actually one of the last people hired for the film. I think it took about 40 days to film “The Sandlot,” which is incredibly short for a movie. And before you know it, it was over. I think that’s the craziest fact -- that we got a pretty spectacular film in such a short period of time.

Fox News: Did you originally audition for the role of Ham Porter?
Renna: I think I was probably the only one that was not considered for a different role in the film. I pretty much had Ham Porter all over me. I think once they saw me, it was obvious they got their Ham Porter.

Fox News: Does it ever get tiring for people to constantly associate you with that role?
Renna: You know, I don’t know. The truth is, I just try and look at that role in the most positive light. The film has a lasting effect on people. Not too many people can say they were in a film that has become so iconic or a part of people’s childhoods. I’m grateful for that. I feel like I did my job and more. And the reality is, I’m gonna have to live with it. No matter how many characters I play, I will still be Ham Porter in people’s eyes. So I might as well as enjoy it and use it to my advantage.

Fox News: How did you escape the so-called child star curse?
Renna: I’m lucky I came from a great family who gave me a solid foundation. I didn’t switch schools when I started acting and I kept the same friends. I remember I tried for a semester to go to a different school and that didn’t go over so well. My parents gave me as normal of a childhood as possible, so any kind of celebrity never got to my head.

I would be lying if I said I didn’t have some fun in Hollywood during my late teens and early 20s, but I never really got into drugs. I wasn’t a big partier. I think staying away from those things, having a supportive family and keeping the same friends are key. I think that’s what kept my head on somewhat straight. I don’t know if any of us have a real straight head on our shoulders, but at least it’s not completely off to the side.

Fox News: When did you realize that “The Sandlot” had become so iconic?
Renna: I think it came in stages. Every five years, I would get so surprised at how many people still remembered it. Every time I think it’s going to be forgotten, it somehow resurfaces. Do I hope this lasts forever? I hope so. Because I know how much happiness it has brought to people. But it always amazes me how this simple film became a part of so many people’s childhoods.

Fox News: What compelled you to release your variety show “You’re Killing Me with Patrick Renna”?
Renna: Generally speaking, it was just fun to do. I was actually planning on launching this with a group of close friends before the pandemic happened. And when that happened, we decided this could be a great opportunity for us to stay busy and connected here in Los Angeles. Initially, I put it on pause, but after discussing it, we thought this could be something good for fans who are at home and need something to entertain them.

It’s about me, my family, being a new father, working as an actor in Los Angeles and my life in Hollywood. But I also talk to close friends and co-stars from various films I’ve done about our childhoods. Growing up in the ‘90s, I realized that I was a part of a lot of people’s nostalgia, but I missed out on my own. So this is an opportunity for us to share those experiences talk about our time on those sets.