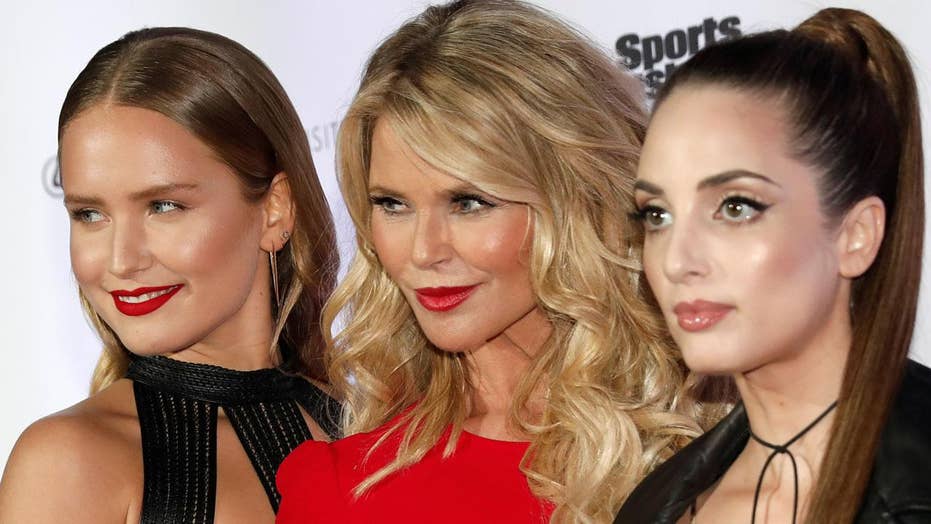 Christie Brinkley is ready to put on her dancing shoes even if her kids think differently.

The Sports Illustrated Swimsuit cover girl was announced on Wednesday as one of the 12 competing celebrities to participate in the 28th season of “Dancing with the Stars.” The 65-year-old told People magazine her children had a surprising reaction to their mom joining the competition.

“They laughed,” admitted Brinkley. “They were like, ‘Oh you’re going to do ‘Dancing with the Stars?’”

Brinkley and Sailor previously posed alongside Alexa for the 2017 Sports Illustrated Swimsuit issue. As for Jack, he has kept busy with his new ride-sharing service called Rove, which caters to New Yorkers traveling to the Hamptons.

Season 29 of “Dancing with the Stars” premieres Sept. 16 on ABC.

In February, Brinkley told Fox News she was eager to turn the big 6-5.

“I think that the number really doesn’t represent the modern woman today,” she explained at the time. “In the olden days, the numbers came with so many rules and so much weight on a woman. There were so many restrictions associated with certain numbers. Like after 30 you can’t wear your skirt above your knee. After 40 you shouldn’t wear your hair below your shoulders. Nowadays, women are totally reshaping the numbers and giving those numbers a new image. To me, to be turning 65, it really could be any number. The only thing is that once you pass 50, every birthday is an opportunity to take stock and say, ‘What else do I want to do?’ And then go for it!”

“I’ve always loved sports and doing things outdoors,” she said. “Whether it’s running around the tennis court, standup paddleboarding, skiing, kayaking, cycling, mountain trails — I just love being active and doing things. It’s just so important to keep moving every day, especially at my age now. My enemy is sitting. It’s a big mistake for people to think they need to sit it out. That’s the worst thing you can do. You gotta get yourself to a physical therapist, figure out what’s causing those aches and pains, strengthen your muscles and keep going.”