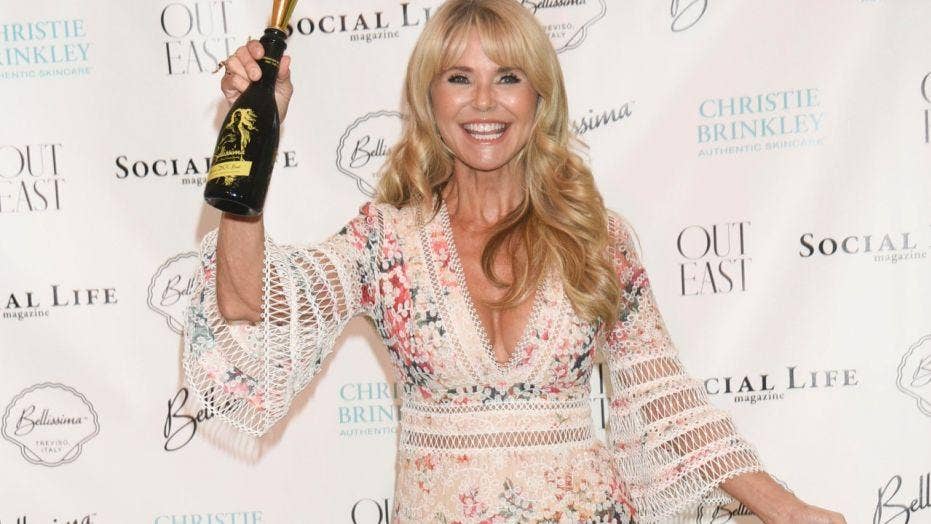 Christie Brinkley opens up about defying the odds of aging and some of her favorite memories with Sports Illustrated.

Christie Brinkley said she is thankful to be alive 25 years after she and five others nearly died in a helicopter crash during a trip in Colorado.

The 65-year-old model reflected Monday on the 1994 near-fatal incident in Telluride, saying she sees each day as a “gift” after surviving the terrifying ordeal.

“This happened 25 years ago today and not a day goes by that I have not counted my blessing for being alive,” Brinkley wrote in an Instagram post of her 1994 People magazine cover where she opened up about the incident. “I know for a fact that tomorrow is not a guarantee and that each day is a gift and an opportunity to make sure that everybody we love knows it!”

Brinkley and five others were heli-skiing — using a helicopter to transport skiers to the mountain peak after each run down a slope rather than a ski lift — when the chopper took a sharp turn and began tumbling down the mountain. Brinkley recalled to People in 1994 thinking she was going to die.

CHRISTIE BRINKLEY NAMES HER BIGGEST REGRET: ‘GOD, WHAT WAS I THINKING?’

The supermodel said she then thought about her daughter, Alexa Ray Joel, who was on the Colorado trip but not in the helicopter at the time, and vowed to stay strong. Brinkley eventually fell out of the helicopter’s open door and landed in the snow. The five other people in the chopper also survived.

Brinkley said seeing her daughter when she arrived at the hospital was “the sweetest thing in the world.” Billy Joel, her husband at the time, also met them a short time later.

“She came over to me, put her hands on my face and hugged me. I told her I loved her so much,” Brinkley told People.