Singer and songwriter Alexa Ray Joel reveals the adorable way her dad sneaks into her performances.

Alexa Ray Joel has already found a singing partner for what will be one of the most important days of her life.

“My dad doesn’t know it yet, but we’re doing a duet,” the daughter of singer Billy Joel and supermodel Christie Brinkley, told Closer Weekly for the magazine’s latest issue about her upcoming wedding.

“He’ll be cool with it,” the songstress continued. “He’s very laid back, and he does whatever I want to do… It’s going to be amazing.”

The 33-year-old announced she was engaged to longtime boyfriend, restauranteur Ryan Gleason, in January 2018.

“He had a very old-fashioned upbringing, just like me,” Alexa told the magazine. “My parents tried to shield me from how famous they were when I was growing up on Long Island. I had no idea.”

While Alexa would go on to follow in her famous father’s footsteps, she wanted to do so on her own terms.

“I worked a long time to get good at what I’m doing,” she said. “Nobody handed me a recording contract because of who my father is.”

Still, there’s no denying the 70-year-old has been a major influence over the years.

“He has a way of making every song sound classic and iconic because it’s really very melody-driven,” she gushed to the outlet. “That’s what I’m all about — old school.”

“She has endless energy,” she explained. “She just feeds off of life. She’s got this natural high going and she really is the most vivacious magical person to be around. It’s hard to explain. I always say it’s like blindingly bright sunshine coming at you. That’s how I would describe mom.”

Joel has always relied on her folks, who divorced in 1994, for support.

Back in 2015, she told Fox News that her father has greatly influenced her as she embarked on her own career as a solo artist, all while making a name for herself. 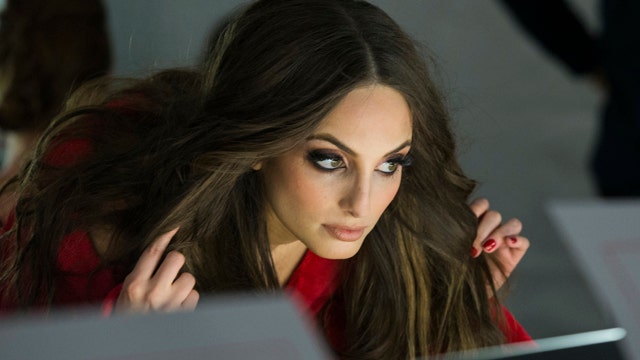 She described how her father would support her by quietly catching some of her performances while wearing a cap to avoid being recognized.

“He can transcend genres and do of these different voices,” she shared. “He can do that more doo-wop, Frankie Valli and the Four Seasons sound that he does on ‘52nd Street,’ but he can be more of a classic rock ’n’ roll guy, which he does on ‘Glass Houses.’

"I learned about embracing all different genres as opposed to just getting attached to one. I just learned so much from him. He’s like a musical encyclopedia.”

And as for Brinkley? Joel said she’s inherited plenty of style from her mom. The two women posed together, along with younger sister Sailor Brinkley-Cook, for the 2017 Sports Illustrated Swimsuit issue.

She shared it was Brinkley who encouraged her to be confident, as well as to embrace herself, inside and out.

“I’ve learned pretty much everything from my mom,” said Joel. “She’s taught me a lot about just taking care of yourself — skin care, great makeup tricks. She’s very good at putting together that very effortless-style look… [And] she’s got the best style. She’s really the most stylish woman I know. I’m just trying to keep up!”