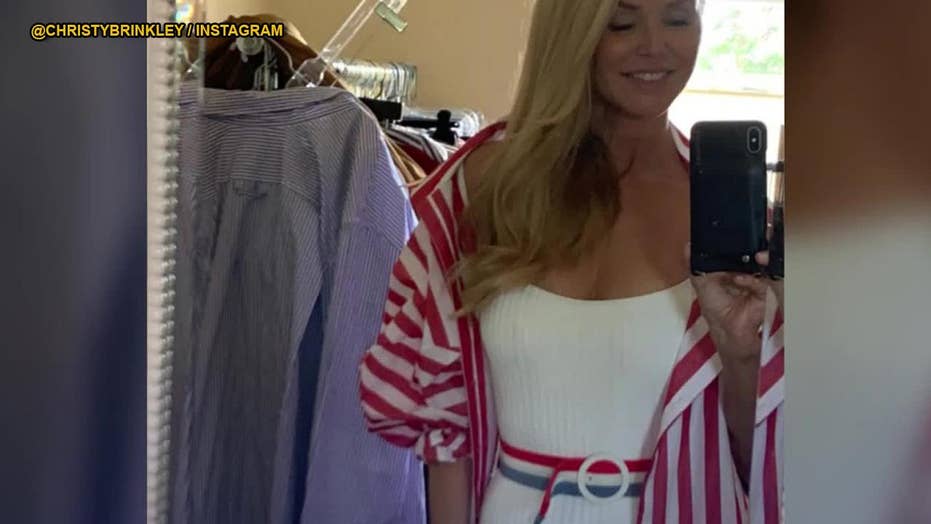 Christie Brinkley celebrated the 4th of July in the best way possible — with a patriotic one-piece.

'DANCING WITH THE STARS' MOST DRAMATIC BODY TRANSFORMATION

Host Tom Bergeron said changes will come to the upcoming competition, noting, "Some of our pros don't know who they're dancing with this season."

Bergeron said the partnerships will be announced to the public on the season premiere.

A source told Page Six this week that producers begged Brinkley, 65, to appear on "DWTS" for the past 15 years and she finally agreed.

MARK BALLAS STEALS THE SHOW ON 'DANCING WITH THE STARS'

SEE THE SEXIEST 'DWTS' CONTESTANTS EVER

Hannah, 24, promised to go "all in" on the show "emotionally, physically, spiritually" and said she hopes the outcome is better for this reality show than it was for "The Bachelorette."

The former Miss Alabama infamously got a broken heart on the reality show after it was revealed Jed Wyatt, who took home her final rose, had a girlfriend at home before competing for her affections. After the show, she pursued runnerup Tyler Cameron, who reportedly ditched her for supermodel Gigi Hadid.

WHEN TO EXPECT TO SEE 'DANCING WITH THE STARS' AGAIN

Spicer said he was kicked out of his high school band because he had "the sense of beat of a steamroller," but promises to "work really, really, really hard" to win.