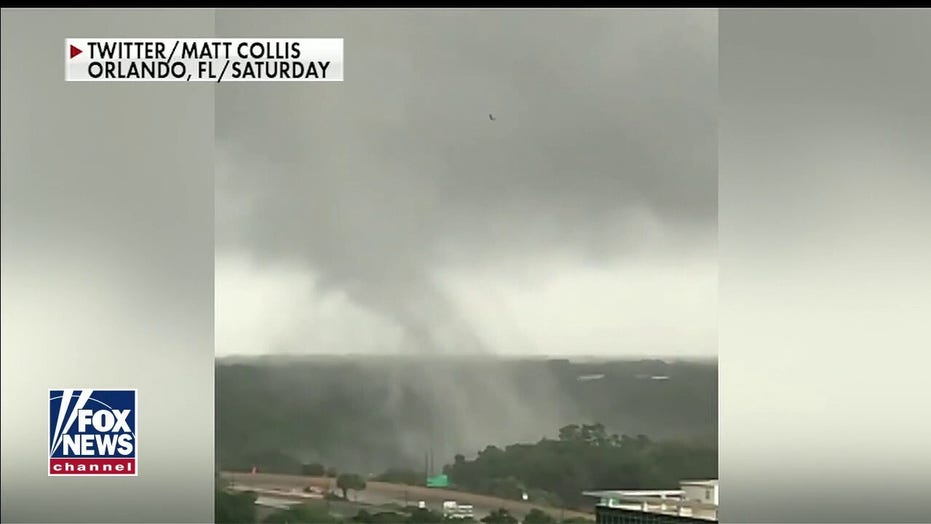 The third named storm of the 2020 Atlantic hurricane season will make landfall Sunday along the Gulf Coast after spawning a damaging tornado in Florida and churning up dangerous seas.

Tropical Storm Cristobal brought squalls with tropical-storm-force winds to the mouth of the Mississippi River on Sunday morning, as conditions are deteriorated before the storm makes landfall somewhere in Louisiana by Sunday night.

Cristobal’s maximum sustained winds remained at 50 mph and it was moving north at 5 mph, centered around 90 miles south of New Orleans, according to the National Hurricane Center (NHC).

ROUND HOMES AND HURRICANES: HOW CIRCULAR DESIGN, EMPHASIS ON CONNECTIONS KEEP THESE STRUCTURES STANDING

While the storm has been churning over the Gulf of Mexico since Friday, Cristobal has already made its presence known in the region.

A tornado spun through downtown Orlando, Florida, on June 6, after it was spawned by the outer edges of Tropical Storm Cristobal. (Josh Lebron via Storyful)

A tornado touched down Saturday evening near downtown Orlando, causing some damage and just missing a group of protesters at Lake Eola at around 7:30 p.m.

The National Weather Service (NWS) had issued a tornado warning for the city until 8 p.m. local time after a report of a twister touching down just outside the downtown area by a local television news crew.

“Yes, it is related to the tropical storm that is well to our west,” Scott Kelly, a meteorologist with the NWS in Melbourne, Fla., told the Associated Press “But the tropical storm provided a lot of low level shear and that has allowed for some tornadoes to form over Central Florida.”

There were no reports of injuries, but the city of Orlando said there was damage in residential areas. The NWS Melbourne office said Sunday that the twister was an EF-1 with winds between 65 to 85 mph.

Orange County Fire Rescue said deputies and fire personnel were clearing power lines and checking on homes after the storm moved through.

In Louisiana, two brothers were killed Friday night getting caught in an undertow and swept away by a rip current as Cristobal churned in the Gulf of Mexico.

The children, ages 8 and 10, were swimming at a beach in Grand Isle when they were caught and swept away, FOX8 reported. 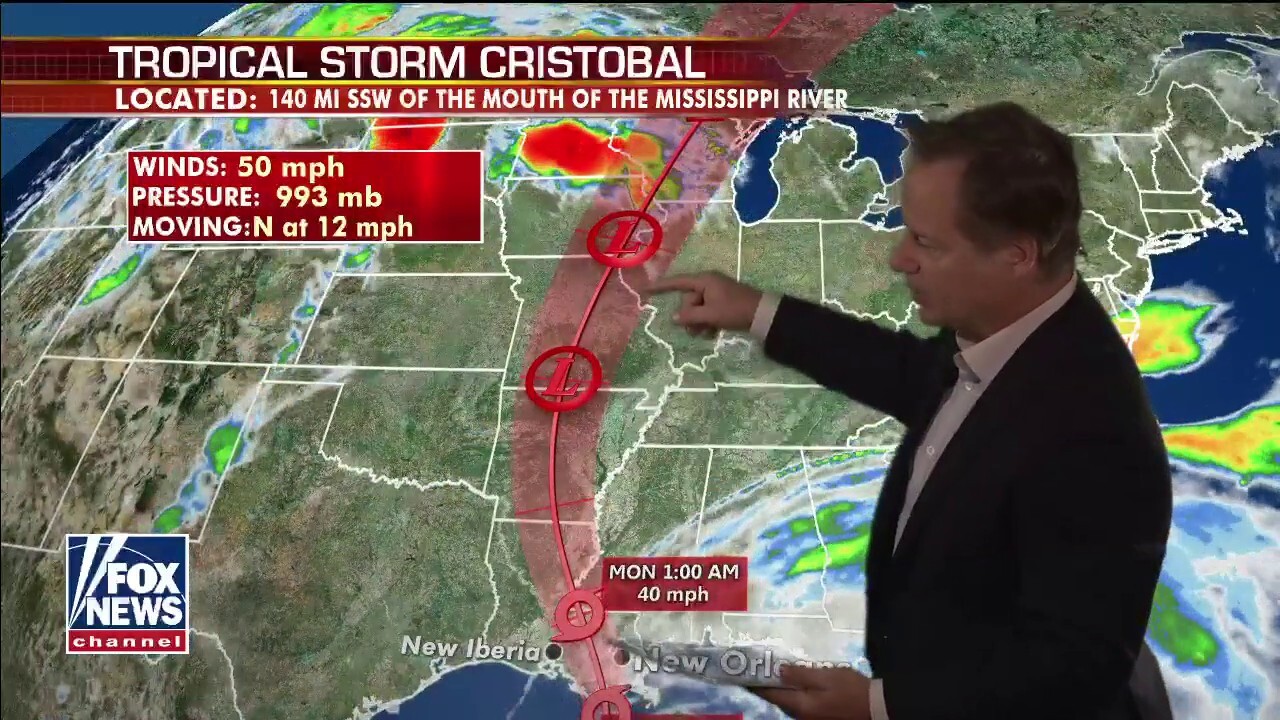 Officials said the boy's 12-year-old cousin was also caught in the rip current but survived.

"The mother's boyfriend went out to save them, and he was taken under as well," Grand Isle Police Chief Laine Landry told WWL-TV.

The 12-year-old girl was airlifted to University Medical Center in New Orleans, where she is expected to make a full recovery. Officials said the mother's boyfriend remained in critical condition Saturday morning after being airlifted to West Jefferson Hospital.

The incident happened in the same spot on the beach where another person drowned one week earlier, according to FOX8. Grand Isle Mayor David Camardelle issued a mandatory evacuation on Saturday for boats and campers, as well as a voluntary evacuation for residents.

"A good bit of our visitors and our summer homeowners left this morning. They kind of listened and heeded to our warnings to leave now, and most of them left before that 10:30, 11 o'clock high tide," Grand Isle Police Chief Laine Landry told FOX8.

“Now is the time to make your plans, which should include the traditional emergency items along with masks and hand sanitizer as we continue to battle the coronavirus pandemic,” Edwards said in a statement released Thursday.

On Friday, he asked President Trump to declare a pre-landfall emergency for the state due to the storm's threat. Trump tweeted on Sunday he was approving and signing an emergency declaration for the state, which will "help with all aspects of the big storm that is currently hitting your shores."

"FEMA is already there," Trump tweeted. "God Bless You!"

Jefferson Parish, a suburb of New Orleans, called for voluntary evacuations Saturday of Jean Lafitte, Lower Lafitte, Crown Point and Barataria because of the threat of storm surge, high tides and heavy rain. Residents were urged to move vehicles, boats and campers to higher ground.

As the storm moved closer to land, rain pounded the Gulf Coast on Sunday.

Roads flooded in coastal Louisiana and Mississippi, and thousands were without power even before the storm made landfall.

The St. Bernard Parish Government shared videos of the flooding.

"Please do not travel outside the levee system unless absolutely necessary, " officials stated.

The Sewerage & Water Board of New Orleans said the city's drainage system had limits and was old, so residents should avoid underpasses and low-lying areas where water can pool during inevitable street flooding.

In Biloxi, Mississippi, a pier was almost submerged by Sunday morning.