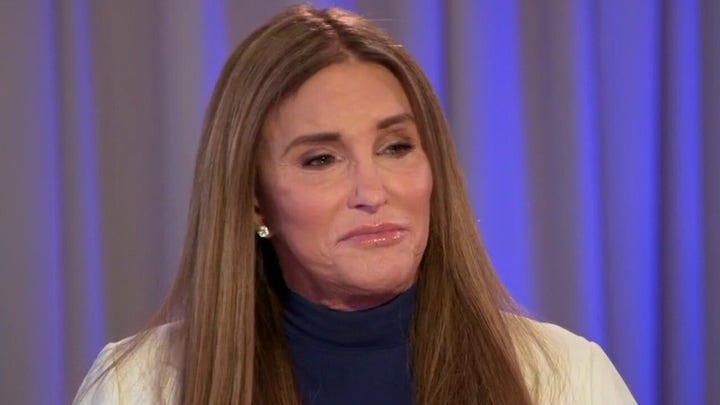 Jenner said it was "not an easy decision" to enter the race but she's always been a "fighter" and will take that spirit into her campaign.

"I want to take that same fight, that same spirit, go to Sacramento, surround myself with some of the smartest people out there," Jenner explained. "I am an outsider. I understand that … because now I'm in a race for solutions. I need to find solutions to be able to turn this state around. I absolutely love this state. I'm a fighter. Always have been."

Jenner called Newsom for "hypocrisy" on his French Laundry restaurant visit – and for his failed policies.

"He's been so bad on every issue," Jenner said. "He's been bad on taxes … he's been horrible for business, obviously. Companies are leaving left and right. 18,000 companies have left California. My friends are leaving California!"

She added, "I don't want to leave. Either I stay and fight or I get out of here." CLICK HERE FOR MORE ON OUR TOP STORY.

In other developments:
- Court upholds Newsom's use of emergency powers during COVID-19 outbreak
- Caitlyn Jenner tells 'Hannity' Bruce would not have been able to run for governor: 'I had too many secrets'
- Newsom draws contrast with GOP challenger Caitlyn Jenner after her comments on transgender athletes
- Caitlyn Jenner commits to standing with law enforcement in exclusive 'Hannity' interview
- Caitlyn Jenner opposes boys who are trans playing sports on girls' teams in school, says it is unfair

U.S. Rep. Henry Cuellar accused the Department of Homeland Security of trying to create the impression the facility in Donna, Texas, was emptying out, when in fact the migrant youths who had been located there were simply moved to a nearby location.

"All they’re doing is, they’re moving kids from one tent to the other tent and saying, ‘Oh, they’re not in the Border Patrol (custody),’" Cuellar said, according to Border Report.

The youths were relocated to nearby tents operated by the Department of Health and Human Services, the congressman told the outlet.

"But they’re right next door," Cuellar added about the migrants. "They’re just next door in HHS."

Following an inquiry from Border Report, DHS officials confirmed the youths were in HHS custody but would not disclose the location, the outlet reported. CLICK HERE FOR MORE.

In other developments:
- Kamala Harris has gone 43 days without a news conference since being tapped for border crisis role
- Arizona's Sinema says ‘not enough being done’ by federal government at border
- Border Patrol K-9 team finds 67 pounds of meth at immigration checkpoint
- ICE deportations fall to under 3,000 in April amid Biden rules that restrict removals
- Grassley accuses DHS of withholding information from the Judiciary Committee
- Facebook under fire for encouraging border crisis with ads for human smugglers, cartels: Rep. Kat Cammack

Liz Cheney, facing GOP leadership removal, takes swipe at Trump 'cult'
U.S. Rep. Liz Cheney, R-Wyo., wrote Wednesday that the Republican Party was at a "turning point" and must decide "whether we will join Trump’s crusade to delegitimize and undo the legal outcome of the 2020 election, with all the consequences that might have." 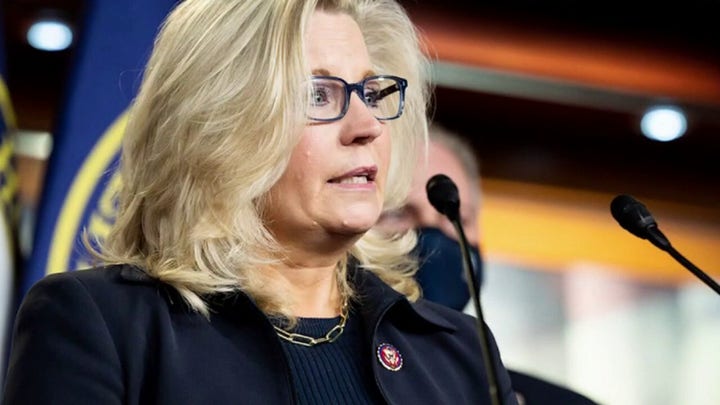 Cheney offered her commentary in an op-ed in The Washington Post.

"We Republicans need to stand for genuinely conservative principles, and steer away from the dangerous and anti-democratic Trump cult of personality," Cheney wrote.

With her House leadership role as GOP conference chair in jeopardy, Cheney writes that Trump's language about the 2020 election "provoked violence on January 6."

Trump, who was banned from social media platforms, recently launched his own method of communicating with his supporters. There, he wrote, "the Fraudulent Presidential Election of 2020 will be, from this day forth, known as THE BIG LIE!" CLICK HERE FOR MORE.

THE LATEST FROM FOX BUSINESS:
- China's Tencent in talks with US to keep gaming investments - sources
- US solar jobs fell 7% in 2020 on pandemic, efficiency gains
- Investor group in exclusive talks to acquire Forbes for $650 mln -source
- Disney World will "phase out" onsite temperature screening of guests and employees in May
- Interpreter allegedly denies splitting up Bill and Melinda Gates
- Court authorizes IRS to seek identities of taxpayers who have used cryptocurrency 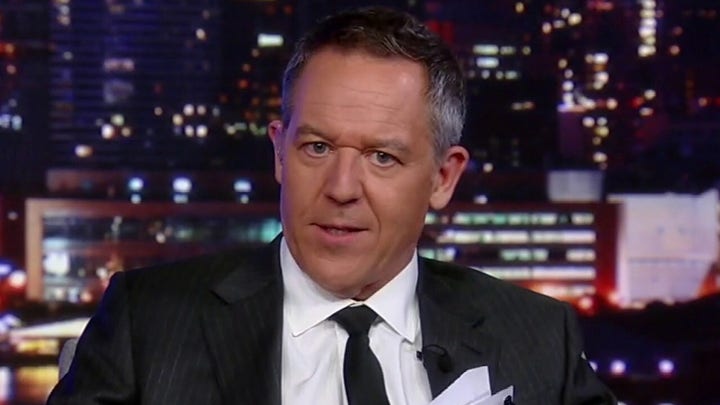 Greg Gutfeld blasted the media’s portrayal of the upswing in crime in the U.S. on "Gutfeld!" on Wednesday night.

"The media only cares about crime when it fits their narrative – White racist cop and innocent non-White suspect," he said.

"But if they really expect to get this country back to normal – and my definition of normal, not Don Lemon’s – they’re going to need to address the elephants in the room," he continued. "Even Axios, a liberal news site, admits this. They report it’s set to be a hot, violent summer."

- How to buy a house in 2021: Tips for winning the COVID homebuying season