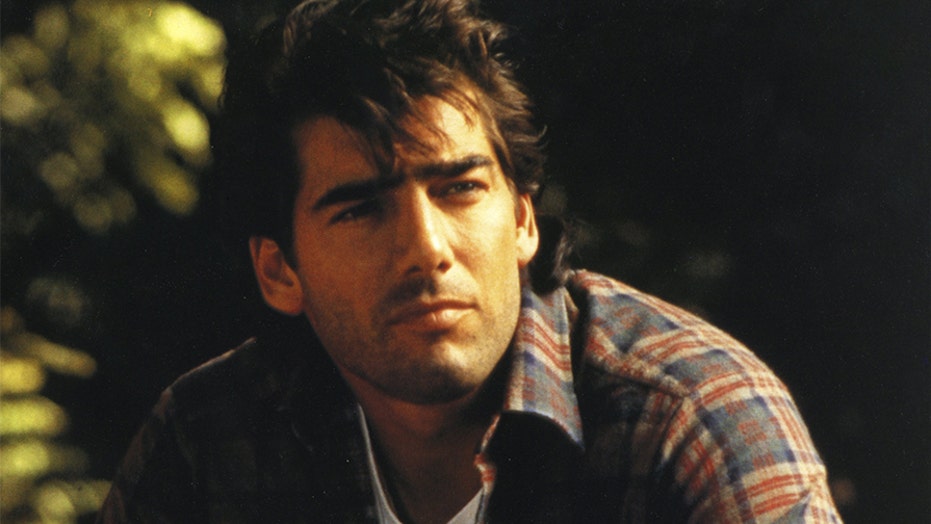 Before Ken Wahl pursued acting in Hollywood, he considered joining the Marines in the late ‘70s.

“My concern then in helping humanity was my own family because all of my family was struggling financially,” the 62-year-old told Closer Weekly on Monday. “Since the day I was born, that’s all I could remember. We weren’t destitute to the point that we worried about our next meal, but our next meal after that was in question. So we really were the poor class that lived paycheck to paycheck, and it’s a horrible way to live.”

“We were very proud in the sense that we would never take any government handouts,” Wahl continued. “My parents, God bless them, never took a nickel from the public trough, and I’m very proud of that. But, on the other hand, they essentially worked themselves to death. Both of them. And I wanted to do something different.”

But the road to Hollywood was an unexpected one. The Chicago native, who also dreamed of becoming a baseball player, told the outlet that a crash on his friend’s mini-bike resulted in him “busting up my knees pretty good, so I couldn’t run anymore. That wiped out my baseball career.”

Ken Wahl in a publicity portrait from the film "The Wanderers," 1979. (Orion Pictures/Michael Ochs Archives/Getty Images)

Wahl recalled watching movies and television shows, realizing he could probably take on that challenge.

“[I thought to myself], ‘That doesn’t look so tough,’” he said. “'I think I could do that. And they get paid how much to do that?’ I wasn’t intimidated by that idea at all… As a job, it’s wonderful. But as an occupation, to me, it’s kind of silly. I mean, you’re just pretending to be someone else. I’m not saying there’s anything wrong with that. But I think the big thing that they make out of it is really excessive. So I was very pragmatic about it and just approached it as a job.”

Closer Weekly shared Wahl made his acting debut in 1979 with “The Wanderers.” The following year, he appeared in “Running Scared.” Then in 1981, he worked alongside Paul Newman in “Fort Apache, The Bronx.”

“I worked with Paul Newman when I was, what, 21 years old?” said Wahl. “It was a police movie, so I was his partner and we were sitting in the car while they’re setting up the cameras, and we would talk… He was a wonderful guy; I really loved him. And he said, ‘You’re just starting out and everything, but I’ve got to tell you, being famous is 98 percent bad.’ I said, ‘Really? Well, what’s the 2 percent that’s good?’ He said, ‘You can always get the best table in a restaurant. But that’s about it. Everything else about it is terrible.’”

“[I told him], ‘Luckily, I’ve never had that urge to be famous anyway,’” said Wahl. “’I just want to be able to work and make a decent living and enjoy my life as much as I possibly can.’ So he said, ‘That’s good. You’ve got a good head on your shoulders, kid.’ We got along wonderfully, and I really did love the guy.”

Over the years, Wahl stayed busy appearing in several films. His most recognizable role was in the TV series “Wiseguy,” which aired from 1987 until 1990. The outlet shared Wahl enjoyed great success with acting until a 1992 accident that resulted in him being “forcibly retired” due to his injuries.

That’s when he discovered a new purpose in life.

“I was perfectly happy to live my simple, quiet little private life, but then one day in 2010 I was watching the news,” said Wahl. “There was a guy in uniform on it and I heard him talking about veteran suicides. I was drinking a cup of coffee and right when he mentioned the number of suicides, I took a little slurp, so I didn’t hear him correctly. Or thought I didn’t hear him correctly. But actually, I did. He said that there were 22 veteran suicides per day on average.

“I thought, ‘That couldn’t have been right.’ So I turned to the TV and listened very intently. And in the course of the conversation that he was having with the interviewer, he again repeated the number 22. I said, ‘I can’t believe that!’ One per century is too many; how can we have 22 veteran suicides per day?’”

“That figure of 22 per day is all-encompassing,” continued Wahl. “That means going back to the guys that are in their ‘80s and ‘90s now, that fought in Korea and World War II. To me, it was just unconscionable. So I was kind of walking around in circles, saying, ‘What do I do? I don’t know what to do. I don’t know where to begin, but I’ve got to do something.’ So I just started getting on Twitter and blasting out to whoever cared to listen, and I was amazed by the response. I’ve been doing it ever since and that has become my calling and my purpose in life.”

Today, Wahl is a veteran’s advocate who stresses the importance of helping those suffering from PTSD. Closer Weekly shared he supports Florida-based organization K9s for Warriors, which provides service canines in hopes of empowering veterans.

“My further purpose to help military personnel, that has PTSD, which causes them a deep depression and then potential suicide, was to connect them with animals,” Wahl explained. “After I got hurt, animals to me were a great comfort, because I went through a very long, dismal period where I just felt completely useless and worthless because I really couldn’t do anything after my injury. And I just hated that feeling. But animals, to me, were a great solace and great comfort. So I thought, ergo if they are comforting to me, they might possibly be comforting to these poor souls suffering from PTSD.”

Actor Ken Wahl poses for a portrait in circa 1997. (Barbi Twins/Getty Images)

These days, Wahl is determined to raise awareness concerning The Paws Act, which was introduced by Congressman John Rutherford. It’s aimed to pair service dogs with veterans suffering from PTSD, encouraging them to return to civilian life with dignity.

Wahl said his passion for the cause has become more important than anything he’s ever accomplished on the big screen.

“… When I heard that 22 are committing suicide per day — and keep in mind that those are the ones that are absolutely killing themselves, committing suicide, and you’ve got to figure if there’s 22 per day killing themselves, how many out there are in the depths of despair that have not yet killed themselves or are thinking about it?” said Wahl. "Obviously those are the ones I want to reach. But the whole point is to try to prevent that number from going higher and, if possible, reduce it. In the last 10 years, it’s got to be hundreds if not thousands of people I’ve heard from. And the gratification that I have received from doing this exceeds anything I’ve ever done in my life by orders of magnitude.”