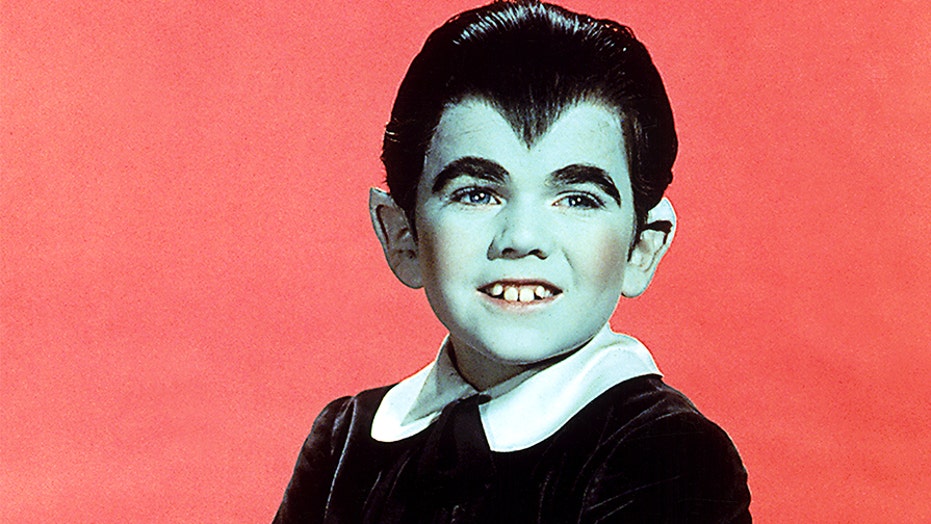 “Munsters” star Butch Patrick says the Caped Crusader was to blame for the show’s ending over 50 years ago.

“I think ‘Batman’ was to blame,” the former child star told Fox News. “’Batman' just came along and took our ratings away.”

“The Munsters,” which first premiered in 1964 on CBS, told the delightfully spooky tale of a family of friendly monsters and their misadventures as they attempt to understand why mere mortals react to them so strangely. The sitcom starred Fred Gwynne, Al Lewis, Yvonne De Carlo, Beverley Owen, as well as her replacement Pat Priest. Patrick, 66, played Eddie Munster.

The show quickly gained a following until 1966 when audiences were introduced to “Batman” on ABC. That series starred Adam West and Burt Ward as the defenders of Gotham City. The show became a sensation, one “The Munsters” couldn’t beat. The show ended in 1966 and “Batman” aired until 1968.

Adam West (left) and Burt Ward reigned supreme in the '60s as Batman and Robin. (Getty)

Patrick has kept busy over the years commemorating his time in “The Munsters.” Halloween is especially a busy time for the actor, who makes appearances across the country for eager fans. His wife also runs Munsters.com, a site dedicated to the beloved series.

Patrick stressed there are no hard feelings.

“Look, we had a good two-year run putting out something that was so different and unlikely to become a success,” he said. “So we felt it was the right time to go. Fred [Gwynne] and Al [Lewis] were also ready to go home. We were OK with it.”

According to the actor, Gwynne, in particular, was eager to move forward with his career. The New York Times previously reported that in his 42 years of acting, Gwynne played a wide variety of roles ranging from Shakespearean productions to Broadway musicals. Still, "Herman Munster haunted his acting career like a friendly ghost.”

Gwynne passed away in 1993 at age 66 from complications of pancreatic cancer. His last credited role was that of voicing the character Edwin Stanton in 1992’s “Lincoln.”

“He was eager to move on with his life after the show ended,” said Patrick. “He had a great body of work and didn’t want to just be recognized as Fred Munster. I know it frustrated him, being an actor.”

“We developed a greater relationship long after the show ended,” he explained. “It was actually 10 years after ‘The Munsters’ ended that we reconnected. We became friends. Towards the end of her life, I started going up and visiting her [at the Motion Picture and Television Country House and Hospital].

"She wasn’t a recluse, but you wouldn’t see her too much. However, I and her loved ones always wanted to make sure she was well taken care of. She would receive care packages and movies to watch so she knew what was going on in Hollywood.”

De Carlo also endured personal tragedy in her life. Her husband, stuntman Robert Morgan, suffered a life-altering accident when he was attempting to perform a stunt aboard a moving log train for 1962’s “How the West Was Won.” Morgan was thrown underneath the wheels and the accident cost him a leg. The couple later divorced in 1974.

Then in 1997, their son Michael died at age 39. His brother Bruce previously told Fox News he died of brain damage from a stroke. De Carlo later passed away in 2007 at age 84.

Patrick also has fond memories of Lewis, who played cigar-chomping Grandpa in the series.  The actor passed away in 2006 at age 82 after several years of failing health.

“We just connected instantly,” he shared. “He loved sports, I loved sports. He took the time to get to know me [on set] and a friendship just developed from there. I never forgot that.”

The two reconnected when Patrick and his band, Eddie and the Monsters, released a single in 1983 titled “Whatever Happened to Eddie?” It was also around that time when Patrick learned the series achieved a cult following.

“I think the show has a lot of quality to it,” he said. “It’s still funny and timeless. It reflects the ‘60s and anybody who was around during the ‘60s still has fond memories of the era. And I think it’s just interesting we can still look back at that era on TV as it was. It’s wholesome and just fun. I think people continue to appreciate that in a series.”

Patrick said he has countless memories of bringing “The Munsters” to life. While he wasn’t crazy about the shorts (but totally fine with the makeup), he also loved working alongside Owen. In fact, he had a crush on the actress.

“She knew about it!” he chuckled. “I wasn’t shy about it. In fact, she took me to see ‘Mary Poppins’ at Graunham's Chinese Theatre.”

“I like to consider it as my first date,” he joked. “Se was totally aware that I was enamored with her.”

Owen passed away in February of this year at age 81. It was Patrick who confirmed her death to Fox News.

Members of the Munster family in a publicity still for Season 1 of the comedy-horror TV series "The Munsters," 1964. Left to right: Al Lewis (1923 - 2006) as Grandpa, Yvonne De Carlo as Lily Munster, Butch Patrick as Eddie Munster, Fred Gwynne as Herman Munster and Beverley Owen as Marilyn Munster. (Getty)

While Patrick is still best known for playing Eddie Munster, the actor said he was never typecast because the on-screen makeup he wore gave him a completely different look. In fact, he kept a steady career in Hollywood long after the series ended.  And while he was originally bothered to be associated with the character, he has a deeper appreciation for it today.

“It’s been important for me to help keep the show’s legacy alive,” Patrick explained. “It was an important part of my life, one that I know brought a lot of people joy. I didn’t realize it at the time how much of an impact the show had on people, but after it ended, I always had people come up to me and tell me how much they enjoyed watching it and how it just brought joy to their lives.”

“They still view the show as an old friend,” continued Patrick. “How could you not want to keep that legacy alive? I’ve had a really blessed life. I tour the country, meet friends and we just have a good time.”