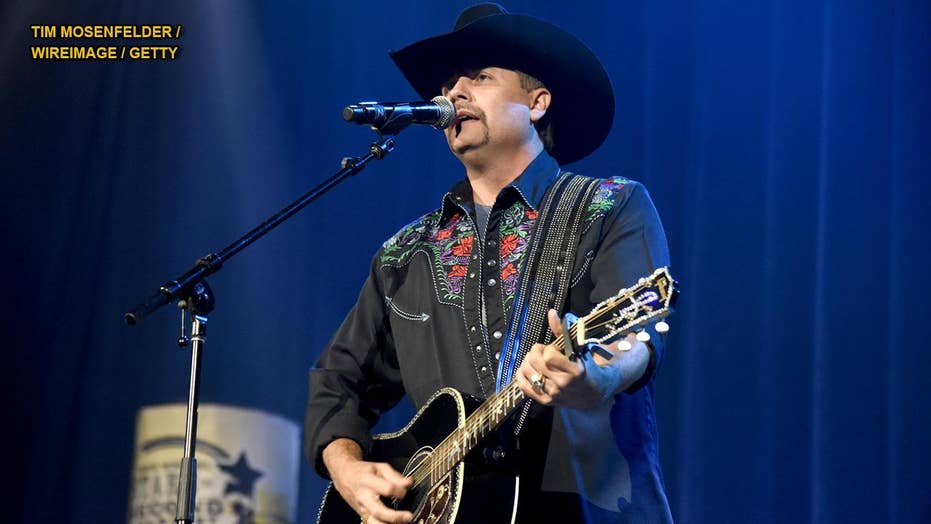 NEW YORK – When John Rich decided to launch his own whiskey, he wanted to make sure it would give back to America.

Since launching Redneck Riviera in partnership with Eastside Distilling, the whiskey company has donated more than $200,000 to Folds of Honor, providing 40 scholarships to the children and spouses of our fallen and disabled service members.

"There's a lot of great organizations in the U.S. that support veterans and families of veterans and active duty," Rich, 45, told Fox News. "My favorite one is Folds of Honor. Matter of fact, I wear their T-shirt all the time; I wear it on stage, I wear it every day. Folds of Honor puts kids through college who lost a parent in combat fighting for our country or a spouse who lost their spouse."

“When a man or woman is killed in combat, there’s a lot of attention on them for a while, [but] then time moves on and those remaining family members can fall through the cracks,” he continued. “And people forget they’re still there and they’re trying to go to college, they’re trying to get a degree and better their lives because now they’re missing one of the main people in their families. Folds of Honor steps in and subsidizes that and makes sure they don’t fall through the cracks. So I support Folds of Honor.”

Rich is no-nonsense when it comes to honoring our country and the heroes who tirelessly defend it.

"I think a lot of people, when you watch the news or go on social media, trash our country, they're down on it and they say bad things about our country," he said. "And I think what they don't understand is, if it weren't for people that love this country enough to die for it, all the way back to the 1700s, they wouldn't have the opportunity to even say a bad word about our country because our country wouldn't be here. And if it was here, they probably wouldn't have the rights they have, like freedom of speech and things like that, to criticize our country."

And politics has been on Rich's mind. In fact, his whiskey line released the 2020 Survival Kit in time for the presidential election because, as he says, we’re going to need it.

“Whether you’re a Democrat, Republican or Independent, one thing’s for sure in 2020, you’re going to need a drink,” said Rich. “I think everybody agrees with that. Everybody is so keyed up right now. Let’s calm down for a minute, have a cocktail and remember that we’re all still Americans. I think we need to remember that every now and then.”

But when it came to Rich finding himself in the whiskey business, he needed to get the stamp of approval from a special lady.

CARRIE UNDERWOOD'S MOM JOINS HER ON STAGE AND RAPS LIKE A PRO: 'NAILED IT!'

“I worked on it for over a year to get this blend to be that good,” the one half of country duo Big & Rich admitted. “And my final taster was guess who? Granny Rich! Because if Granny don't like it, I ain’t putting it out… We’re going to take it back to her house, watch football and drink some of it. [And] if Granny doesn’t like it, then we have to keep working.”

“So I took it down to Granny, set a shot glass on her sewing machine where she works,” the singer continued. “She tipped that thing back and she goes, ‘That might be the smoothest whiskey I’ve ever drank,’ and blew some cigarette smoke. She goes, ‘Tell American it’s Granny Rich approved.’ Well, when she said that, I knew we had something great.”

This year, the line added Granny Rich Reserve in honor of the matriarch, who turns 88 in February.

Big Kenny, Gretchen Wilson and John Rich of Big and Rich perform on stage at the 2011 CMT Music Awards at the Bridgestone Arena on June 8, 2011 in Nashville, Tenn. (Mike Coppola/WireImage/Getty)

“She still runs her own business,” explained Rich. “She’s a seamstress. So if you need your blue jeans hemmed or your wedding dress fixed, she’s that all-purpose seamstress from way back in the day. Runs the business by herself, lives by herself, totally independent of anybody. And she works all day and then she goes home, kicks her shoes off, lights up a Marlboro Red and sips a little Redneck Riviera whiskey and watches, oh, either ‘Wheel of Fortune’ or ‘M*A*S*H’ reruns or Fox News. That’s what she’s going to do, sometimes football.”

“And so to me that’s like, ‘I want to be like Granny someday,’” he continued. “I want to be 88 years old, still calling my own shots, enjoying my life, work hard, play hard; that’s the whole concept of Redneck Riviera. She is the iconic figure of that.”

But creating American-blended whiskey wasn’t always smooth sailing. In fact, Rich said his original drink of choice was Canadian Crown Royal, which got a shoutout in Big & Rich’s 2004 hit “Save a Horse (Ride a Cowboy).”

CARRIE UNDERWOOD'S HUSBAND MIKE FISHER PRAISES HER WORK ETHIC: 'IT'S AMAZING HOW SHE DOES IT ALL'

“I thought one day, ‘Well, I’ve been drinking this Canadian blended all these years,’’ he recalled. “‘I wonder if there’s such a thing as American blended?’ So I went to a couple of big stores and said, ‘Hey buddy, can you show me where your American blended whiskey is?’ And every time I would ask that they’d go, ‘Hey, we don’t have anything called that in here.’ And it dawned on me, ‘Wow, nobody’s ever tried that.’ So I took it on and sure enough when it was Granny Rich approved, we put it out and now Redneck Riviera whiskey is the fastest moving whiskey brand in its first 18 months than any other brand in 20 years. That’s a fact. Pretty incredible.”