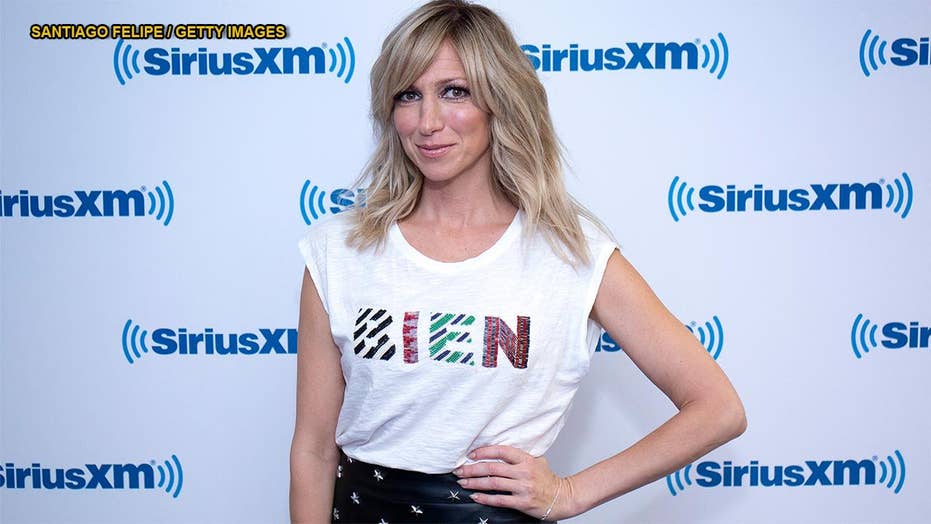 Debbie Gibson praises ‘rebel’ Miley Cyrus: ‘She’s got the goods to back it up’

Debbie Gibson praises “rebel” Miley Cyrus for being her “authentic” self The former ‘80s pop princess also dishes on the advice she would give to her younger self, as well as judging in Nickelodeon’s new reality TV series “America’s Most Musical Family.”

If there’s one singer Debbie Gibson is a fan of, it’s Miley Cyrus.

The ‘80s pop princess, who's the youngest artist ever to have written, produced and performed a Billboard No.1 single at age 16, says the former Disney tween idol is well on her way to having a lasting career.

“I will definitely stand by what I said about Miley Cyrus, in that I do think she lives authentically,” the 49-year-old told Fox News. “She lives in a way as if nobody’s watching, which I think is ultimately healthier and a better message to send to people than being edited and filtered, and trying to adapt to what pop culture wants you to be … I think ultimately, it’s your life.”

At the height of her career, Gibson was recognized as the wholesome girl next door — a far cry from Cyrus, who shocked fans as she distanced herself from her family-friendly “Hannah Montana” persona.

The hit Disney series, which premiered in 2006, came to an end in 2011. Cyrus, who was eager to move on and grow up, easily stirred headlines with her daring, raunchy performances.

But Gibson says the now-26-year-old is just being herself and should be celebrated.

“If you’re not authentic, at some point the lid is going to blow off the pot and you’re going to rebel and want to be yourself,” said Gibson. “I feel like the fact that she has set that up for herself this early on in her life and her career is a great thing. She’s a bit of a rebel, and I think she owns it.”

“She’s got the goods to back it up - [it’s] the main thing,” she continued. “I think that when you have a persona for the sake of having a persona but you’re flimsy in the talent department, that’s when it’s not a good thing. But Miley has an incredible voice, incredible artistry. I think she backs up her imagery, her visuals, as an artist. It’s a cohesive thing.

Miley Cyrus performs on The Pyramid Stage during day five of the Glastonbury Festival at Worthy Farm, Pilton on June 30, 2019, in Glastonbury, England. (Photo by Getty)

“Again, to use that word, which to me, the word of the minute and every minute, is authentic … I think that artists have to know who they are. They have to be authentic, they have to know what lane they’re in. And then everybody else will get on board.”

Gibson skyrocketed to fame at 16 with the self-penned, “Only In My Dreams.” She has gone on to sell more than 16 million albums worldwide. Then at age 17, Gibson set her sights on a different kind of stage and pursued the theater world, where she starred in 17 musicals. Then, in 2016, Gibson set her sights on the Hallmark Channel, where she executive produced and starred in “Summer of Dreams.”

The singer is still pursuing her passion for music and performing across the country. But when it comes to reflecting on her whirlwind past, Gibson has plenty of wisdom she would have shared with her younger self.

“I would say to my younger self and myself now, ‘Stop worrying so much,’” she explained. “I saw a sign recently that said, ‘Not to ruin the ending, but it’s all going to be OK.’ And I think that’s so profound for everybody, showbiz or non-showbiz. I think that we spend so much time trying to shape our future and working our will, and worrying. That usually doesn’t make anything better in life. It doesn’t make me sing better. It doesn’t make me feel better. I would tell my younger self that, and to really savor every moment.”

Gibson admitted that she wouldn’t have changed anything about her past. In fact, she would have enjoyed it even more.

“I think that I was very caught up in a whirlwind when I was younger,” said Gibson. “Listen, I was transitioning from high school to college-age while the world was watching. I didn’t go to college. I was just out. It was by choice, but I think psychologically it made me short circuit a lot. I missed a lot of the finer nuances of the things that were going on. I’m very grateful that I now get that, and I am experiencing things… I would definitely tell my younger self to go back and really savor every moment.”

But these days, Gibson is thinking about what the future holds for her. She’s currently appearing in Nickelodeon’s singing competition series “America’s Most Musical Family,” where contestants compete for a recording contract. The reality TV series features Nick Lachey as host and Gibson joins Ciara and David Dobrik as judges.

And Gibson insisted the experience hits close to home.

DEBBIE GIBSON DISHES ON 'SUMMER OF DREAMS,' REVEALS WHETHER SHE KEPT ALL THOSE BOWLER HATS

TAYLOR DAYNE RECALLS FINDING FAME WITH ‘80S HIT ‘TELL IT TO MY HEART’: ‘I WAS PRAYING TO GET SIGNED'

“I grew up singing with my sisters and my dad, dragging them all into my little recording studio at home,” she said. “We did all the talent shows together and sang in four-part harmony. I would drag my dad into doing musicals with me. I really related to the idea of families sitting around the living room with their guitars or their piano or, in this show, some cases there are trumpets and accordions -- all kinds of crazy instruments.”

“I just feel like it’s a feel-good show that the world needed right now,” Gibson added. “I just think the idea of parents and kids being able to sit and watch something together … It’s incredible.”