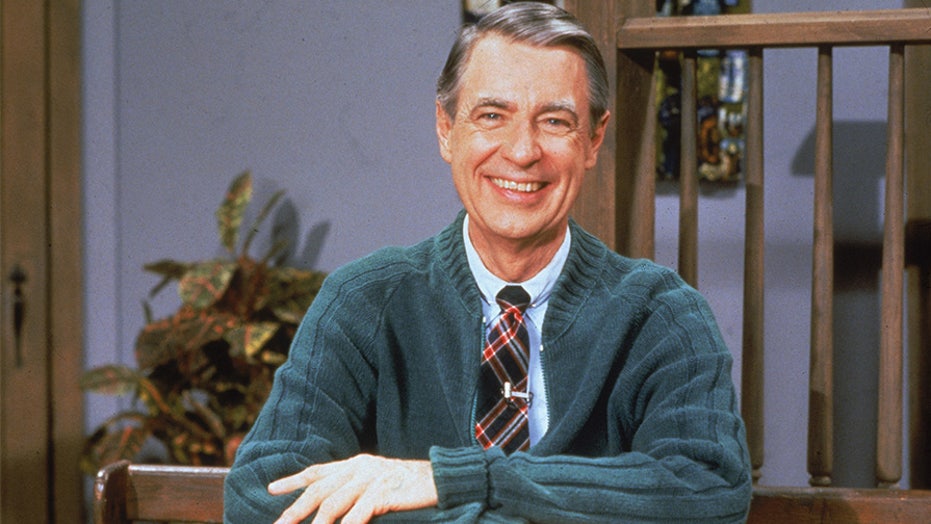 Fred Rogers, who taught generations of children about kindness and other important life lessons through songs and heart-to-heart talks in "Mister Roger's Neighborhood," died in 2003 at age 74 from stomach cancer. The late star is now the subject of a new film “A Beautiful Day in the Neighborhood,” starring Tom Hanks.

“People were important to him,” Joanne Rogers told People magazine for their inaugural Kindness Issue. “He was to me and to the family who he is to everybody else.”

Rogers married Joanne, a pianist, in 1952 and they went on to have two sons. The couple stayed together until his death.

'MISTER ROGERS' WAS 'VERY SERIOUS' ABOUT HOW TV COULD IMPACT KIDS, BIOGRAPHER RECALLS

'MISTER ROGERS' WAS 'UPSET' AT THE DIRECTION CHILDREN'S MEDIA WAS GOING IN HIS LATER YEARS, PAL CLAIMS

Joanne Rogers, now 91, said she still has fond memories of the man who continues to inspire her.

“If Fred found out a friend was ill, he would make regular calls and visits,” she said. “When a high school friend in South Carolina had cancer, Fred went, even though he had hurt his ankle and was on crutches. It was very important for Fred to be there."

“Mister Rogers’ Neighborhood” aired from 1968 until 2001. But despite the show’s lasting success, Rogers always treasured his relationship with Joanne.

“When the White House called to tell Fred he was getting the Presidential Medal of Freedom [in 2002], the man said, ‘The president would like to give you a very special award, on July 9,’” recalled Joanne. “And Fred said, ‘Oh, I’m so sorry, I won’t be able to make it. That’s our 50th wedding anniversary.’ The man said, ‘Wonderful. You’ll all come to celebrate here!’ We did, and it was very special.”

Rogers also insisted her husband was just as loving with his sons James, now 59, and John, now 58.

“When our sons James and John would get a little rambunctious, or it was a rainy day and nobody knew what to do, Fred would say, ‘Let’s have a parade!’” said Rogers. “He’d go to the piano and play and they’d march around. Music almost always put everyone in a good mood.”

Angela Santomero, author of “Preschool Clues: Raising Smart, Inspired, and Engaged Kids in a Screen-Filled World,” told Fox News in 2018 about her friendship with Fred Rogers. Santomero would go on to co-create “Blue’s Clues” and other TV hits aimed at children. Santomero first met Rogers in 1991 when she was just out of college.

Santomero revealed to Rogers how she wanted to make a difference in the lives of children through education.

U.S. President George W. Bush laughs alongside Fred Rogers during the presentation of the Presidential Medal of Freedom ceremony, America's highest civilian award, at the White House, July 9, 2002. The medal is awarded to those deemed to have made especially meritorious contributions to the security or national interests of the United States, to world peace, or to cultural or other significant public or private endeavors. (Reuters)

And he was eager to share what he learned along the way. He invited Santomero to the set of his series and the pair exchanged ideas.

And Santomero stressed Rogers and his signature cardigans were the real deal.

“I always saw him as a teacher, someone who had something to say,” she explained at the time. “Just watching him talk to me as an adult, but in that same respectful way… He was just the person I was hoping he would be. He was funny… but he was that soft-spoken, kind person. Everyone will tell these same stories, how soft-spoken he was and talked to you very much like you were the only person in the room.”

The pair bonded over their thoughts concerning children’s television in the late ‘90s. And Rogers, who enjoyed lasting success educating and entertaining children, had the future on his mind.

This image released by Focus Features shows Fred Rogers on the set of his show "Mr. Rogers Neighborhood" from the film, "Won't You Be My Neighbor." The film was not nominated for an Oscar for best documentary. (Jim Judkis/Focus Features via AP)

“He had always said he would love to do animation because… he wanted something to live on when he stopped doing on-camera [work],” said Santomero. “He felt media was influential for children and he was using it for good. He was a little upset about how it had lost his way and the direction it was going… He always saw media as an avenue to reach as many people as possible. And in that sense, he was such a forward-thinker.”

Santomero said she keeps in touch with Rogers' widow.

“She is that warm, grandmother presence who’s so positive, smart and sweet,” she gushed. “We meet for dinner every time I get to Pittsburgh… She is so spunky, sharp and hysterically funny. I know Fred was so funny, but she has this unfiltered way of speaking that is just awesome. And she has an opinion about a lot of things. She is on the mark about everything.”