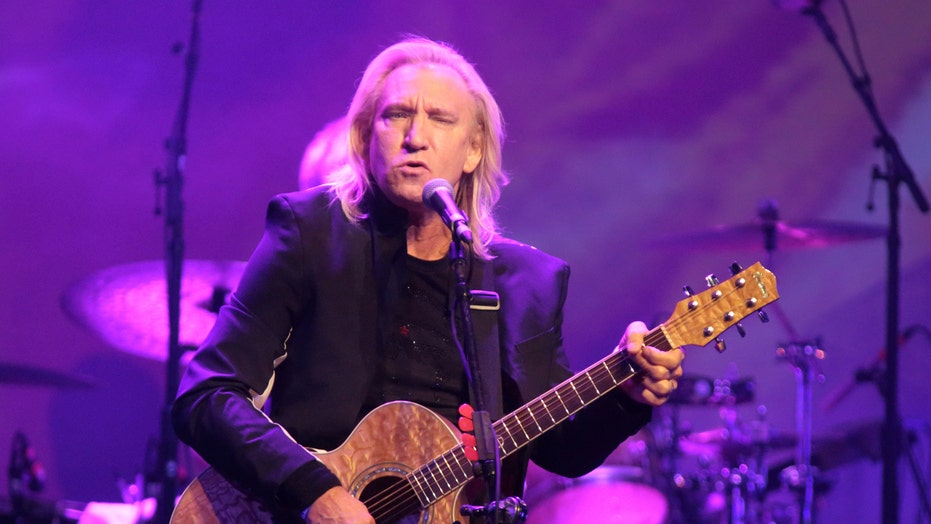 Joe Walsh is determined to honor the men and women who serve our country.

The Eagles guitarist is gearing up to mount the third annual VetsAid concert on Sunday in Houston, Texas, People magazine reported on Friday. According to the outlet, proceeds will go to his non-profit organization, which is aimed to help veterans and their families.

“One of the things that encouraged me to have the VetsAid shows is that I was a Gold Star kid,” the 71-year-old told the outlet. “My father died in active duty when I was about 2 years old. I eventually had a stepfather, who I love and I’m grateful for, who had my back, but I grew up never really knowing my father.

"So I’m a member of the Gold Star families," he continued. "I know what that sadness is. We didn’t have the Gold Star terminology when I was growing up. It was just, ‘Oh you lost your father? That’s too bad.’”

Walsh’s father was a flight instructor for the first US operational jet-powered aircraft, the Lockheed F-80 Shooting Star, the organization revealed. The patriarch passed away while stationed and on active duty on Okinawa.

“But there’s a special place for me with the Gold Star families because I am one,” added Walsh. “When we get all the kids together during the concert, they have their own place. They have their own room where they can go off to the side and meet each other and play video games and talk. That’s something I never had, so I’m grateful to make that possible for them.”

Walsh kicked off VetsAid in 2017 in hopes of giving back to others. The rockers said he’s grateful the organization continues to grow and raise awareness for those in need.

"Over three years people come back. It’s starting to become a family of people who come together every year," he noted. "And I’m thrilled because just coming together is part of the healing process. The networking that goes on between the various vets communities has really made a great bond between everybody."

Walsh went on to explain that he thinks one of the problems is when vets come back home from their service "no one quite understands what they went through."

"It’s very difficult to make the transition back to civilian life after you’ve done what we ask of the vets to do," he said. "When you’re alone, it seems like a higher mountain than you can climb. But when people come together and lift each other up, it makes it much, much easier. I can see a world of good that’s being done by holding these shows every year.”

Joe Walsh of The Eagles. (Photo by Bobby Bank/WireImage)

But Walsh isn’t just about entertaining veterans. He also wants to give them a gift that lasts In fact, the outlet shared that prior to the concert, Walsh also holds a job fair for veterans.

“There’s an incredible number of veterans who come back injured,” he explained. “About four times the mortality rate of the war are people who come back injured. Prosthetics have moved so far ahead in what they can do; people missing limbs are no longer unable to function.

"So there’s a job fair for people who need a job or need training. And that’s what we try and do; we try and have companies and corporations show up at the job fair so vets can have an interview and maybe start a whole career. Just because you’re in a wheelchair, you can still be of tremendous value to a corporation if you’re trained and utilized.”

Before VetsAid, Walsh was deeply committed to supporting various charities supporting veterans for years. He hopes his work will inspire others to do the same. In addition, Walsh is actively involved in the music therapy programs at Walter Reed National Military Medical Center.

"That’s why it’s so powerful in getting a message through, it kind of breaks down the boundaries. In this day and age — in a divided country — if we can do something to help bridge that division, it doesn’t do anything but good."