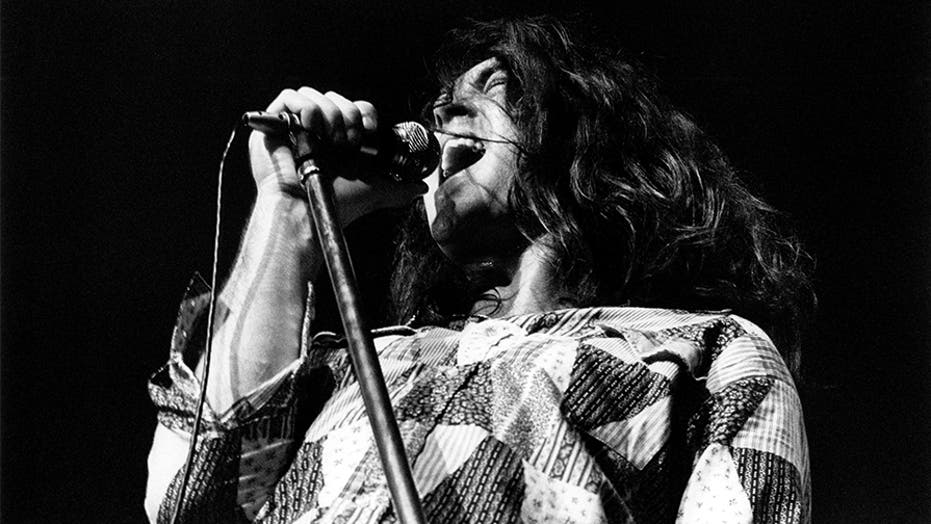 Deep Purple has zero plans to slow down.

The rock band is releasing their 21st studio album, “Whoosh!,” on Aug. 7, making it their third release produced by Bob Ezrin, of Alice Cooper and Pink Floyd fame.

Singer/songwriter Ian Gillan, along with Roger Glover, Ian Paice, Steve Morse and Don Airey, were invited by Ezrin to Nashville to write and record the album. It was there where the group adopted the motto “Deep Purple is putting the Deep back in Purple.” And Gillan, 74, has plenty to say about the Deep Purple’s lasting success.

Gillan spoke to Fox News about Deep Purple’s determination to make music for fans, how he really feels about “Smoke on the Water,” the one artist that surprised him and the most unique encounter he’s ever had with a fan.

Fox News: Looking back, what do you believe has been the secret behind Deep Purple’s lasting success?
Ian Gillian: I think it’s simple, really. You have to get along with each other pretty well. And the band has evolved as human beings, as individuals and as teams. We’ve had our ups and downs. But you take strength from every disappointment, every failure, every dark period. The band really is a group go people who have experienced changed but together, we’re stable.

And that’s a good thing. We are professional musicians. We have no illusions about fame. Sometimes things happen that you have no control over. Technology happens. But we have remained constant. And I think you can certainly see and hear that in our music. And we have to adapt. There’s really no other way to survive the business. But the secret to our success? I think it’s just being a family.

Fox News: Everyone is familiar with “Smoke On the Water.” When did you realize that song had become larger than life?
Gillan: It was a delayed process. The song had very humble beginnings. It wasn’t even supposed to be on the album. We were short seven minutes when we were recording in Switzerland and after the fire of the casino [in Montreaux]. We only had a few days left to record the album. And I remember on the last day, the engineer says, “You’re short seven minutes.” So we just quickly wrote a song based on what had happened and forgot about it.

We just thought it would be a good song to finish the album. We went on the road as if nothing had happened. And initially, the song wasn’t played on the radio because it was too long. But after it was edited for radio, that’s when it became a commercial success. Who would have thought that to this day, we would still be talking about this song? And it became so influential to many other artists over the years. We still play that song today.

Fox News: What’s the strangest or most unusual encounter you’ve ever had with a fan?
Gillan: One time we were in Brazil and there was a fan named Yvonne the Tigress who was a lunchtime stripper. We all went along to see her. She sang “Smoke On the Water” to the accompaniment of a conga drum. And it’s the only time I’ve been to a strip club - and I’ve been to many of them - where I’ve seen that happened… Wonderful experience. That’s the oddest one.

Fox News: As an artist, how do you feel about audiences making cellphones part of their concert experience?
Gillan: Well, at first it was weird. It just connected with me. Why would someone film you at a show when they’re at the show and missing out on the experience? But generations change. It became pointless to try and resist that tidal wave. We kind of got used to it. In fact, it became amusing to see everyone holding up their phones in the air when back in the day, it was lighters. Initially, I didn’t understand why everyone had to share everything and be in constant communication. But [with this pandemic], thank goodness for it. Because my phone hasn’t stopped ringing thanks to friends and well-wishers from around the world. I may not always understand it, but I’m too old *laughs*.

Fox News: What does it take for an artist to make it in 2020?
Gillan: Holy moly, I have no idea. I can only tell you from my own experience. Performing is key. You’ve got to get people watching you somehow. You can be celebrated as the greatest musician on the planet by the press. But that means nothing if you can’t even play an instrument or write a lyric. Find one thing in music that you’re passionate about and master the craft of it, whether it be playing one instrument, singing or even songwriting.

Success doesn’t mean getting recognition from the press, although that is always nice. Being commercially successful shouldn’t be the only reason to pursue music. It’s about creating music, enjoying it for yourself and making it enjoyable for others. That’s what’s truly fantastic. Trends change and everything moves so quickly now. My advice is to learn your music, love it and enjoy it as a friend for life.

Fox News: Who’s one artist that perhaps early on in your career you weren’t necessarily a fan of, but you went on to have a deep appreciation for and why?
Gillan: The big band jazz era was just before my time… And I think every generation tries to sweep away the past to have space for your own life and teenage culture. So consequently, there’s a gap between generations.

[But] I remember working with Sammy Davis Jr. at the London Hilton back in the ‘60s. I was in awe. I thought, “Wow, this is way above and beyond anything I’ve ever seen.” He was extremely talented, but he also knew how to perform on stage. I learned lots of lessons just from watching him… It goes to show that musical history is very important. Now I can relate… We may want to rebel from the past, go against it, but there are still many lessons to be learned.

Fox News: How does it feel to release a new album at this point in your career?
Gillian: It’s nice, to be honest. I feel like we’re back in the ‘70s. There’s this energy that’s quite fascinating to me. How does it feel? It feels good because we had a lot of fun making this record. We spent five or six days in Germany earlier this year.

Then we went to Nashville for two and a half weeks where we did the writing and arrangements. It was remarkably quick. Then I rented a cottage on the banks of the Cumberland River, overlooking the Grand Ole Opry. So I can hear the music floating from across the river until the early hours of the morning. And then I would sit up all through the night and write in this magical atmosphere. How do I feel? Pretty good. It’s nice when you finish a project and you’re happy with the result.

Fox News: What was it about Nashville that became a place of inspiration for you?
Gillan: I have to be quite honest with you, but I just think the circumstances were good. Our producer, who’s Canadian, lives in Nashville. And he has a place in Nashville where you have everything you need. It was a fantastic, relaxing environment to make a record. It was more from a practical point of view than an inspirational one.

But with certain places, you’re always drawn back to something that’s familiar and a creative environment. Nashville became that for me. Plus, if you want to go out and have a good night, you can’t go wrong with Nashville *laughs*. You can hear all kinds of bands and musicians here to get inspired. The country aspect may be part of its heritage, but it’s got a lot more going on here.