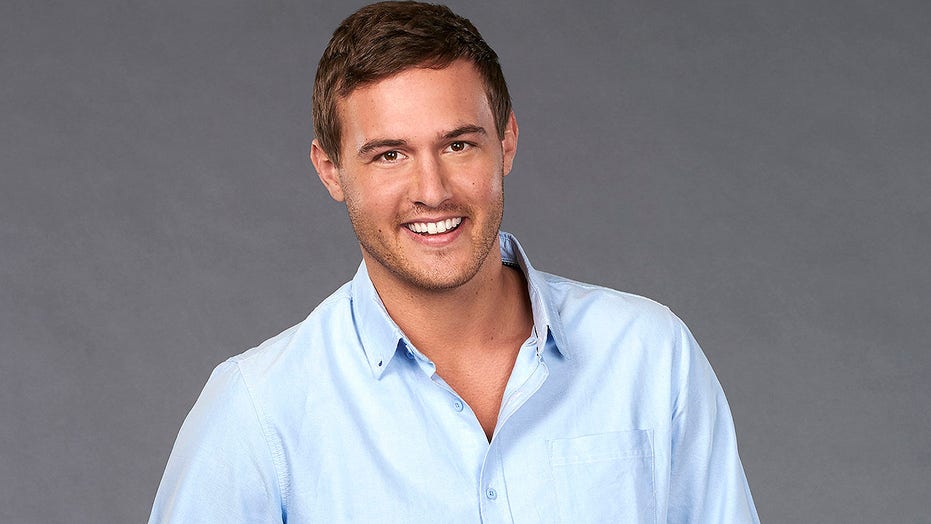 This season of "The Bachelor" has been long and winding.

SPOILER ALERT: This story contains details about the Season 24 finale of "The Bachelor."

After teasing that his season is unspoiler-able, Peter Weber, 28, made his final choice on Tuesday night -- he proposed to 23-year-old Hannah Ann Sluss. She was the last woman standing after front-runner Madison Prewett, also 23, broke up with Peter during their last date in Australia.

“I’m so incredibly in love with Hannah Ann,” Peter said in a confessional interview. “I am choosing Hannah Ann because I am 100 percent certain and I want to choose her every single day. She’s honestly the most beautiful spirit I’ve ever met and the most selfless person with the most caring heart. That’s all that I’ve ever wanted.”

However, Hannah Ann almost did not show up, with Chris Harrison delivering the news to Weber, who was standing alone moments before he was going to get down on one knee. Ultimately, she ended up accepting Weber's proposal.

'BACHELOR’ ALUM MELISSA RYCROFT: PETER WEBER IS ‘TOO STABLE AS A GUY’ TO HEADLINE THE SHOW

“Hannah Ann, I remember that very first night,” Peter told her. “When I had to give out that first impression rose there was never a question on who that was going to. All the memories we were able to make, I’ve cherished every single moment I’ve been able to spend with you.”

Except, the bliss of a "Bachelor" finale doesn't always last. Hannah Ann and Peter later broke up and it was all captured by the ABC cameras.

Hannah Ann visited Weber in Los Angeles after the couple hadn't seen each other for a month. During the visit, Peter admitted he was still harboring feelings for Madison.

"I want so badly to give you everything," a teary-eyed Weber told Hannah Ann, adding that he couldn't give her his whole heart.

"You took away from me my first engagement," she replied.

Looking back at that moment during the "After the Final Rose" live show on Tuesday, Weber said he "wasn't expecting" that to happen. "It was tearing my heart out," Weber told Harrison, 48.

Asked if Madison had a part to play, Weber said "a little bit."

Hannah Ann then joined Weber and Harrison, in which she told Weber that their engagement actually involved three women: her, Madison and "The Bachelorette" Hannah Brown.

"... Looking back on it, our engagement involved three women," she told him, noting that he needed closure from Brown, 25.

"If you want to be with a woman you've got to become a real man," Hannah Ann added.

Then, the question was: Did Madison feel the same way about him? Harrison visited Madison in her hometown of Auburn, Ala., without Weber's knowledge.

"I would've done things differently," Madison admitted to Harrison of leaving the show.

Harrison then dropped the news to Madison that Hannah Ann and Weber are no longer a couple. "Are you in love with Peter?" Harrison flat out asks Madison. "I mean I know that like I fell in love with him and those feelings have not gone away, but I don't know where his head is at."

"It's just a little confusing to me," Madison admitted.

Madison and Weber were having problems in their relationship ever since Madison revealed she was waiting until marriage to have sex because of her faith. She said during her fantasy suites date that she wouldn't be OK if Weber had been intimate with other women on the show, which he admitted to.

Peter and Madison in Alice Springs, Australia, on night one of a two-night, live special, season finale event on 'The Bachelor.'  (ABC/John Fleenor)

Still, Madison flew to Los Angeles for a "second chance," where she told Weber her true feelings.

"I have so much love in my heart for you," she told Weber, and he responded, "I know that I fell in love with you,"

Fast-forward to "After the Final Rose," Harrison directly asks Weber: "Are you in love with Madison?" to which he says, "Yes." Madison then joins the two on stage.

Asked if he wants to give this relationship a real shot, Weber said he wants to "take it one day at a time." "It's possibly the smartest way to go about this," Weber confessed before his family chimed in.

THE BACHELOR - "The Bachelor: Season Finale Part 2" - Peter and Madison discuss where they left off in the hot seat during the second night of the live special, season finale event of "The Bachelor," TUESDAY, MARCH 10 (8:00-10:01 p.m. EDT), on ABC. (John Fleenor via Getty Images) MADISON, PETER WEBER

"Chris, of course, I have my feelings," Peter's mother, Barbara, told Harrison, voicing her concerns about Madison.

On Monday night's show, Madison and Peter's problems came to a head when she and Hannah Ann each met Peter's family.

"I don't want anyone to change him, because he is who he is and we love him the way he is," Barbara told Madison in the episode. "I respect you for your values, and if I didn't want to go to the fantasy suite because I was you, I understand that. But to tell someone else, when there are other girls that he has very strong feelings for, whether he wants to get physical or emotional, that's up to him."

Hannah Ann and Peter Weber during their last one-on-date in Australia.  (ABC/John Fleenor)

Madison responded by telling Barbara her expectations were "valid just as much as his."

Ultimately, Peter's mom told her son that Madison was "not there" for him before praising Hannah Ann. "Madison is a sweet girl, lovely girl, but Hannah Ann is an angel on Earth, and I want him to make the right choice," Barbara said.

During the live show, Weber's parents and Madison spoke about how they felt. "Chris, he's going to fail to succeed," Barbara told Harrison.

"The Bachelor: Season Finale Part 2" - Peter, Hannah Ann and Madison appeared live with Chris Harrison to talk about those tumultuous days in Australia and the rollercoaster of events that have happened since. Its all on night two of the two-night, live special, season finale event on "The Bachelor," TUESDAY, MARCH 10 (8:00-10:01 p.m. EDT), on ABC. (John Fleenor via Getty Images)

"I hate this situation. It's telling to me there are so many obstacles in the way to get to this point that you don't start a relationship like that," said Weber's father, who is also named Peter.

Madison noted that it just wasn't Weber's journey they were on.

"All I've ever wanted is the best for you Peter and you too, Madison," Harrison said before closing out the show.