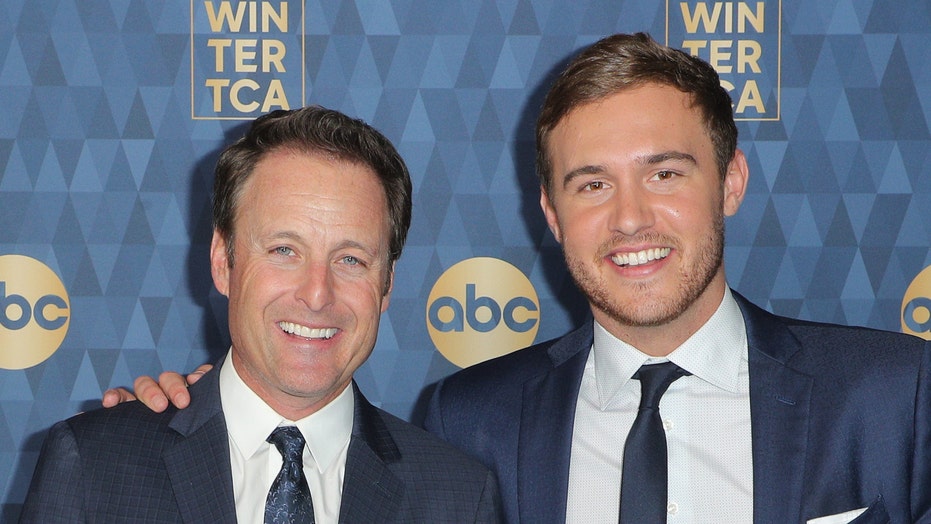 When "Bachelor" star Peter Weber said the end of his season is unspoilable, he meant it.

The pilot, 28, has been keeping Bachelor Nation on its toes as he enters into the final few episodes of his season. The reality TV star is also keeping coy about the rumor that he doesn't even end up with one of the women on his show but rather falls for one of the producers, Julie LaPlaca.

Longtime host Chris Harrison left fans even more confused when he said that Weber and LaPlaca have an "intimate relationship."

"Actually, I didn’t mean to do anything other than the fact that we spend a lot time together, we travel the world together,” Harrison told Access on Tuesday. “Julie, an amazing, talented, smart producer that works for us — works on the show, so she’s with Peter.”

“It’s an intimate relationship,” the 48-year-old added. “You spend that much time together we all get close. Sometimes those lines get blurred.”

Harrison also clarified that the only outcome that matters is that Weber is happy and fulfilled in his personal life. “The only rules are, Peter needs to have the best opportunities to find love. If something were to mess that up, then we would step in. We would help," he said.

To add fuel to the fire, ABC exec Robert Mills, who is the network’s senior vice president of alternative series, told Entertainment Tonight earlier in February that fans shouldn't jump to conclusions.

“Well, I hate to get in the way of a good rumor, so I’m not going to confirm or deny about whether he ends up with a producer!” Mills said. “I don’t know how we’d ever top that though! But, it is crazy."

"What we’ve seen about the finale over the years is that the ‘finale’ is really on that night when the show goes live,” he added. “There’s a lot of craziness, it’s a roller coaster, but I would say even now the roller coaster hasn’t ended, and it won’t end until after 'After the Final Rose.'”

Weber has previously teased that the end of his season is "very unique."

"There's a specific reason [the end won't be spoiled]. Obviously I can't say [what it is, but] I feel like this a little bit unique of an ending," he told ET. "I couldn't have predicted that last week was the hardest week of my entire life."

Currently, Weber is down to his final three women: Hannah Ann Sluss, Madison Prewett and Victoria Fuller, although it's unclear where he stands with Prewett after she exited their Fantasy Suites date early when she found out he had been sexually intimate with the other women.