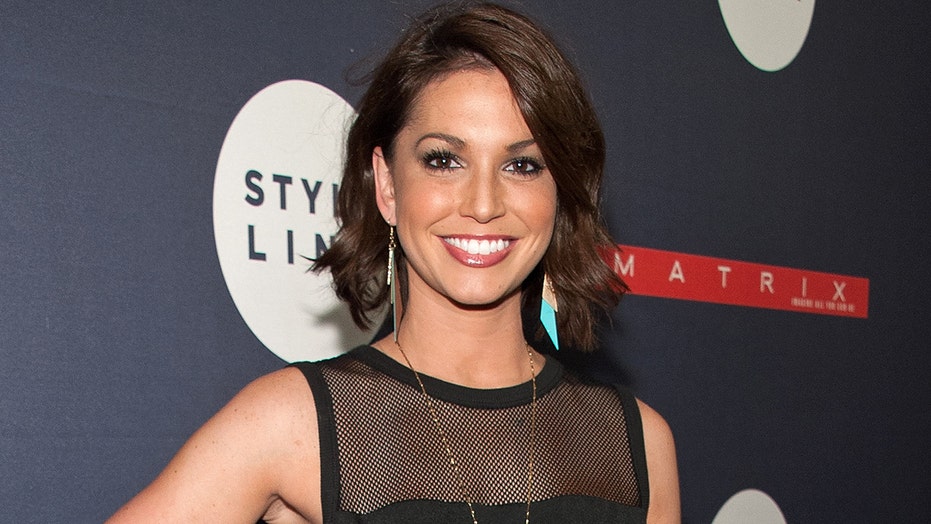 Melissa Rycroft is siding with many fans who believe Peter Weber’s season of “The Bachelor” feels a bit different than past seasons of the uber-popular reality dating show.

As live discussions surrounding this season of the "Bachelor” take place on a weekly basis, much of the consensus from critics centers on the notion that many of Pilot Pete’s suitors just aren’t that interesting.

While Rycroft, a former “Bachelor” contestant, agrees with part of the argument that some of the contestants simply might not be built for the grind that is reality television, the past hopeful detailed to Fox News her theory behind why she feels season 24 of “The Bachelor” is “dull” and why Weber, 28, was the wrong casting decision.

“I feel older and older the more I watch this show,” Rycroft said, after telling us she watches every episode “with a notepad and a glass of wine.”

“I do. I mean, the fact now that we've seen an entire episode based on someone stealing someone's champagne. We've seen another complete episode based on the fact that a girl maybe changes her voice when the cameras come on or she doesn't – I don't know. I mean, it's mind-blowing to me how trivial these arguments are.”

“And yet as the audience, we're still watching it,” added Rycroft. “I just watched two hours of it last week. And so I think it's comical and I think what's happening now with the contestants is that they're all really in on the joke. And so we feel okay laughing about it because I think they're there just to kind of create as much drama as they can because these fights are so stupid.”

"I'm conflicted on Peter personally, and I'm not sold on him as 'The Bachelor.'"

The former “Dancing with the Stars” contestant explained that, in her view, Weber is simply too much of a nice guy to effectively capitalize on the myriad of opportunities being the “Bachelor” can provide.

“I'm conflicted on Peter personally, and I'm not sold on him as 'The Bachelor,'" said Rycroft. “And I say that almost to give him a compliment in that I think he's almost too good and he's too normal and he's too stable as a guy and just safe.”

Airline pilot Peter Weber flew into the hearts of women everywhere and left all of America shocked and heartbroken when Hannah Brown decided to end their relationship. Now Peter is back and ready to once again capture hearts across the nation when he returns for another shot at love as the star of the 24th season of ABC's hit romance reality series 'The Bachelor.'

Despite Weber’s lack of display of some alpha-tendencies, Rycroft praised the former Hannah Brown hopeful for his genuine care, adding that she felt his viral moment with Brown returning to the “Bachelor” house at the top of the season showed his most honest feelings.

“One of the truest emotions I think we saw come out of him was when we saw Hannah come back and we saw that conflict in him where we looked at it going, 'Oh my gosh, maybe he's not over her and ready to move on,’” Rycroft explained. “And how quickly he was able to flip on and off is a little confusing to me, to be honest.”

Continued Rycroft: “But I think it speaks to your point that this has all happened to him in a span of like four or five months. I mean, it's really hard for Peter to probably process going into 'The Bachelorette,' finding his journey with Hannah, falling in love with Hannah, getting rejected by her and then seeing her kind of try to go back to Taylor and keep succeeding on 'Dancing [with the Stars]' and then to see her try to come back to him – I mean, his emotions are all over the place.”

“So, I totally understand what we saw from him that first episode with Hannah. I mean, it's hard to digest going through all of that in such a short amount of time,” added Rycroft.

Rycroft competed on season 13 of “The Bachelor”, where she got engaged to Jason Mesnick, only for Mesnick to spurn Rycroft after the season finale for Molly Malaney. The insane twist came as a surprise, but from that moment forward, Rycroft knew the show had a certain way of producing itself that would allow “the machine” to carry on.

“So back when I did the show, it was, I think produced very differently. And I think they let a lot more organic things happen,” she explained. “But what I will say is the producers are very good at knowing what the next step is going to be and setting up the perfect situation to film it. For example, when I had gotten engaged and producers, of course, are in touch with us and Jason, my 'Bachelor,' and they knew that he was changing his mind about not wanting to be with me and wanting to be with Molly.”

She continued: “The producers knew that and they grabbed on to it and when they set up the whole, after the final rose, everybody had -- they didn't tell me what was going to happen. But they knew that they didn't really have to produce the moment, they just had to set it up and kind of let him walk into it. And what happened, happened organically, but it happened organically because they set that scene.”

'Bachelor' star Jason Mesnick selected Melissa Rycroft, as his leading lady, even giving her a 3.1 carat Neil Lane diamond ring -- only to publicly dump her on TV six weeks later, opting instead to go back to runner-up Molly Malaney. (AP)

Relating the experience to Weber and Brown’s unexpected reunion Rycroft explained: “I feel like when we saw Hannah and Peter, that that's exactly what happened. That they saw a moment behind the scenes where Hannah was very emotional because she had everything going on.

“And rather than, you know, putting the cameras down and taking a walk ... they said, 'Wait a minute. Let's send Hannah back in to talk to Peter and let's put Peter back in to go talk to her and let's get the cameras going.' And I think they took advantage of that moment. So, yeah – I don't think they scripted it. But I think producers had that big plan once they saw what was happening," Rycroft claimed.

"The 'Bachelor' was just a launching pad for me growing up and kind of turning from an early 20s girl to a woman if you will, you know, and it started that journey.”

Rycroft also revealed which frontrunner she believes has the best shot at receiving that coveted rose from Weber at the end of the race.

"It changed because I had Sydney upfront until these past weeks. And I went, 'Oh, you can't go tattle-tale and then still win at the end,” she said. “I'm going to say just from the dates that we've seen, Madison, who had the first one-on-one, I think she’s my frontrunner right now because she just seems to be sweet and genuine and good for Peter. And yet, staying out of the catty drama, which I think are all good signs.”

The former Dallas Cowboys cheerleader and mother of three also dished on how she combats serious year-round allergies on a constant basis with the help from her husband, Tye Strickland, and UnderstandingAIT.com, a website she partnered with to educate those on the sources of allergies and to learn about treatment options like immunotherapy.

“It’s kind of the perfect place to start because you can go and look at some symptoms that you have,” she said. “There's a Doc Finder, conversation-starters and there's a quiz to evaluate symptoms and treatment options, which is then when I went in and I got tested and I started learning about immunotherapy treatment, and I went, 'Oh!' So basically, I've just been putting a Band-Aid on everything for the past several years by taking over-the-counters when I felt I needed to, rather than looking at what the problem was and then linking the problem with my personal allergies that were making me sick.”

Rycroft said once she finally got tested for specific allergens that could possibly be contributing to her symptoms, she immediately made a change that helped her in the long run.

“Well, the first big part was actually getting tested and finding out what it was they were allergic to. You know, and not just assuming it's probably something outside,” she said. “Like ragweed for instance, I think that was one of my really big allergy factors that were definitely inside my house. And so I had to change my cleaning products. I’ve had to change kind of how I do my day-to-day life.”

Reality TV star Melissa Rycroft and her professional dance partner, Tony Dovolani, were named the champions on ABC's 'Dancing with the Stars: All-Stars' on Nov. 26, 2012.

She continued: “But when I really started educating myself about what it does and, you know, putting the small allergens kind of back into your body to build up that tolerance with your body again, that's when it really started to make sense for me. Like maybe this is the path, that I need to be going down. To be honest, I had never really heard of it before, and it wasn't until I started doing research and looking into it, I said, ‘I think this is the path that I should go down. Really taking control of my life and improving the quality of my life day-to-day.”

When asked what still resonates with her today about her time on the show, Rycroft said being on “The Bachelor” allowed her a certain level of personal growth she otherwise might not have had unless she didn't make the leap and put herself in the new and uncomfortable position to compete on season 13.

“As odd as it sounds, I really gained a lot of confidence going through all the emotions,” she reflected. “I went in as this young single little girl. I had thought I found love and then I found myself heartbroken and wondering why in the world did I just go through this whole experience?”

Rycroft added: “And out of it came 'Dancing with the Stars' and all of these opportunities, I had confidence in me that I hadn't had before, you know, and it helped me to discover my self-worth and say 'I need to know who I am and be comfortable with who I am before I can try to fight for anybody and want anybody to fall in love with me.' It sounds really corny and cliché, but the 'Bachelor' was just a launching pad for me growing up and kind of turning from an early 20s girl to a woman if you will, you know, and it started that journey.”