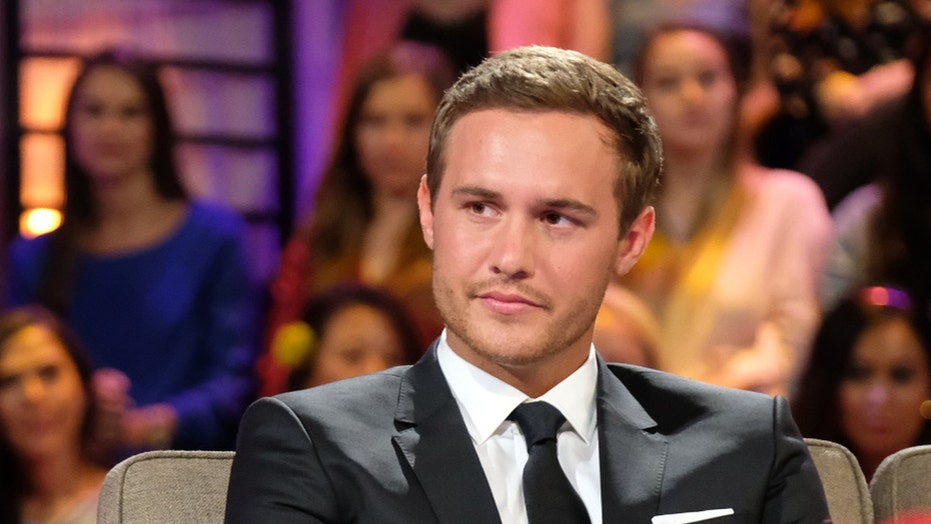 "Bachelor" fans were left fuming Monday night after part one of the series finale revealed, after weeks of speculation, which contestant Peter Weber's mother cried over.

Barbara Weber's meltdown went viral earlier in the season when a teaser clip showed her crying and telling her son to not let go of one of the contestants. The full clip finally aired Monday, revealing that it was not fan-favorite Madison Prewett or former "Bachelorette" Hannah Brown who won over Barbara's heart.

Instead, it was Hannah Ann. Fans took to Twitter to voice their disappointment at Barbara, who insisted to Peter that Hannah Ann is the obvious choice and an "angel on Earth."

"I cannot believe Barb let down all of America #TheBachelor," one disappointed fan wrote, along with a meme of Tyra Banks saying "I was rooting for you, we were all rooting for you! How dare you?"

Another angry fan called Barbara "the real manipulative person on the show."

"I vow to never have anywhere near this level of inappropriate involvement in my son's love life," the fan wrote.

"Just so we're clear: Peter's family called him a 'partier' and celebrates his sexual promiscuity...and they're genuinely CONCERNED that Madi 'might change him'...." one viewer tweeted.

"Imagine marrying into a family where this is how your mother in law reacts to the very idea of you #TheBachelor," another viewer wrote alongside a picture of Barbara breaking down to tears.

During Monday's episode, Babara voiced her concerns directly to Madison.

"I don't want anyone to change him, because he is who he is and we love him the way he is," Barbara told Madison in the episode. "I respect you for your values, and if I didn't want to go to the fantasy suite because I was you, I understand that. But to tell someone else, when there are other girls that he has very strong feelings for, whether he wants to get physical or emotional, that's up to him."

Madison responded by telling Barbara her expectations were "valid just as much as his."

Ultimately, Peter's mom informed him that Madison was "not there" for him before praising Hannah Ann. The embattled mom told Peter that God answered her prayer by welcoming Hannah Ann into his life.

"You have a gem waiting for you who is madly, head over heels in love with you, and God put her there for you. I think God has answered my prayers and put the right person in your path."

"Madison is a sweet girl, lovely girl, but Hannah Ann is an angel on Earth, and I want him to make the right choice," Barbara added.

Part two of the series finale airs on ABC Tuesday at 8 p.m. EST.