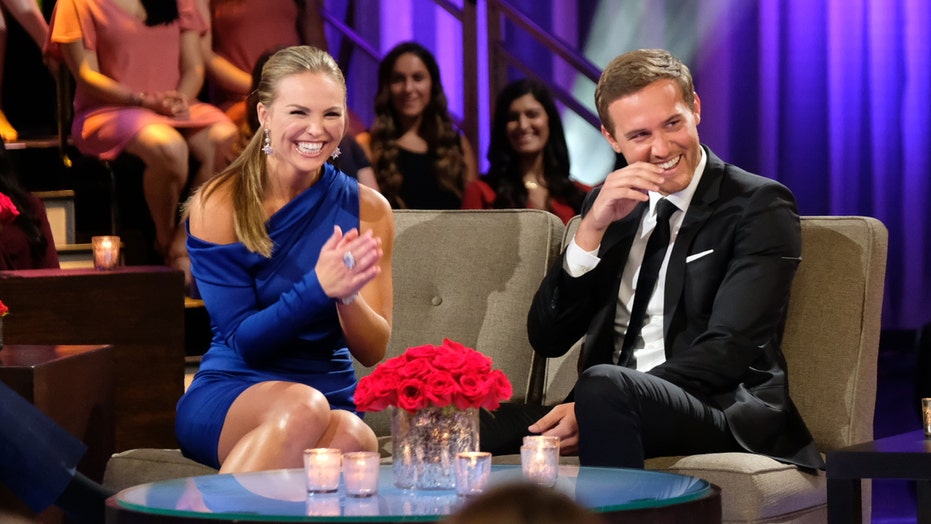 The windmill shall live on in infamy.

The fantasy suite sleepover that "Bachelorette" star Hannah Brown and one of her final contestants, Peter Weber, had in a windmill in Greece during her season turned into an iconic part of pop culture history.

So much so, the same imagery was used in Weber's first promo as the new "Bachelor" lead and fans were loving it.

Brown reacted to seeing the short clip during an interview with Entertainment Tonight on Monday night.

"I don't know. It was a memorable moment, I think, for everyone," Brown confessed. "So, they had to put it in the promo."

Brown made headlines over the summer for revealing she and Weber had sex in the windmill during their overnight date.

"I have had sex," she revealed while in an argument with eliminated contestant Luke Parker. "Yeah, and Jesus still loves me."

She later confessed to the camera, "I didn't just go to fantasy suite. I f--ked in a windmill. And guess what? We did it a second time!"

Then, during the finale live special, the former beauty queen admitted she and Weber actually did the deed four times.

"I was a little dishonest about something," she said. "I did say there's something that Peter and I did twice -- it was actually four times."

Weber was named the next bachelor in September and he's almost done filming his season, which is set to premiere Jan. 6 on ABC.