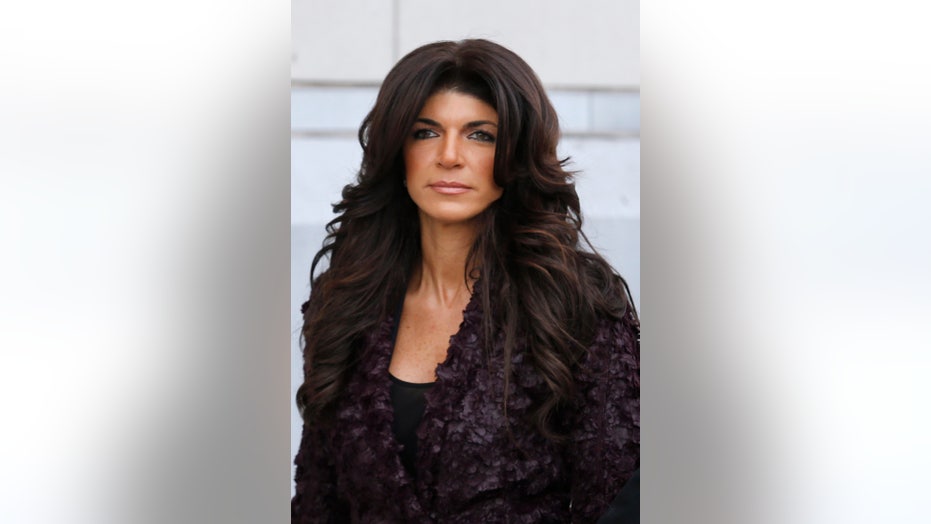 The drama never seems to leave the Giudices.

"Real Housewives of New Jersey" star Teresa Giudice is in the midst of an internal battle about her feelings for her husband of 20 years, Joe Giudice.

FILE - In this Nov. 20, 2013, file photo, Giuseppe "Joe" Giudice, left, and his wife, Teresa Giudice, of Montville Township, N.J., walk out of Martin Luther King Jr. Courthouse after a court appearance, in Newark, N.J. On Thursday, April 18, 2019. Attorneys for Joe Giudice said that their client has lost his appeal to avoid deportation to Italy. (AP Photo/Julio Cortez, File)

On Tuesday, Bravo released the first few minutes of the season 10 premiere of "RHONJ" to their Bravo Insiders club, which was also obtained by People magazine. In the clip, Teresa was shown being torn about her relationship with Joe.

The 47-year-old mother of four admitted to feeling like "drinking a bottle of tequila every night" and said to costar Danielle Staub that she feels like she's "living the worst nightmare ever."

When Jennifer Aydin asked her if she's still in love with her husband, Teresa responded with a frank "I don't know."

Aydin, 42, went on to call her costar “a ticking time bomb” in the preview.

"I haven’t been happy in so long," Teresa said to sister-in-law Melissa Gorga. "And I just want to be happy again."

Gorga, 40, said, “She doesn’t know if she’s going to be staying married to someone or not,” within the premiere’s first two minutes.

"RHONJ" star Margaret Josephs was the most vocal about Teresa's marital issues.

“Teresa is cocktailing it up all night while her husband is sitting in an ICE facility,” Josephs, 52, said. “That is shameful.”

The two get into an explosive argument after Josephs says: “You are not the person I met” to Teresa.

Teresa also showed her fellow Housewives a picture of a shirtless man, saying, “He’s the one I hooked up with.”

All of this drama is occurring as Joe, 49, is awaiting his final appeal in his long battle against deportation from the United States.

Following his request to be released from the custody of Immigration and Customs Enforcement (ICE), Joe left the United States for his native Italy on Friday. He has been held by immigration officials since he completed his 41-month prison term last March after pleading guilty to multiple charges of fraud in 2014.

A judge ruled in October 2018 that he would be deported upon completion of his prison sentence.

He was detained to "a facility in western Pennsylvania which houses immigration detainees," their family lawyer, James J. Leonard Jr., told Entertainment Tonight.

Joe has said he came to the U.S. as an infant and wasn't aware he wasn't an American citizen.

However, according to U.S. law, even though Joe has lived in America since he was an infant, he never became a legal U.S. citizen and immigrants may be deported if they are convicted of "a crime of moral turpitude" or an "aggravated felony."

Leonard told Fox News in a statement last Friday: "Our system of justice has failed this family. These draconian immigration laws are destroying families, and the time for serious immigration reform is here. It’s absolutely gut-wrenching what is happening. Our country is so much better than this."

While Teresa has stood by her husband publically, she has also expressed doubt about their marriage if he is deported. During the "RHONJ" season 9 reunion, she admitted that she's “not doing a long-distance relationship.”

Gia recently posted an Instagram photo of her father in Rome, looking much slimmer.

"So happy your together right now.. enjoy see you in a few weeks daddy," the 18-year-old wrote.