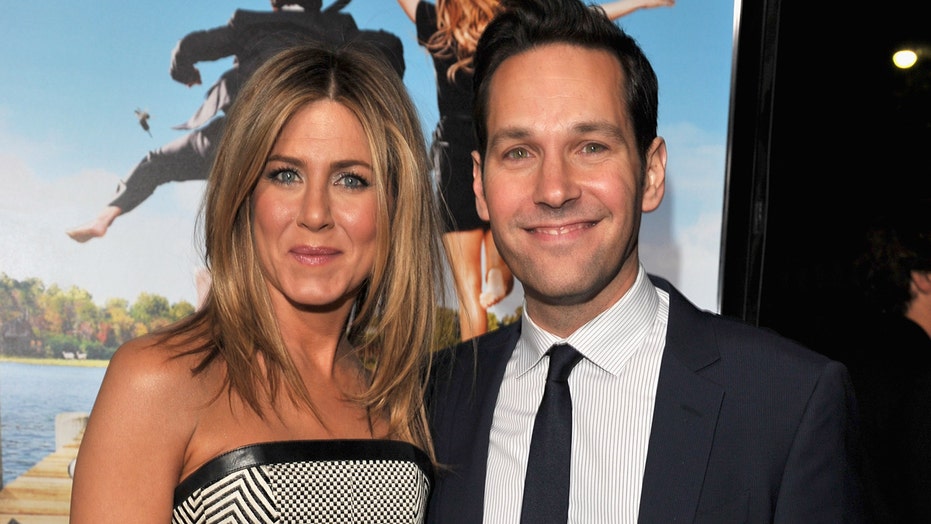 Paul Rudd shared an interesting tidbit from his time on “Friends.”

The comedic actor-turned-Marvel superstar appeared on the BBC’s “The Graham Norton Show” on Friday and spoke about the popular sitcom’s 25th anniversary, spilling a little tea on himself as he recalled the time he nearly fumbled his gig on the series after accidentally injuring co-star Jennifer Aniston.

'GHOSTBUSTERS' SEQUEL TO FOCUS ON A FAMILY FROM THE ORIGINAL FILM

"I was on set for my first episode and Jennifer was on a Segway because she had broken her toe, and everyone was marveling at it," Rudd recalled. "Matt LeBlanc asked to have a go and immediately knew how to do it. I then asked to try it, too."

The 50-year-old said that in an instant he almost lost everything.

Actors Jennifer Aniston and Paul Rudd arrive at the Los Angeles premiere of "Wanderlust" at Mann Village Theater in California back in 2012. (Photo by Lester Cohen/WireImage)

"I spun 'round and rolled it right over Jennifer's foot!" he said. "The producers' look of panic was as if to say: 'Is it too late to fire him? Has his character been established yet?' I felt awful. Such an inauspicious start."

Rudd had a recurring role as the husband of Lisa Kudrow's character, Phoebe, from 2002 until the show’s end in 2004. Throughout the time he worked with Aniston on the set, Rudd said he’s certain she never got over his folly.

"I was on the soundstage and Jennifer Aniston was crying, and I thought, 'I'm not supposed to be here,' so to break the ice, I went over and said, 'Well, we did it, what a ride,'" he offered. "The joke inevitably fell flat."

Rudd said he enjoyed his time on the series, calling it “an incredible thing to be a part of.’

He and Aniston would go on to co-star in “Wanderlust” in 2012 alongside Aniston’s most recent ex, Justin Theroux.