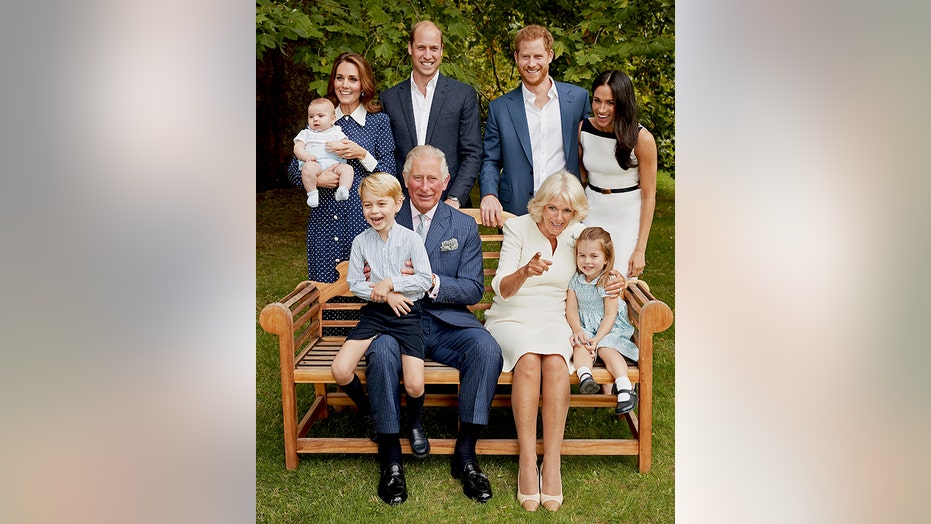 When you're in the spotlight as much as the British royals, drama is just waiting to happen.

The royal family has made headlines over the years with reports of feuds that have been across marriage lines, among siblings, instigated by in-laws and everything else in between.

Here's a quick rundown of some of the biggest spats among the current British royals.

In 2018, rumors of a possible feud between the two duchesses came to light, with many sources indicating there was "tension" between them. Later on, reports emerged that Meghan Markle allegedly made Kate Middleton cry ahead of her and Prince Harry's royal wedding. The family has since vehemently denied these rumors.

Although there's no concrete evidence to support claims of a feud between the sister-in-laws, some experts believe that while the two aren't quite fighting, they don't seem to be very friendly either.

"They quite quickly realized they were two pretty mature women — quite different women — and really the only thing they had in common was they'd married princes," royal expert Katie Nicholl told Glamour. "Not just Prince Harry, I think probably the world wanted them to become best friends."

Prince Harry and Prince William are reportedly said to be feuding ever since Prince Harry's whirlwind romance with now-wife Meghan Markle began. (Getty)

Following reports of the aforementioned Kate vs. Meghan feud, some sources later claimed it was actually the princes themselves who became entangled in hostility.

In 2018, royal filmmaker Nick Bullen told Fox News that the royal tiff was actually between Prince Harry and Prince William. However, Bullen assured those concerned that Harry and William's rocky relationship is not uncommon with siblings.

“I think it was sad," Bullen admitted. "I think it was really, really sad because you don’t want to hear this, but again, it goes back to them being real people. We forget that they are people. We’ve all fallen out with our brothers and sisters over the years, and hopefully, it’ll be fine."

Despite their apparent tension, it seems the brothers have since made peace, thanks to the birth of Meghan's newborn son, Archie.

In 2016, author Christopher Anderson released his book "Game of Crowns," which delved into the personal lives of all three central women in the royal family at the time, Duchess Camila, Kate Middleton, and Queen Elizabeth II.

The book disclosed some details about Camilla's feelings towards Kate and her relationship with Prince William, including one passage claiming she was "disgusted with William and Kate sucking up all the attention," following her quest to gain the public's approval following her marriage to Prince Charles in 2005.

The book also claims Camilla tried to convince William to break up with Kate in 2007, several years before their eventual marriage. The couple did split briefly that year, before getting back together shortly after.

Samantha Markle (left) has frequently spoken out against her half-sister, the Duchess of Sussex. (FOX / Getty)

Ever since it was announced that Markle, 37, was to be engaged to Harry, 34, and become a royal, several members of the Markle clan were less than pleased with the idea of engaging with their future family members.

Last year, Meghan and Harry were reportedly "frustrated" with her father, Thomas Markle, who claimed he was "terrified" of the prospect of life as a royal. Meghan allegedly went a significant period of time without contacting her father, leading to his reaction, "I think she's under too much pressure. There's a high price to pay to be married to that family."

In response to the news, Meghan's half-sister, Samantha Markle, lashed out at her sibling in the press, even going as far as to say, "If our father dies, it's on you Meg!"

Samantha later retracted her statements, admitting she kept going to the media for money. In an interview with "Good Morning Britain" days after her initial statements, Samantha claims her motives were justified.

"Let’s face it, we all have to survive," said the 54-year-old. "Money makes the world go round, so if you want to call that cashing in, that’s fine."

CHARLES SPENCER AND THE ROYAL FAMILY

Two decades after Princess Diana's death in 1997 at age 36, her brother Charles Spencer blasted the royal family's handling of her sister's funeral, citing a specific instance involving William and Harry at the solemn event.

Spencer sat down with BBC for a 2017 interview, in which he described the family's "bizarre and cruel" decision to have the brothers walk behind their mother's funeral procession.

"I was lied to and told that they wanted to do it, which of course they didn't," he claimed, later deeming the experience to be “the most horrifying half an hour of my life."

Harry confirmed Spencer's account in an interview with Newsweek that same year. "My mother had just died and I had to walk a long way behind her coffin surrounded by thousands of people watching me while millions more did on television," he confessed. "I don't think any child should be asked to do that under any circumstances. I don't think it would happen today."

Sarah Ferguson arrives for the wedding ceremony of Prince Harry and Meghan Markle at St. George's Chapel in Windsor Castle in Windsor, near London, England, Saturday, May 19, 2018.  (Gareth Fuller/pool photo via AP)

When Duchess of York, Sarah "Fergie" Ferguson first began her relationship with Prince Andrew, it seemed things would roll over smoothly, but things quickly went south.

Prince Philip reportedly saw Fergie to be a constant attention seeker, leading him to infamously label her as "that woman," according to The Daily Beast. It didn't help that Fergie was a constant target in the British press, and her eventual divorce from Andrew in 1996 did not do their relationship any favors. However, per The Sun, recent sources reportedly have claimed that Philip no longer holds a grudge against Fergie after all, so could the two have buried the hatchet?

With the status of her relationship with Philip still up in the air, it seems that Fergie's reputation has also put her at odds with another royal, Charles, especially after news broke that Fergie and Andrew may have rekindled their relationship.

BARBRA STREISAND HINTS AT PRINCE CHARLES AFFAIR RUMORS: 'I COULD HAVE BEEN THE FIRST JEWISH PRINCESS'

According to Marie Claire, Prince Charles "snubbed" Fergie of an invite to Harry and Meghan's wedding reception, and allegedly still "holds a grudge" against her, dating back to a widely-publicized scandal in which financial advisor John Bryan was caught sucking Fergie's toes, shortly following her divorce from Andrew.

Fergie was also rumored to have a rivalry with Diana, but she recently denied these rumors in a new interview, while also slamming other rumors of a feud between Meghan Markle and Kate Middleton.

"Women, in particular, are constantly pitted against and compared with each other in a way that reminds me of how people tried to portray Diana and me all the time as rivals, which is something neither of us ever really felt," she said.