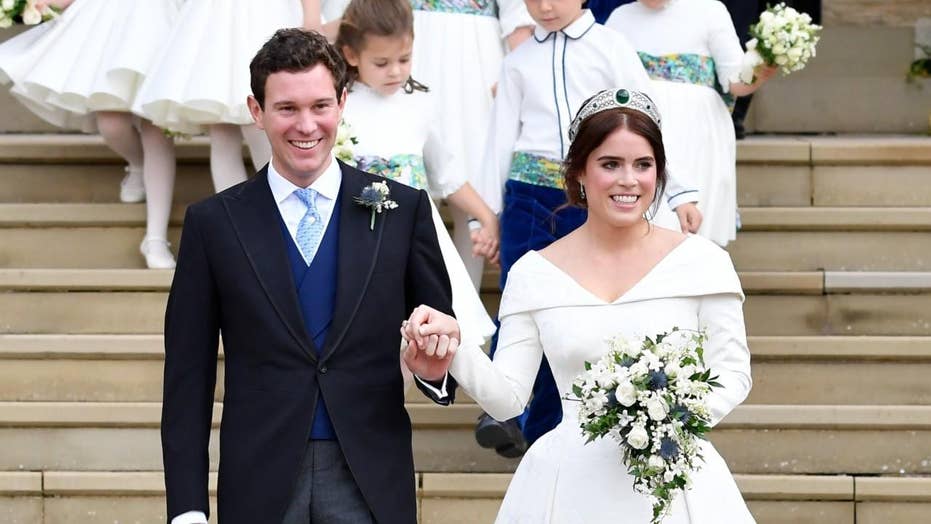 Princess Eugenie has a heartfelt message for her mother Sarah Ferguson.

The British royal took to Instagram on Sunday where she paid tribute to the 60-year-old in honor of Mother’s Day in the U.K. The 30-year-old also posted several throwback photos featuring her older sister Princess Beatrice.

“Happy Mother’s Day!!” wrote Eugenie. “Today I want to celebrate my mumma but also all the amazing mothers out there.”

Eugenie also honored the mothers working in the health care industry who have separated from their families to care for patients impacted by the ongoing coronavirus pandemic.

“I would like to celebrate all the mothers that can’t be with their children today because they are saving lives or keeping their distance to keep them and their children safe,” Eugenie wrote. “Today and every day we should tell our loved ones how much we love and cherish them.”

Ferguson shares Eugenie and Beatrice, 31, with ex-husband Prince Andrew. The couple tied the knot in 1986 but parted ways in 1996 after 10 years of marriage.

In January of this year, Eugenie returned to social media after a two-month-long hiatus. Her return came after her grandmother, Queen Elizabeth II, granted her father permission to “step back” from his public duties.

The decision came after he took part in a disastrous interview with the BBC about his relationship with the late Jeffrey Epstein.

“It has become clear to me over the last few days that the circumstances relating to my former association with Jeffrey Epstein has become a major disruption to my family’s work and the valuable work going on in the many organisations and charities that I am proud to support,” the statement posted to the royal family’s Twitter account reads in part.

“Therefore, I have asked Her Majesty if I may step back from public duties for the foreseeable future, and she has given her permission."

Andrew "categorically" denied Giuffre's claims and said he had never met her despite a photo surfacing showing the pair standing next to each other.