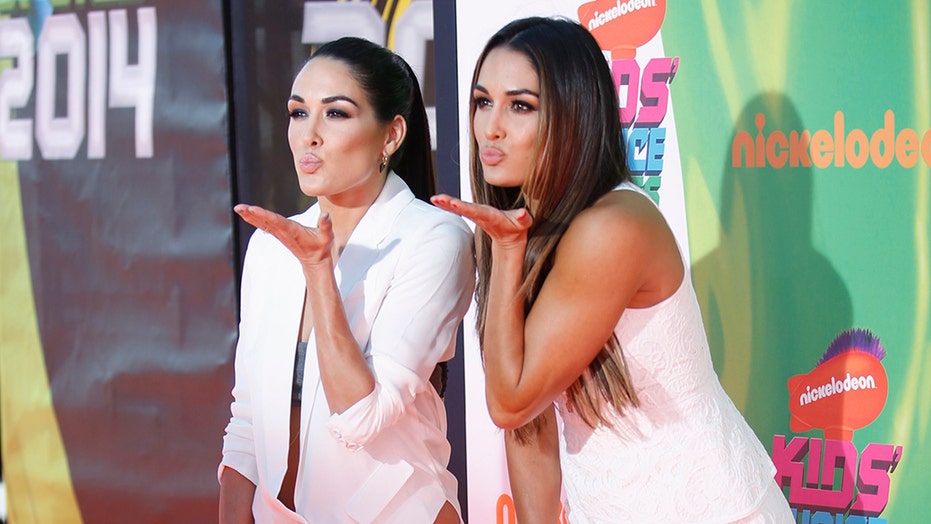 Nikki and Brie Bella's father couldn't be happier that his twin daughters are pregnant at the same time, he exclusively revealed to Fox News.

The former WWE divas, both 36, revealed to People on Wednesday they are shockingly both expecting babies within two weeks of each other. Their father, Jonathan Garcia, couldn't contain his elation to Fox News on Wednesday, revealing that he was "especially" excited for Nikki to become a first-time mom.

"I'm very excited for both of them. They will be my sixth and seventh grandchildren, God willing everything comes out good. I can't really say it -- but OK, I'll say it -- I'm especially excited for Nicole," Garcia told us.

"I just thought she was going to go without being a mother because it's later in the years for her. Her timing was perfect," the happy father continued of Nikki, who is expecting with her "Dancing with the Stars" alum fiance, Artem Chigvintsev. "She's going to be so good. Nicole is a natural and it's going to change her life for the best."

Garcia, who was once reportedly estranged from the twins, has become much closer to his daughters in recent years. He admitted once he learned of the news, he teased them about the timing.

"It's amazing just because their dates are going to be so close together. I kind of joked to them and said, 'Did you guys plan this big romantic night or what?'" he laughed.

The excited father also revealed when the family additions are expected to arrive.

"They're looking at the end of July, early August. They'll be summer babies!" Garcia said, adding, "We'll have to get them sunscreen right away!"

Garcia admitted that his particular excitement for Nikki comes from her past public relationship with John Cena, who was adamant for years about not wanting marriage or kids. Nikki's dad stressed that he's already confident Chigvintsev will make a great father.

"John [Cena] is a true, hard-working businessman and he was straightforward about [kids] being something he didn't want. John continues to do what he loves to do and he's doing a great job at it and my daughter is now getting what she wants out of life."

He added: "Her life is a little different thanks to her relationship with Artem. She has found her happiness. His manners are awesome and he has a big heart. I already know that dude is going to be a great father."

Of course, Garcia said he's already aware of how prepared Brie and her husband, Bryan Danielson, are to take on the role of being parents of two. The married couple already shares daughter Birdie, 2.

"Brie already has proven to be a great mother and Brian is just so attentive with their daughter, Birdie. They are just amazing parents. Even while working on the road, what I always witness is their time off just is completely for Birdie. This is going to be a great addition to give Birdie a brother or a sister, whatever God decides."

While Garcia does not appear on the family's E! reality show "Total Bellas" -- he has been split from Nikki and Brie's mother for years -- the proud dad said he's excited to watch the excitement unfold later this year.

"This is a win-win," he said of his daughters being pregnant simultaneously. "I'm a proud father and, of course, grandfather."