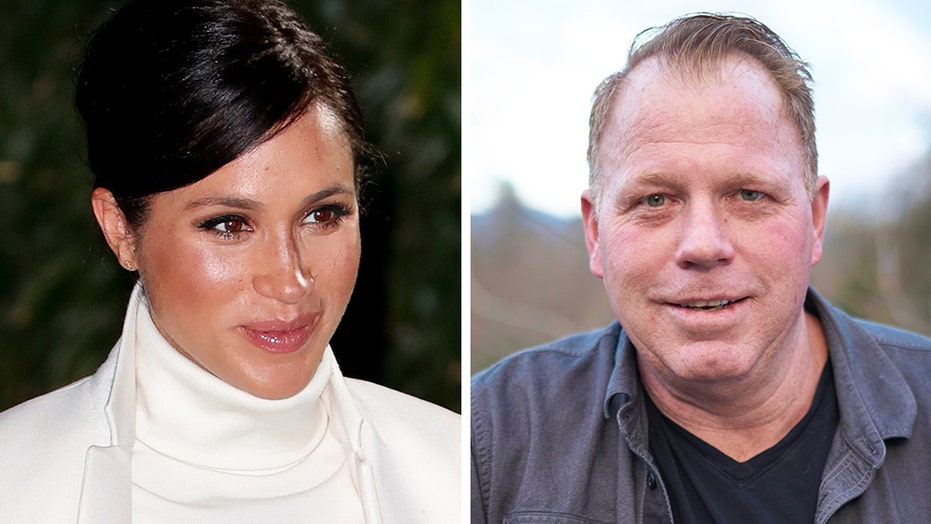 Meghan Markle's estranged half-brother Thomas Markle Jr. is urging the Duchess of Sussex to make amends with their father.

“I think seriously what should happen is that Meghan should actually just seriously get off her high horse, call her father, make amends,” the 54-year-old told U.K.’s Express on Monday.

“The guy dedicated his whole entire life to her – where she is at today is because of him,” he continued. “That is the only reason and I mean enough is enough. My dad’s dying wish, he tells me on the phone, is just so he can just make amends and see [his grandson] Archie. And have his daughter back in his life – I mean, we owe him that.

“I’m sorry for that last three years of bad press. It should have been done differently a long time ago and she could have had a big decision in that. Reached out a little bit more and we would probably have a better time right now.

"It’s in the past and there is no instruction booklet for all this and how everything went down. I would say it is the last thing that she does, she needs to call her father.”

Meghan Markle, her father Thomas Markle and Prince Harry have been feuding since before the royal wedding. Thomas staged a paparazzi photoshoot, much to the Duke and Duchess of Sussex's chagrin, and hasn't stopped speaking to the press since before the big day — which he missed, allegedly due to suffering a heart attack. (Getty / YouTube / Getty)

According to the outlet, the 38-year-old has not seen her father Thomas Markle, a former Hollywood lighting director, well before her wedding to Britain’s Prince Harry in May 2018.

The couple welcomed a son, Archie Harrison Mountbatten-Windsor, in May 2019.

Thomas Jr. told the outlet the former American actress can help repair things with her family by picking up the phone.

“Seriously, he has only got a few good years left,” he said. “I talked to him the other day and this is going to hurt but he is to the point where he actually doesn’t really care if she comes back into his life or not. He is so frustrated because he can’t get a message to her. He is still bewildered, he is still lost, he is getting frustrated now to where he is just going to enjoy the rest of his life and he is just going to blow it off.”

Thomas also stressed he hopes to see his 10-month-old nephew who he has only seen in newspapers and magazines.

“I want to part with the queen – why not?” he said. “I think it would be great. The entire royal family would have a good time sitting around and talking to me and my father.”

He has since released excerpts of a letter his daughter wrote to him shortly after her wedding in May 2018. He has also made controversial comments about the former “Suits” star to British tabloids.