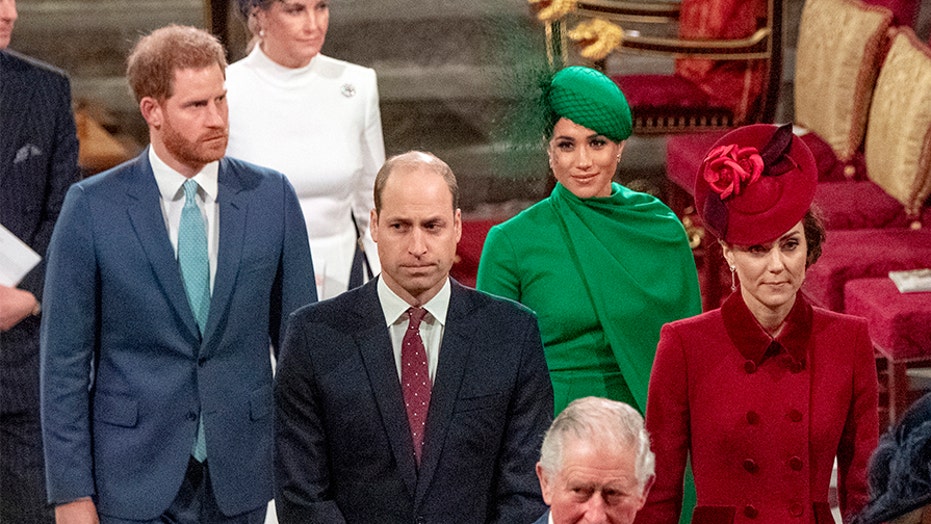 Kate Middleton is reportedly already feeling the loss of her brother-in-law Prince Harry and his wife Meghan Markle.

A source close to the palace told Vanity Fair royal correspondent Katie Nicholl that the Duchess of Cambridge feels “very sad” about the couple’s last appearance before stepping down as senior royals.

“To be honest, I think Kate has taken it all badly,” a source told Nicholl. “She, Harry and [her husband Prince] William were once such a happy trio. She thinks what has happened is all very sad.”

A friend of Harry and Markle also shared, “It’s not been easy for anyone. I think they’re both pretty emotional.”

Despite the departure, Markle, 38, is said to have already started her new life after flying straight to Canada from the Commonwealth Day Service in the U.K. to reunite with her 10-month-old son Archie. Meanwhile, Harry, 35, is reportedly still in the U.K.

Harry and Markle were spotted seated in the second row of the procession next to Harry’s uncle Prince Edward and his wife, Sophie, Countess of Wessex, People magazine reported. Not too long after, Prince William and his wife Middleton arrived to take their seats in the front.

Harry and Markle smiled and greeted William, 37, and Middleton, 38, who both offered brief hellos. And while they were all waiting for Queen Elizabeth II’s arrival, there appeared to be no interaction between the brothers and their wives. Markle and Harry spoke with Edward, 56, while Middleton chatted with Sophie, 55, and William.

On Jan. 8, Harry and Markle announced they will take “a step back” as senior members of the royal family and instead work independently, splitting their time between the U.K. and North America.

"We have chosen to make a transition this year in starting to carve out a progressive new role within this institution," the couple shared on Instagram. “We intend to step back as ‘senior’ members of the Royal Family and work to become financially independent while continuing to fully support Her Majesty The Queen. It is with your encouragement, particularly over the last few years, that we feel prepared to make this adjustment.

The couple added they will continue to work with the reigning monarch, 93, as well as Harry’s father Prince Charles and Prince William.

"We look forward to sharing the full details of this exciting next step in due course, as we continue to collaborate with Her Majesty The Queen, The Prince of Wales, The Duke of Cambridge and all relevant parties," the couple said. "Until then, please accept our deepest thanks for your continued support."