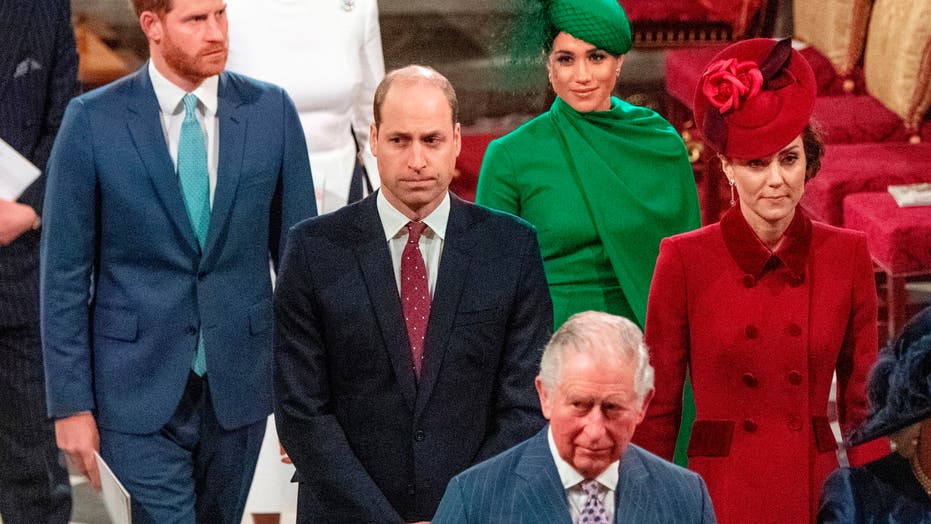 Prince Harry and Meghan Markle made their final appearance as senior royals on Monday for an annual Commonwealth Day service.

The Sussexes joined Queen Elizabeth II and other members of Britain's royal family at Westminster Abbey. The televised event was expected to be the last time the couple works alongside the entire Windsor family before they fly off to North America.

However, according to People magazine, it was an awkward family reunion for the pair.

Britain's Prince William and Kate Duchess of Cambridge, front, with Prince Harry and Meghan Duchess of Sussex, behind, attend the annual Commonwealth Service at Westminster Abbey in London Monday, March 9, 2020. Britain's Queen Elizabeth II and other members of the royal family along with various government leaders and guests are attending the annual Commonwealth Day service, the largest annual inter-faith gathering in the United Kingdom. (Phil Harris / Pool via AP)

Per the outlet, during the Queen’s procession, the Duke and Duchess of Sussex arrived in their seats in the second row, which were next to Harry’s uncle Prince Edward and his wife, Sophie, Countess of Wessex. Not too long after, Prince William and Kate Middleton arrived to take their seats in the front.

Harry, 35, and Meghan, 38, had a short interaction with the Cambridges, the outlet reported.

The couple smiled and greeted William, 37, and Kate, 38, who both offered brief hellos. And while they were all waiting for the queen's arrival, there appeared to be no interaction between the brothers or their wives. Meghan and Harry spoke with Edward, and Kate chatted with Sophie and William, according to People.

Britain's Prince Harry, Duke of Sussex (L) and Britain's Meghan, Duchess of Sussex (2nd R) follow Britain's Prince William, Duke of Cambridge (C) and Britain's Catherine, Duchess of Cambridge (R) as they depart Westminster Abbey after attending the annual Commonwealth Service in London on March 9, 2020. - Britain's Queen Elizabeth II has been the Head of the Commonwealth throughout her reign. Organized by the Royal Commonwealth Society, the Service is the largest annual inter-faith gathering in the United Kingdom.  (PHIL HARRIS/POOL/AFP via Getty Images)

Harry and Meghan were ushered to their seats before the monarch's arrival instead of awaiting the queen and walking through the church with her as they did last year.

In a change from the order of service, Prince William and his wife, Kate, the Duchess of Cambridge, also didn't take part in the traditional procession of the queen, making the outgoing royals' absence less glaring.

The service -- which also featured no hand-shaking, apparently because of the coronavirus -- ended the two-month drama that began when the couple announced plans to step back as senior members of the royal family in January, and into a world where they will have to earn a living. It's uncharted territory for the House of Windsor, which only has the abdication of Edward VIII in 1936 as a guide to the potential pitfalls.

“[The Windsors] have lost a major attraction for the future,'' Pauline Maclaran, co-author of “Royal Fever: The British Monarchy in Consumer Culture," told The Associated Press.

The Commonwealth Day service is a major event on the royal calendar, largely because the 93-year-old monarch has embraced the organization for much of her life. She became head of the network of 54 countries in 1952 when she was 26.

Elizabeth has long considered supporting good relations among Commonwealth members to be her own particular political project, Philip Murphy, director of the Institute of Commonwealth Studies at the School of Advanced Study at the University of London, explained to The Associated Press.

"It’s not just what a lot of people would call Imperial nostalgia — a yearning for the good old days of the Raj,'' Murphy said. “The queen has always embraced an evolving Commonwealth and supported the notion of Britain as a multiracial country because it is part of a multiracial Commonwealth.''

The queen gave Harry and Meghan the titles Duke of Sussex and Duchess of Sussex on their wedding day. Starting at the end of this month, the Sussexes will no longer use -- but will retain -- their royal titles as they pursue a new life of financial freedom in North America. 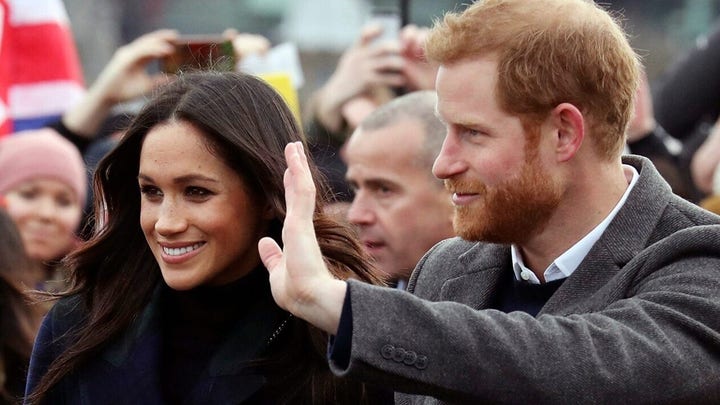 The couple is expected to earn their keep at least partly through speaking engagements, which can net as much as $400,000 per event for the most sought after speakers such as former President Barack Obama.

They've already had at least one speaking engagement, at a JPMorgan investment conference last month in Florida, but it isn't known whether they were paid or how much.

Among the things they might have to pay for? Security. The Canadian government has said it wouldn't cover the cost of the couple's security detail once they step back from royal duties.