George Miller's action epic "Mad Max: Fury Road" has been feeling a lot of love this awards season, and the 70-year-old director cannot make it to every single ceremony. When he was unable to make it to the Critics' Choice Awards in Santa Monica, California on Sunday, he had some close friends accept the award on his behalf: "Fury Road"s Five Wives.

RELATED: Charlize Theron Has the Perfect Answer to a Question About 'Mad Max: Fury Road' Being Feminist

"Go George Miller!" said Kravitz, who was the first of the group to address the crowd. "George created a film that was not only crowd-pleasing but was groundbreaking - and was f**king awesome!"

"It was a privilege for us all to be part of his vision," Huntington-Whitely added. "Especially since, in a male-dominated genre, this film was truly inspired by women."

With this Critics' Choice win, Miller find himself charging into the Oscar race with some power in his engine.

For more from Mad Max: Fury Road, which is the fourth installment in the cult classic franchise, check out the video below. 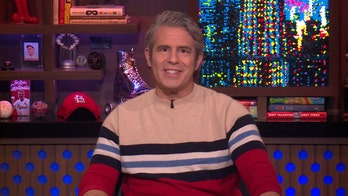