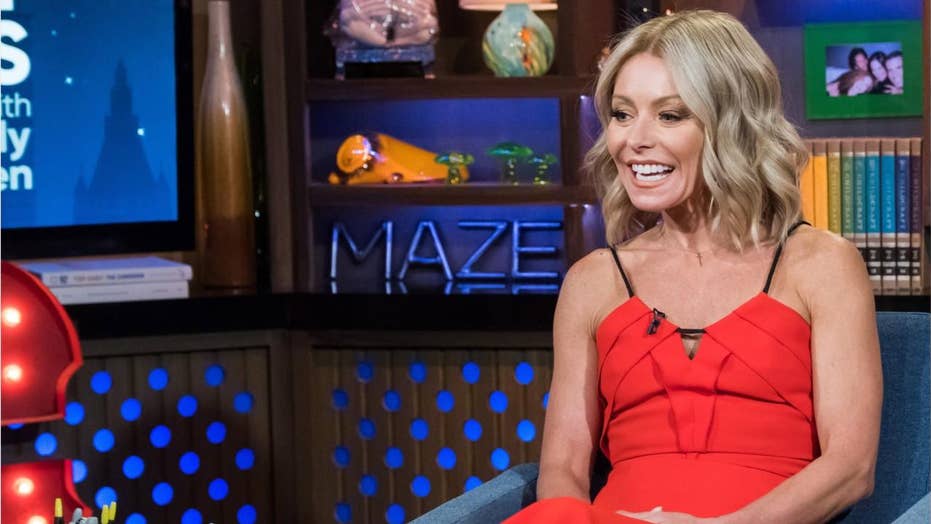 TV host Kelly Ripa named ‘clap back queen of Instagram,’ following an interview with InStyle where she explains her usage of social media and why she interacts.

Kelly Ripa recently called out a social media user who compared her to a cardboard cutout.

On Thursday, Jerry O’Connell shared a photo of the 48-year-old host on Instagram to promote her upcoming appearance on the debut of his new talk show, "Jerry O."

"My friend @Kellyripa is my first guest! Submit your questions for Kelly in the comments and I may ask her your question on Monday, during the premiere of the @jerryoshow!" O'Connell, 45, captioned the picture.

The post elicited a wide range of questions from social media users, however, one comment, in particular, wasn't as kind and prompted Ripa herself to respond.

"Why? There are so many interesting people out there who don't already have way too much time on tv, why her (or any other cardboard cutout tv like seacrest etc.) Even you can't transcend the boringness of that kind of guest," one person wrote in the comments section about Ripa and her "Live with Kelly and Ryan" co-host, Ryan Seacrest.

Ripa fired back, writing: "It's August, so non cardboard cutout tv people are in Italy, and truth be told, I'm pretty exciting."

Others also came to Ripa's defense.

"@kellyripa is very interesting! She's honest and funny and makes for great tv! Wouldn't miss this interview!" wrote one person.

Kelly Ripa, pictured here at the 91st Annual Academy Awards on February 24, 2019, has previously been given the moniker "Clapback Queen of Instagram," according to InStyle. (Dan MacMedan/Getty Images)

Echoed a second: "@kellyripa you go girl.. you are much more than a cardboard cutout person."

This isn't the first time Ripa has hit back at a social media user.

The TV host previously called out an Instagram user who said the star was "too old" for her husband, Mark Consuelos. And in June 2018, the mom of three fired back at a troll who questioned her work ethic after she shared vacation photos.

Last November, Ripa reflected on her moniker — the “Clapback Queen of Instagram" — in an interview with InStyle.

“For me, I look at social media like I look at most parts of my life — it's incredibly silly,” Ripa told the outlet. “It’s an indulgence that I tend to have when I'm really either sitting in traffic, going to an airport, at the dentist, or when I have down time. When I clap back, I am very bored and I have time on my hands.”

Ripa explained that criticism is a constant in her life.

KELLY RIPA SAYS 'PEOPLE INSULT ME ALL THE TIME,' EXPLAINS WHEN SHE CLAPS BACK

“I mean, people insult me all the time,” she added. “I actually don’t take it personally. My whole thing, I think it’s funny when people insult me and they can’t spell. So that’s the only time you'll see me weighing in. That’s the only time because I'm like, if you’re going to insult somebody, have a basic, basic, basic handle on punctuation or spelling the word ‘too.’”

She also offered some advice for her critics.

She did note, however, that she’s had trolls “insult me and preemptively block me, which I find really funny.”