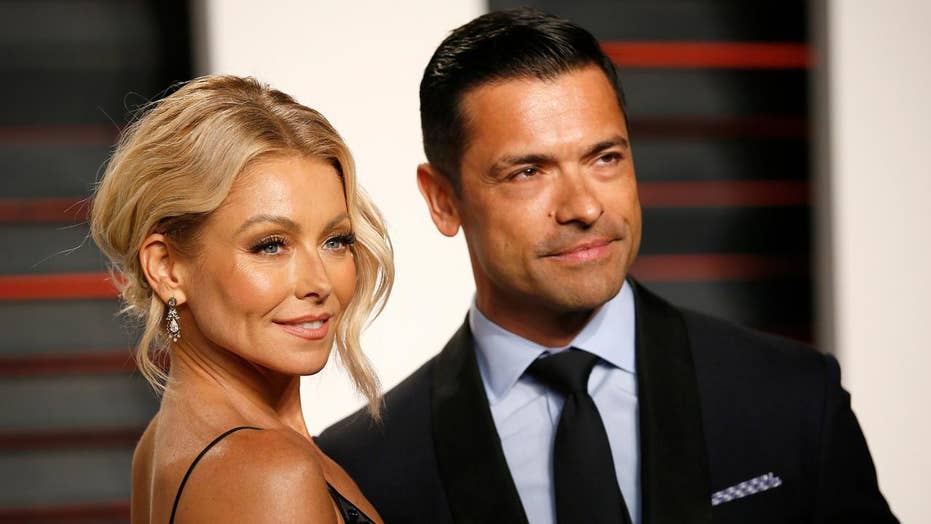 Mark Consuelos did not hold back when it came to defending his wife Kelly Ripa against angry body-shamers after posting a picture of Ripa wearing a bikini and strolling in the ocean on Instagram.

Kelly Ripa isn't afraid to defend herself when it comes to haters on social media.

The 47-year-old "Live With Kelly and Ryan" host Instagrammed a sweet photo of herself and husband Mark Consuelos in Greece on Wednesday, and one user decided to criticize her for going on vacation. Ripa -- who's known for epically clapping back at her haters -- responded with a comment.

Kelly Ripa and Mark Consuelos Look So In Love On Getaway In Greece -- See the Pic!

“She’s the only anchor with the whole summer off,” the commenter wrote in response to another fan asking if "Live" was being pre-taped. “She doesn’t work that hard to begin with.”

Ripa later tagged the commenter, and called her out on her statement.

“I’m not an anchor, I don’t have the whole summer off, and I work extremely hard," she replied. "Anything else?”

Of course, the mother of three didn't let the negative comment get her down. On Thursday, she shared a sweet photo of Consuelos and their sons, 21-year-old Michael and 15-year-old Joaquin, recreating a picture they took in Greece in 2014.

Last month, Ripa shared amazing throwback photos of her 1996 wedding to Consuelos -- when the two eloped in Las Vegas -- to celebrate their 22nd wedding anniversary.