The outrageous songstress likes getting sexy, doesn't like casual sex.

Katy Perry was on the brink of stardom for a few years before she made it big with her hit “I Kissed a Girl,” in 2007. And as she struggled to find fame in Hollywood the now 29-year-old starlet said she did backup vocals for some of the biggest stars—including a very, very friendly Mick Jagger.

In a recent interview with Australian DJs Ash, Kip & Luttsy, on Nova FM, Perry claimed that Jagger came on to her when she was about 18 years old.

Perry worked with the Rolling Stones rocker on his hit “Old Habits Die Hard,” and she said she even went out to dinner with the now 70-year-old icon.

“I actually went to dinner with [Jagger] one time, and he hit on me when I was like 18!” she said. “That was a long time ago, and he’s been very kind.”

“Well you bring a friend and then they do them!” Perry said. “You sacrifice your friend.”

"Mick Jagger categorically denies that he has ever made a pass at Katy Perry...Perhaps she is confusing him with someone else," the rep said. 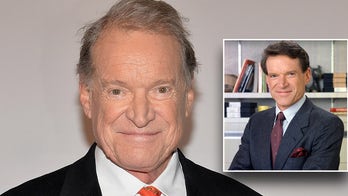