Katherine Schwarzenegger showed off her massive rock from fiance Chris Pratt at a Galentine's Day party on Tuesday.

Schwarzenegger, 29, sported a black crop top, leggings and sneakers to host the sponsored soiree, which took place at a Beverly Hills yoga studio and boasted guests including model and Justin Bieber ex Baskin Champion and "The Hills" star Whitney Port.

Her five carat ring was on full display for the party.

Pratt, 39, recently revealed that he and Schwarzenegger were looking into a fall or winter wedding and in January said he wanted to have "lots of kids" with his future bride.

In 2017, Schwarzenegger admitted in an interview that she had a crush on Pratt moreso than the other Marvel "Chrises" Hemsworth or Evans.

CHRIS PRATT AGREES THAT CHRIS HEMSWORTH IS THE SEXIEST CHRIS 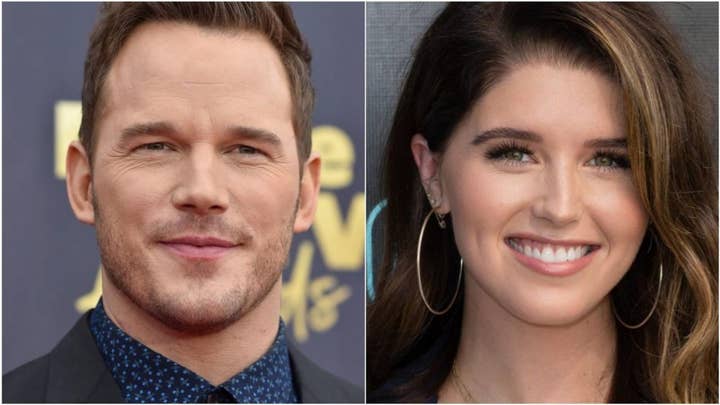 The couple announced their engagement last month, with the "Guardians of the Galaxy" star writing on Instagram,  “Sweet Katherine, so happy you said yes! I’m thrilled to be marrying you. Proud to live boldly in faith with you. Here we go!”

Pratt and Schwarzenegger were reportedly introduced by her mother, Maria Shriver, who met Pratt at church.

The actor has come under fire recently for his participation in the Hillsong ministry, which actress Ellen Page accused of being anti-LGBTQ. Pratt denied that his worship had anything to do with bigotry.