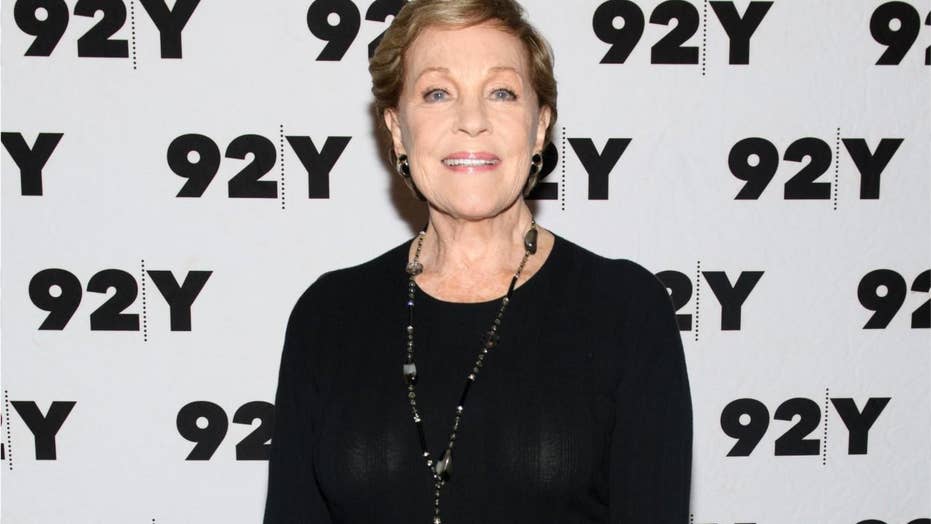 Sexual harassment accusations are foreign to Julie Andrews. The Oscar-winning actress said she was never sexually harassed in Hollywood. She believes she avoided those kinds of situations because she was married to filmmaker Blake Edwards.

Julie Andrews believes it was her family that protected her from the casting couch.

The star admitted she was “certainly aware of the tales” about actors and actresses who were pressured into have sex with casting agents to get sought-after parts in Hollywood.

“I was certainly aware of tales about the casting couch,” she told The Guardian on Thursday. “But I was so busy working and raising my kids and being married to Blake Edwards eventually, it was an extremely busy life, and to a certain extent that put a protective fence around me, I think.”

Andrews married the filmmaker in 1969. The couple adopted two daughters in the ‘70s. She is also an advocate for the rights of children and orphans in Vietnam and Cambodia.

US director Blake Edwards poses with his wife Julie Andrews, after receiving the Legion of Honor, on May 09, 1992, during the International Cannes Film Festival. (MICHEL GANGNE/AFP/Getty Images)

When the outlet asked if her desire to adopt children was linked to her turbulent childhood, Andrews responded: “I think it had more to do with — well, you know, I was just a working girl in my teens, traveling around England, singing my heart out, learning my craft.”

“But once I got to Broadway and Hollywood, the films drew me into that particular work, and I found that it was what I wanted to embrace because it was giving me so much pleasure,” she continued. “Those movies led me into this concern for kids, and I think probably subliminally I was trying to give them as good a feeling as I could. I have no idea if that comes from my own childhood It was just the way I stumbled forward in the world.”

According to the outlet, Andrews’ mother yanked her out of school at age 15 and put her on stage to help support the family as the breadwinner. Her stepfather, a vaudevillian, was also an alcoholic who twice tried to get into her bed, which resulted in Andrews putting a lock on her bedroom door.

Andrews’ marriage to Edwards lasted until his death in 2010 at age 88.

Andrews previously told Radio Times magazine she was never sexually harassed in Hollywood because men were scared of her husband.

“I understand #MeToo very well,” said the British star. “It’s an important development and it should be recognized. A lot of things that were done in the old days were not done consciously, but they have to be changed today.”

“I was very fortunate I didn’t have any harassment in the business because, happily, I was married to Blake, who was highly respected and I don’t think people thought to bother with me,” Andrews continued. "I started working with him fairly early on, so I didn’t have any of that to deal with. That said, I’m all for equal pay and respect for women, all the things the #MeToo movement stands for, and I think it will eventually shake into newer respect for all the right things. It’s happening.”

Andrews’ film career began with “Mary Poppins” in 1964, after being passed over by film executive Jack Warner for Audrey Hepburn in the screen adaptation of “My Fair Lady,” Variety reported.

Andrews went on to earn an Academy Award for her portrayal of the magical nanny. She was nominated again the following year, in 1966, for “The Sound of Music” as Maria von Trapp.

Her late husband is the filmmaker behind Hepburn’s 1961 hit “Breakfast at Tiffany’s.” Together, Andrews and Edward raised five children.

“Blake was the most charismatic and interesting fellow you could possibly meet,” Andrews revealed at New York City’s 92nd Street Y, as reported by Variety. “He was hilariously funny and had such a dark sense of humor that just put me away that I loved so much.”

“But he was also, at times, a very depressive personality and had a very difficult time,” Andrews admitted. “I knew him very well, and he knew me very well — we were married for 41 years before he passed — but he did have horrible bouts of depression, and he wrote more and more biographically the longer our lives went on.”

Andrews still kept busy pursuing her passion for acting after Edwards’ passing. Andrews said she hopes fans will remember her for bringing “a certain joy or delight in music and all things.”

“I’m so lucky, really, to have been that lady who was able to do all those wonderful things,” she explained. “My mother used to say, ‘Don’t you dare pull rank. There are so many people who can do what you do just as well. Be grateful, get on with it.’ And she was right. And so, I hope that what I do gives joy and makes people curious, which is I think one of the best qualities you can have in life, to be curious about things. And maybe that kind of thing would be nice to have as a legacy.”