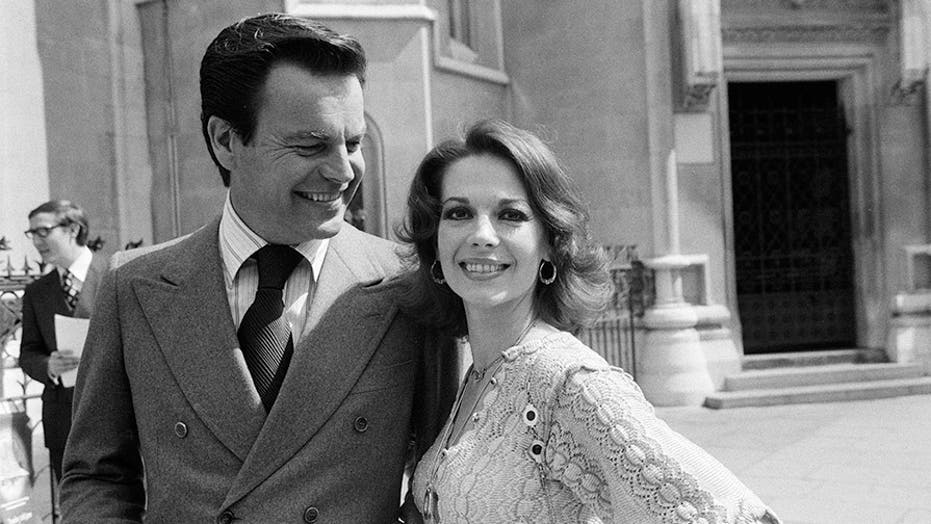 On Nov. 29, 1981, when Natasha Gregson Wagner was just 11 years old, her father Robert Wagner came home with devastating news — her mother Natalie Wood had died in a drowning accident while the couple was on their boat in the waters of Catalina Island with actor Christopher Walken.

For the first time since her mother’s death at age 43, Gregson Wagner is opening up in front of cameras and sharing what it was like growing up with the Hollywood star and how the family has cope with the grief for decades. The 49-year-old is appearing in a new HBO documentary titled “Natalie Wood: What Remains Behind,” which features interviews with Wood’s loved ones, closes friends and confidants.

The film is premiering on May 5 — the birthday of Wood’s second husband, Richard Gregson, Gregson Wagner’s biological father. However, she proudly refers to both men like her father.

Richard Gregson and Natalie Wood were married from 1969 until 1972. The British producer, who appeared in the documentary, passed away in 2019 at age 89.

“It was really cathartic for me,” Gregson Wagner told Fox News about creating the special. “It was really healing for me. It was such an incredibly positive experience, just seeing the home movies, getting into her journals, and listening to people talk about her. It was a collaboration of everything that I remember my childhood to be. So more than challenging to revisit, it was truly healing.”

Wagner, 90, also appeared in the documentary where he detailed his relationship with the actress. The couple tied the knot in 1957 but called it quits in 1962. They would go on to remarry in 1972 and were together until Wood’s passing. The couple raised Gregson Wagner and shared a daughter named Courtney Wagner, who also spoke out in the film.

For decades, the family had to endure years of ruthless scrutiny from tabloids claiming Wagner was involved in Wood’s death that night.

Gregson Wagner said the patriarch didn’t think twice about participating in the film to set the record straight.

“I didn’t have to convince him at all,” she explained. I told him that [filmmaker] Laurent [Bouzereau] and I were going to make this documentary… I told him we wanted him to be in it and he said, ‘Of course.’ I think my dad really loved Laurent and really connected with him. I think he felt very safe in his bands and safe with me. He could share his memories and tell his side of the story on his terms, which is the way he wanted to do it.”

Gregson Wagner believed her father was courageous in revisiting bittersweet memories of his spouse, especially after decades of painful speculation In 2018, the Los Angeles County Sheriff’s Department said Wagner was a “person of interest” in the case. The family is adamant that their father, who was determined to give them a loving upcoming despite being in the public eye, wouldn’t have harmed their mother in any way. What occurred that night was a tragic accident.

“I am always blown away by his courage,” she said. “As my dad and knowing him for basically my whole life, I know him to be such a courageous person. I was just so proud of him. I felt like he was so transparent, elegant, gracious, emotional, connected and present. He was everything that I know him to be, so it felt like an incredible experience to bear witness as his daughter. He’s one of the great loves of my life. He moves me every day and he deeply moved me on those days [of filming] for sure.”

Bouzereau stressed to Fox News that the documentary is meant to be a loving portrait of Wood's life, not a lurid piece analyzing her demise. He pointed out that in her lifetime, Wood was a box office force who successfully transitioned from child star to Hollywood royalty, all while raising her family behind closed doors. And in between, Wood was determined to have a say in her career during an era when female stars were expected to merely appear glamorous.

Natalie Wood in a business meeting. (Bill Ray/Courtesy of HBO.)

“I was not interested in doing an investigative kind of film with a sensational bent to it,” he said. “I was interested in telling the story of a family… not just about a tragedy. I think the people who tell the story of Natalie in this film are the true people she cared about and the people who really experienced her in a way that’s not been documented before… I don’t know that you could make this film as honestly as we did today without them.”

“If you look carefully, there’s always light [in the film],” he continued. “It has elements of a dark story and of a tragedy. And I didn’t want the interviews to be shot in a dark environment, because that would have informed the viewers on the wrong aspects of this legacy. When we were filming with Mia Farrow, I remembered it had snowed and it was dark… As we were talking about Natalie, the sun came out, and we actually had trouble in post-production because the shot started getting overblown. But I just felt the elements were telling us that we are telling a bright, beautiful story. The light was coming through.”

Natalie Wood with Natasha Gregson Wagner in Hawaii, circa 1978. (Courtesy of HBO.)

“My mom made being a mom feel really effortless,” said Gregson Wagner. "She loved it so much. She was always singing songs with us. We were always painting and reading. She was always there to talk to. I hear her voice a lot when I talk to [my daughter] Clover. Like, ‘What are we going to do today? Are we going to take a walk?’ Just the little mundane things. I can hear her voice in my ear when I talk to my own daughter.”

“My parents wanted their children to have that constant feeling of being loved and nurtured - the joy of childhood,” she continued. “And that’s what they did. Friends came over all the time and sometimes they went out. But the focus was really on us. I think we felt really safe in their world and around them. They were able to create just a bustling, joyful, jubilant kind of atmosphere for us to grow up.”

Gregson Wagner hopes the documentary will shed new light on her mother to viewers. She said the special is ultimately a celebration of her brief life and what she was able to accomplish along the way, both in Hollywood and as a parent.

“I hope that audiences will get a very clear picture of this woman who was so strong, funny, joyful, empowered and courageous,” she said. “She had a great life. It wasn’t a long one, but it was the one she wanted to have. She was the architect of her own life.”

"Natalie Wood: What Remains Behind" will premiere exclusively on HBO May 5 at 9:00 p.m. ET.