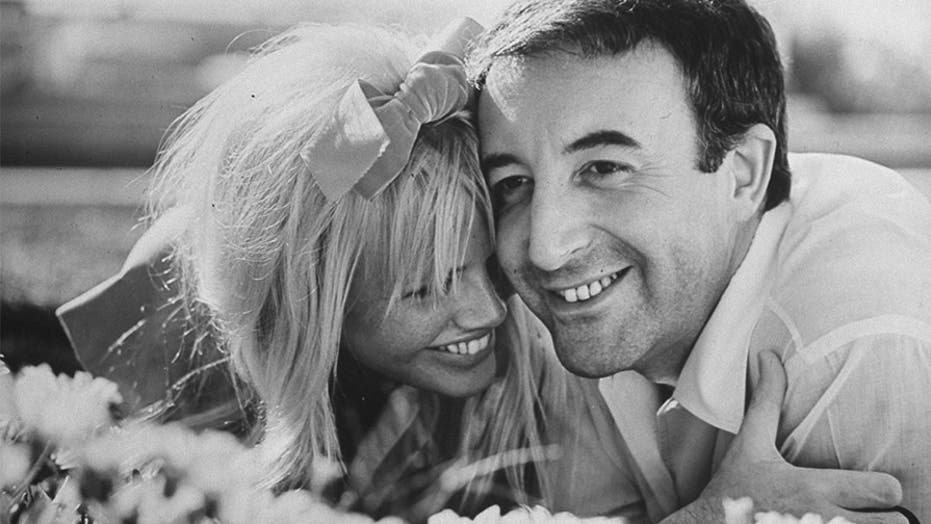 Former Bond girl Britt Ekland is opening up about her marriage to Peter Sellers in a new documentary marking the 40th anniversary of the actor’s death.

In the upcoming BBC special titled “Peter Sellers: A State of Comic Ecstasy” airing on May 9, the actress described the British comic icon, who suffered from drug and alcohol addiction, as controlling and mentally unstable, The Guardian reported on Monday.

The 77-year-old alleged that Sellers would choose what she should wear and threatened her with divorce “every Friday night – and by Monday there would be a make-up lunch or present.”

“He obviously suffered from or was bipolar, severely bipolar,” Ekland claimed. “He was a very tormented soul who should have had more help. But instead, he was unable [to] because he was such a valuable asset.”

According to the outlet, the couple met after Sellers spotted a photograph of the Swedish blonde bombshell in a newspaper and realized they were both staying at the Dorchester in London.

“I thought that I would like to meet what I saw,” said Sellers in the documentary’s archive footage.

Ekland had come to Britain to make her premiere as 20th Century Fox’s new star. She was taking a bath when a knock at the door would forever change her life.

“I wrapped a towel around me and rushed to open the door,” she recalled. “This very tall gentleman said, ‘I’m Mr. Sellers’ valet.’ Would I like to come to his suite?”

Two days after their first date, Ekland said Sellers called her and admitted he told the press they were getting married.

“By the time we married [it] was probably little more than three weeks [later],” she said.

The pair tied the knot in 1964. Ekland said it didn’t take long for her to notice Sellers’ strange habits.

“He decided what I was going to wear,” she said. “He just pre-decided everything without ever asking me.”

She also claimed it was Sellers’ actions that got her fired from the 1964 film “Guns at Batasi.”

“He called me and said, ‘Ask the production if you can have an extra day off,’” she said. “And they said no. He just said that’s taken care of. Someone drove me to the airport. The next thing I know I land in California, where I’d never been before, with no clothes. The plan was I would spend the weekend and then I would fly back. When I arrived, he said, ‘I have a doctor here because you don’t look well.’ The doctor said, ‘She’s suffering strain and stress. You can’t possibly go back to filming.’”

When asked in the documentary if she was actually sick, Ekland responded, “Of course not.”

“I was 21 years old, fit as a fiddle, but I had no choice,” she said. “I couldn’t have said, ‘I’m sorry, I love you, but I’ve got to go back to work now.’ There was no option for that… I was fired from the film. I was taken straight back to our marble palace. He took me into the bedroom, which was all gold and white, and then next to it was a walk-in closet. He’d bought everything you could possibly need as a woman who didn’t have any clothes, from evening gowns to bikini. The bikini was actually of mink… I was floored.”

But the marriage wasn’t a fairy tale. In fact, Ekland said when she re-read her diaries, she saw the repeated use of the Swedish word for “fight.” And she vividly remembered one incident that occurred in Rome after they were harassed by paparazzi.

“He just went on and on,” she said. “This continued all night and he took my radio and smashed it. In the end, he called our agent and said, ‘Come and pick her up.’ I knew that this time I could never go back.”

Sellers passed away 1980 at age 54 from a massive heart attack.