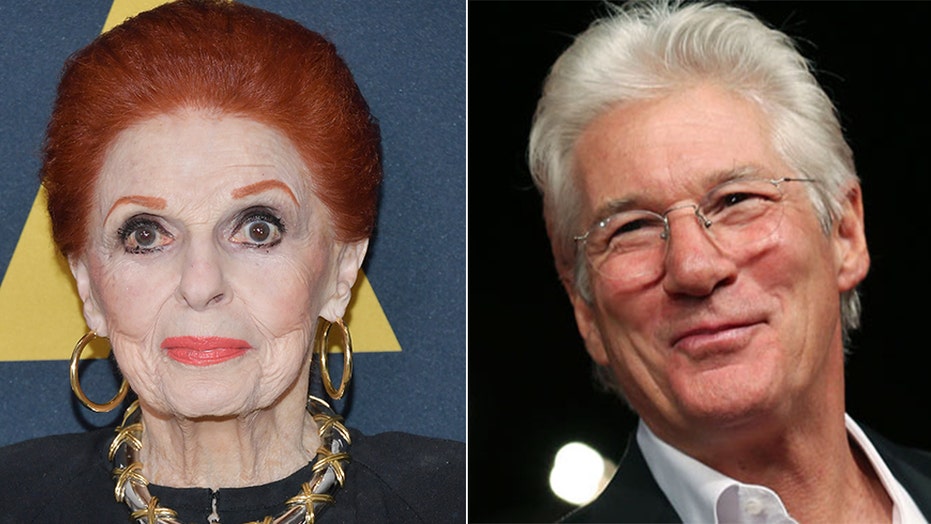 On Feb. 8, 1980 “American Gigolo” premiered in theaters, quickly transforming Richard Gere into a sought-after sex symbol and the Armani suit into a fashion-must have.

But for Carole Cook, it was another gig she was eager to take on — one that left an unforgettable impression on her.

The mystery film, directed by Paul Schrader, tells the tale of how a Los Angeles male escort (Gere), who mostly caters to an older female clientele, is accused of a murder he did not commit. The film also stars Hector Elizondo, Nina van Pallandt, as well as supermodel Lauren Hutton, among others.

The movie caused a stir for showcasing full-frontal male nudity, which Gere, now 70, previously told Entertainment Weekly that it happened naturally and wasn’t originally in the script.

Cook, who appeared in the film alongside Gere, spoke to Fox News about the original actor who ultimately turned “American Gigolo” down, what it was really like working with Gere, and how she unexpectedly paid tribute to her pal Lucille Ball while filming.

Fox News: Does it surprise you that “American Gigolo” is still getting a lot of buzz 40 years later?

Carole Cook: No, it doesn’t. The reason why I wanted to do it so much was that Paul Schrader wrote it and directed it. He was edgy - I love that word. And Paul Schrader is terrific. So for me, it was fabulous for me to do this. But 40?! I want you to know I was a child star at the time *laughs*.

Fox News: Is it true that John Travolta was originally in the film before Richard Gere?
Cook: That is true. At the time, his manager approached me and said, “There’s a part in the film that I think you should consider.” I said, “Loved to.” And that was that. But then I heard that John Travolta was not doing it.  Then I thoughts, “Oops, there goes the part.” But Paul Schrader met with me anyway. He said, “You still have the part - welcome aboard.” That’s when I then learned of Richard Gere. And this film made Richard a star.

Supermodel Lauren Hutton starred in the motion picture, which premiered in 1980. (Paramount Pictures)

I wish I could remember which movie John Travolta ended up doing after getting out of “American Gigolo.” But whatever he did, he did it well too *laughs*. They both are still big stars today.

Fox News: What was your first impression of Richard?
Cook: A gentleman. He was so cordial. All my scenes were in his in the movie so I really didn’t get to know anybody else. But he was so friendly right from the beginning. My scenes with him were so wonderful. I do remember that he was always very quiet and so observant.

And apparently, he was carrying the mother lode on that movie! But I’m telling you, he looked fabulous and he was a wonderful actor. I was very impressed with him. He really was there to work and be the best that he could be. And that was good enough. There was no ego.

I remembered how fabulous he looked. When he would get his ensembles together in a scene - oh, how wonderful. I remembered at the time, “This is something you would normally see the woman do in a film. But he made it look so swell.” He made Armani so popular and it’s easy to see why.

"When Richard looks at you, he really sees you," Cook tells Fox News of Gere's acting chops. (Paramount Pictures)

I love doing those intimate scenes with him. He made me feel like a Southern grande dame. And I took to that right away. I almost needed a mint julep after filming a scene *laughs*. It was just swell! When Richard looks at you, he really sees you. And that helped! It certainly inspires you. Let’s not get dirty here. But it does. Forget sexual - he had a very seductive manner to him. You just wanted to talk to him and find out who he really is.

Fox News: What did you think of Paul Schrader?
Cook: I just thought Paul Schrader was wonderful. As I said, he had an edge, which I loved at the time.

Fox News: What did you think of Lauren Hutton?
Cook: She was a very famous model at the time. I thought that was damn brave of her to do that. That was a big part for her to take on. I wished I was able to work with her more closely, but all my scenes were with Richard - not that I’m complaining. But I remember it being a very enjoyable experience.

Carole Cook revealed that John Travolta was originally in the film before Richard Gere. (Getty, Reuters)

Fox News: This film is recognized as a mainstream Hollywood movie that showcases frontal male nudity. How shocking was this back then?

Cook: That was the talk all over Hollywood. But I thought it was the men that make the motion pictures, which is why you don’t see frontal male nudity in films. Sure, they’ll have women do all sorts of things and put them in all kinds of positions, but they don’t have the men doing the same because apparently, the men are the ones in charge.

But everyone was talking about it at the time. But even seeing a man where all the gorgeous clothes - generally, that was a woman’s part in a movie. I thought it was daring. I mean, we are still talking about it now. It certainly made Richard’s career. And I guess John Travolta didn’t do so bad himself. *laughs*.

Fox News: What’s a fun fact about the film that would surprise viewers today?
Cook: I actually wore a dress in it that my dear friend Lucille Ball gave me. It was actually one of her favorite dresses to wear. She later gave me the dress and it stayed in my wardrobe… I remember going through my wardrobe one day and seeing it again. I thought, “That’s a perfect dress for the film.”

Lucille Ball called me and said, “Well honey, I saw that you wore my dress!” I sure did. I still remember it vividly. It was brown with a brown mink collar. I brought several dresses to the set and Paul chose that one. You may not be stunned by it when you see it, but I thought it was an elegant dress to wear, one that was given to me by a dear friend. And somewhere in my closet, I still have that dress. It’s funny, I have red hair still and I always joke, “Lucille Ball left me all of her old hair dye and I’m almost running out because she didn’t know I was going to live this long!”

Fox News: Have you stayed in touch with Richard?
Cook: I haven’t seen him much over the years. But my opinion of him has held up over the years. In fact, I remember doing the Broadway show “42nd Street” and he was on Broadway too doing “Bent.” We saw each other then and he couldn’t have been nicer. He was also wonderful in the play. It only confirmed it for me - I was right about his acting. Not only does he look good, but he can act! I just have fond memories of working with him. That’s all there is to it.

And I gotta tell you, he looks better with grey hair, I think. He looks fabulous. Well, I guess it’s because I have quite of bit of grey hair under this red dye. That’s gotta be it.